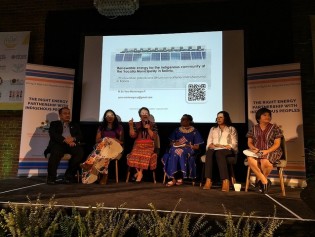 By Valentina Gasbarri
“We do not inherit the Earth from our ancestors, we borrow it from our children” – an ancient Indian saying that encapsulates the essence of sustainability as seen by the world’s indigenous people.
ADVERTISEMENT ADVERTISEMENT