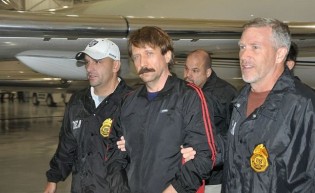 By Carlota Cortes
An investigation by the Conflict Awareness Project has exposed an active arms trading network of associates of former trafficker Viktor Bout that involves companies from the United States, South Africa and the United Kingdom, among other countries.
ADVERTISEMENT ADVERTISEMENT