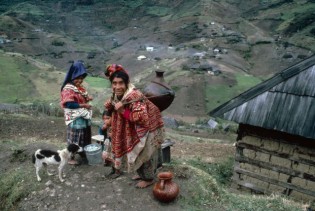 By Thalif Deen
As the United Nations continues its negotiations to both define and refine a new set of Sustainable Development Goals (SDGs) before a summit meeting of world leaders in September, Secretary-General Ban Ki-moon has expressed support for a new “International Decade for Water for Sustainable Development.”

By Thalif Deen
When the U.N.'s Millennium Development Goals (MDGs) reach their deadline in 2015, there will still be a critical setback: millions of people in the developing world without full access to safe drinking water, proper sanitation and electricity in their homes.

By Ousseini Issa
About 20 communities in Tillabéri, west Niger, have been declared open defecation-free zones as across the country, very few people have access to proper sanitation.
ADVERTISEMENT ADVERTISEMENT