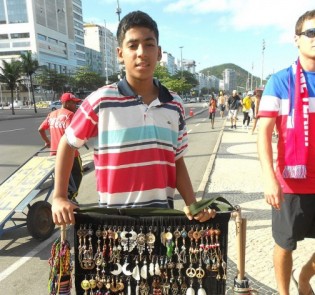 By Fabiana Frayssinet
Opinions are divided in Morro da Providência, Brazil's oldest favela, over construction works for the 2014 FIFA World Cup and the 2016 Olympics. While some residents are optimistic about the improvements that lie ahead, others point out that hundreds of dwellings will be demolished.
ADVERTISEMENT ADVERTISEMENT