NEW YORK, Feb 14 2011 (IPS) - More than 200 years ago, one of the United States’ founding presidents, Thomas Jefferson, famously remarked: “Every generation needs a new revolution.” Today, his words are more relevant than ever, as young people across the world mark 2011 as a year of change. 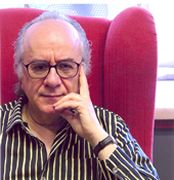 Judging by the recent uprisings in Egypt and Tunisia, and the strong turnout at last week’s World Social Forum (WSF) in Dakar, Senegal, activism is alive and well.

For a wrap-up on this year’s WSF and some insight into the recent uprisings, IPS spoke with Boaventura de Sousa Santos, author and professor of sociology at the University of Coimbra in Portugal.

Q: What were the highlights of this year’s WSF? A: In spite of organisational difficulties, this was a successful WSF for various reasons. First, Africa’s problems and Africa’s contribution to the world were at the centre of the WSF, precisely at the same time as the people in Cairo celebrated liberation and showed new ways of struggling for it. This focus on Africa became a source of inspiration for the U.N. International Year for People of African Descent, just beginning.

Second, an unprecedented amount of time was allocated to convergence meetings among social movements aiming at jointly planned collective actions.

Third, the renewal of the WSF is definitely on the agenda. The objective is to allow for political demands to be advanced globally in the name of important sectors of the WSF – without compromising the inclusive nature of the world meetings every two years – and to strengthen the self- education and training across national borders.

The latter, mostly young people, whom the organised civil society viewed as apolitical, brainwashed by mass consumption and mass media – in sum, lost for social causes – are showing that real change in the world occurs when a threshold is reached beyond which politics becomes equated with human life and human dignity.

Social movements have not reflected on the conditions, times and spaces of such threshold for the simple reason that they didn’t believe that such a threshold existed. For them, being organised meant – and still means – to be on the right side, and being unorganised, on the wrong side.

The real change in the world will occur when multiple Cairos will occur synchronically around the world, all different and all similar. The newest social movements will focus on their relations with the unorganised society and on the intercultural translation that will make possible insurgent transnational aggregation without global homogeneity.

Q: What can we learn from the recent global financial crisis? A: That capitalism is becoming more destructive than ever by squeezing more labour from workers that have a job and more subservience from those that don’t, by resorting to wage theft, by destroying all remnants of the social contract, by silencing, through the financial crisis, all the other crises – energetic, environmental, intergenerational, civilisational crises facing humankind.

We also learn that as long as the crisis is being “resolved” by those that caused it, the destruction will continue. At least, until when many Cairos emerge around the world, based on different grievances but united in the same struggle for social justice and democratic accountability.

Q: Do you think there is the possibility that the U.N. could be strengthened as a world parliament? A: We should struggle, not for spatially inflated forms of representative democracy, but rather for sub-national, national and regional articulations between representative and participatory democracy. In some cases, these two forms of democracy should be joined by communitarian democracy, as stated in the Constitution of Bolivia of 2009. In other words, we need demo-diversity as much as we need biodiversity.

Q: Neoliberal policies prioritise money, profit and the free market as drivers of development. What does “development” mean to you? And what, as a worldwide community, do you think we should prioritise? A: The concept of development emerged to legitimate its opposite: underdevelopment. All of a sudden the vast majority of countries of the world were labelled underdeveloped and the label reached much beyond their economies. Underdeveloped were also their institutions, their laws, their cultures.

The way out for all of them was to follow the path of the very few developed countries, that is, to obey the rules set by the latter for international relations at all levels. Concomitantly, the possibility of multiple modernities was precluded and modernity became, by definition, Western modernity. Indeed, the other “other” of development was not underdevelopment but rather socialist revolution.

Development is at heart a Cold War concept. Having this in mind, it is almost impossible if not self-defeating, to try to conceive of alternative conceptions of development. We need rather alternatives to development.

One of them could be the quechua concept of Sumak kawsay which, according to the Constitution of Ecuador of 2008, should preside over the socio-economic regulation of society. It means roughly buen vivir in Spanish or living well, in English. Living well means an aspiration of individual and collective flourishing that rather than setting us apart from nature – as inherent to the concept of development- conceives of nature as part of human society in such a way that human rights and the rights of nature are the two sides of the same struggle for social emancipation.

As the year of the Rio plus 20 (The UN Conference on Sustainable Development of 2012) approaches, giving credibility to the concept of Sumak kawsay may be a good way of indicating our priorities.

Q: The world is growing at an unprecedented rate. How can we handle this growth while being responsible to both people and the environment? A: Food sovereignty and what it entails is the solution.