RIO DE JANEIRO, Apr 6 2011 (IPS) - Scientists in Brazil have created the first map of clusters of antibiotic resistance in Brazil, linking the phenomenon to abuse of the drug and opening doors to guide public policies for antibiotic prescription and sales. 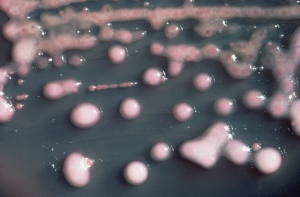 Out of 4,372 cases of urinary tract infection caused by the E. coli bacterium, registered in 2002 in two outpatient clinics of the capital of the southern state of São Paulo, the study found that 723 were resistant to treatment with ciprofloxacin.

Each case was geocoded on a digital map, based on the patient’s home address. Using this data, combined with the areas of influence of each point where the antibiotic is sold, the researchers determined the density of consumption of the medicine.

A statistical model and the geographic information system showed a link between resistance to the antibiotic and usage density, with the researchers identifying clusters of higher levels of risk to resistance to the medicine.

The study confirmed that in the case of this antibiotic, which is prescribed for urinary tract infections in women, “there is a high level of consumption that has led to the emergence and accentuation of resistance to ciprofloxacin” in the city of São Paulo,” the study’s coordinators told IPS in a written response.

But they said the study demonstrates with a high level of certainty that when a specific antibiotic is widely consumed by a given population group, the members of that community are at higher risk of infection with resistant bacteria.

Thus, “if many of our neighbours or people living nearby are using a specific antibiotic, it is possible for us to become infected with a more resistant bacterium, even if we have not recently taken antibiotics ourselves,” the authors added.

The study, “A spatial approach for the epidemiology of antibiotic use and resistance in community-based studies: the emergence of urban clusters of Escherichia coli quinolone resistance in São Paulo, Brazil”, was published Feb. 28 by the International Journal of Health Geographics.

The study was funded by the State of São Paulo Research Foundation (FAPESP).

The World Health Organisation made Combat Antimicrobial Resistance the theme for World Health Day (Apr. 7) this year, in response to one of the world’s most pressing public health threats.

Resistant organisms – including bacteria, viruses and some parasites – “are able to withstand attack by antimicrobial medicines, such as antibiotics…so that standard treatments become ineffective and infections persist and may spread to others. AMR is a consequence of the use, particularly the misuse, of antimicrobial medicines and develops when a microorganism mutates or acquires a resistance gene,” a WHO fact sheet explains.

EUREQA is fighting that risk. According to the WHO, more than 50 percent of antibiotic prescriptions are unnecessary. But they are big business. In Brazil alone, antibiotics generated some one billion dollars in sales in 2009.

The authors told IPS that there have been few studies carried out with similar methodology to assess the correlation between use of an antibiotic in a population group and the emergence of bacterial resistance to the drug in question.

Although no less important, most studies focus on aspects of “the mechanics” of bacterial resistance, they stressed.

“You could say that if studies of the mechanics answer the ‘how’ and ‘why’ of bacterial resistance, spatial-temporal quantitative epidemiological studies like EUREQA’s can answer the ‘when’, ‘where’ and ‘when’ of resistance,” said Monteiro.

These questions will help provide an understanding of the link between collective antibiotic use and the emergence of resistance in bacteria that cause diseases in humans.

Going more in-depth into this line of research, “with other quantitative maps,” could be useful in orienting “policies for sales or prescription of antibiotics,” the authors said.

Resistance to antibiotics has become a major public health problem in the last 10 to 15 years. In this South American country of 190 million people, the rate is high in comparison to industrialised nations, Dr. Alberto Chebabo, an infectologist at the Clementino Fraga Filho University Hospital in Rio de Janeiro, told IPS.

“There is a high level of resistance” in both the bacteria found in hospitals and infections in the community, he said.

Although “there are no nationally tabulated data, the local data show that 20 to 30 percent of the bacteria that cause urinary tract infections in the community are resistant to at least one of the antibiotics prescribed for their treatment,” said Chebabo, the head of the hospital’s infectious and parasitic diseases service.

In the hospitals, the situation is especially serious. Chebabo said several publications have documented outbreaks of infections in intensive care units in every state in Brazil, caused by bacteria that are sensitive to a single antibiotic.

This drives mortality rates up, as well as the cost of treatment and overall hospital care.

Chebabo said the main cause of the problem in Brazil is widespread self-medication.

“The use of antibiotics purchased without a prescription and used indiscriminately, even to treat viral infections, used to be very common,” he said.

The National Health Surveillance Agency (ANVISA) adopted new regulations in 2010 to prevent the sale of antibiotics without a prescription.

Since November, antibiotics can only be purchased in pharmacies by presenting two copies of a prescription, one of which is returned to the patient, sealed, while the other is kept by the pharmacy.

But awareness must also be raised among doctors, who frequently prescribe unnecessary antibiotics, Chebabo added.

ANVISA put the new regulations in place in the wake of several outbreaks of a dangerous bacterium or “super bug”, carbapenem-resistant Klebsiella pneumonia (CRKP), which is resistant to almost all antibiotics. In the capital, Brasilia, alone there have been 183 documented cases and 18 deaths.