Q&A: Tackling Human Rights in Iran Is “Like a Minefield”

UNITED NATIONS, Oct 21 2011 (IPS) - The Islamic Republic of Iran has one of the most desperate human rights situations in the world. 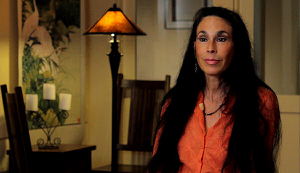 On Tuesday, the United Nations Human Rights Committee, which monitors states’ compliance with their obligations under the International Covenant on Civil and Political Rights, met to consider the current circumstances in Iran.

But Amnesty International warned that Iranian authorities would “make a farce” out of the hearing unless they acknowledged their current and past abuses, such as imposing the death penalty on juvenile offenders; discriminating against and arresting religious and ethnic minorities and homosexuals; and carrying out unfair trials and torture.

Q: The report Iran submitted this week to the U.N. Human Rights Committee was more than a decade late and yet still failed to reflect serious and continuing abuses. Was it a farce? A: I wouldn’t call it a farce. They have not addressed concerns of the international community. The United Nations Secretary-General now issues reports twice a year on Iran. The Special Rapporteur Ahmed Shaheed just issued a report but he was not allowed into the country. They brought up a lot of the concerns that we have about Iran’s human rights record.

But Iran does not address these concerns. They claim that accusations against its human rights records (are) motivated by politics, that the United States and other Western countries are orchestrating this smear campaign against Iran for political reasons.

I would say that the report is inadequate and extremely evasive. It’s just an attempt to avoid having to address in any kind of serious way the concerns of the international community.

Q: In the past month we have seen a number of revolutions and uprisings in North Africa and the Middle East. Do you think the “Arab Spring” could reach Iran? Will there be an uprising against the human rights violations of the government? A: There were some very serious protests in Iran in the summer of 2009. Millions of people poured into the streets to protest what they saw as falsified election results. Many people would say that these protests were the forerunners of the protests in Arab countries this spring.

The Iranian government brutally suppressed the protests in the summer of 2009. There were some protests in December 2009 and there have been some sporadic mass protests since then, but not on a level that has been seen in Arabic countries this year.

But certainly the Iranians have taken enormous risks to protest what they see as unfair government. The Iranian government is doing the very best it can to try and prevent and avoid any further massive protest.

Q: Two days ago, filmmaker Jafar Panahi’s appeal against his sentence of six years in prison and a 20-year ban on filmmaking and travel was rejected. Is there any way for him and other critics of the regime to continue working in Iran? What steps has Amnesty International taken to support activists like Panahi? A: Jafar Panahi has expressed his desire to remain in Iran money times. He says he loves his country and doesn’t want to leave Iran – and yet he has been prosecuted.

We collected about 21,000 signatures on a petition on behalf of Jafar Panahi. Some very well known Hollywood celebrities like Sean Penn, Steven Spielberg and Martin Scorsese signed it. We did a petition delivery to the Iran mission to the United Nations in New York. We went into the building of the Iran mission and after some negotiation finally an official agreed to take the petition.

There is broad crackdown against artistic impression in Iran and it is very difficult for people to operate in Iran. But no matter how difficult it is for them to exercise their right of freedom of expression, they still do it. Iranian people are extraordinarily courageous – they always think of ways to outwit the Iranian government.

Q: What are the main difficulties Amnesty International faces in its attempts to improve the human rights situation in Iran? How does the country differ from other countries on which you work? A: Iran is certainly one of the most challenging countries to work on. For one thing, it’s challenging because of its scale of human rights violations. There are just so many problems in Iran and the system is not at all transparent. Amnesty International is not allowed access into Iran.

Fortunately there is a very large number of human rights activists in Iran that report on human rights violations. We get very good information from them, but the fact that we are not allowed in the country to do our mission is a problem.

We want to make clear that our agenda is not the agenda of the U.S. government. When we are criticising Iran’s human rights record we are speaking as human rights activists and that’s our only concern.

We have to be very careful with our messaging because of the fact that the debate over Iran can be very politicised with other issues, such as Iran’s nuclear programme, its supposed hostility towards the state of Israel, supposed influence on other Middle Eastern countries.

There are just a lot of other very fraught issues involved with Iran so it’s kind of like a minefield and we have to be very careful to just adhere to our human rights message.