UNITED NATIONS, Dec 6 2011 (IPS) - “The violent crackdown against peaceful protesters and civilians in the Syrian Arab Republic has continued… since March of this year. More than 4,000 people have reportedly been killed. Tens of thousands have been arrested.” 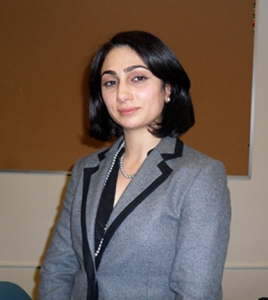 The words of the United Nations (U.N.) High Commissioner for Human Rights, Navi Pillay, in Geneva on Dec. 2 were not new, but they reminded the international community of the dire straits Syrian citizens have been in for months now.

The deteriorating situation in the Syrian Arab Republic prompted the U.N.’s Human Rights Council to establish an independent international commission of inquiry to investigate alleged violations of human rights in the country since March 2011.

On Nov. 23, the commission presented a report of its findings. It documented widespread, systematic and gross violations of human rights and fundamental freedoms by Syrian authorities by acts such as killing of children by beating or shooting during demonstrations, arbitrary detention, torture and ill-treatment.

Shortly thereafter, on Nov. 28, human rights organisation Amnesty International organised a briefing at the U.N., setting out its concerns regarding these violations and others.

Maha Abu Shama, one of the panellists, has been working for Amnesty International for four years and is the campaigner on Syria, Lebanon and Jordan. Her work specifically focuses on researching the human rights violations in Syria, as well as devising and leading campaign strategies in this country.

IPS correspondent Mathilde Bagneres spoke with Abu Shama about the situation in Syria and Amnesty International’s concerns and recommendations.

The majority of the people who were killed were peaceful protesters or bystanders shot by the security forces, for example, during security operations in residential areas. That number includes at least 150 cases of death in custody and in suspicious circumstances.

We are also very concerned about thousands of people who have been arrested since the beginning of the events until now, many of them are held in detention centres in horrible conditions and with high risk of torture and mistreatment.

Q: How have the revolution and the so-called Arab Spring affected human rights violations in Syria? A: Human right violations by the authorities have increased significantly since the beginning of the revolution in March 2011. However, civilians were living under repression for over 40 years.

I visited Syria on an official mission in 2010 and I met former political prisoners, families of prisoners of conscience, political prisoners and some human rights activists. They felt like an isolated group of those who tried to voice their opinion and to criticise the government, while Syrian citizens were oblivious to their suffering and causes.

This has changed after the revolution. Now in many towns and cities, people have tried to step out and walk on the street and call for reforms and democracy and for a change. That’s a very positive step.

It is true that the repression has increased as well. However, these people are aware of the price they are paying for freedom, and they deserve freedom and the respect of human rights.

Q: Can you share with us a story that touched you and that illustrates human rights violations in Syria? A: There are many stories that really touched me, but one of them is the story of the death in custody of Giath Matar. He was a Syrian activist from Darayya, a village near Damascus, and he was a truly non-violent, peaceful activist.

He and his friends focused on organising peaceful protests in towns. One of their tactics was to give soldiers who attacked them bottles of water with roses and messages like, “Don’t kill me; I’m like you.”

It did work a couple of times, but the security forces were worried by Matar and his friends because they seemed to be successful and they seemed to mobilise more and more people, to have an impact.

So they arrested him, and after four days they delivered his body to his family. His wife was pregnant at the time. He was only in his mid-twenties. His child was born a few days ago.

That case touched me deeply because he was such an innovative, exceptional person. To be killed like this in cold blood – it is inhuman.

The Security Council should also impose an arms embargo and freeze the assets of the Syrian president and his senior associates because we believe that there are crimes against humanity committed in Syria.

The international community has the obligation to protect the Syrian people from these crimes and to stop these crimes.

Q: Do you think that the report of the independent international commission of inquiry on Syria can lead to an action by the Security Council? A: The report is another form of pressure and it’s a positive action by the U.N. However, unfortunately, the report falls short in terms of recommendations at the end, because it doesn’t call for an ICC referral.

But as it is, the report is excellent. It reaches the same conclusions as we do, which is that there are crimes against humanity committed in Syria.

I would like to add that I am very impressed by the Syrian people, their determination and their commitment to the human rights. I think they should not pay for wrong decisions taken by other countries in other incidents.

They should not suffer on their own; they need and they demand the international community’s support and that can only happen by referring the situation to the ICC.