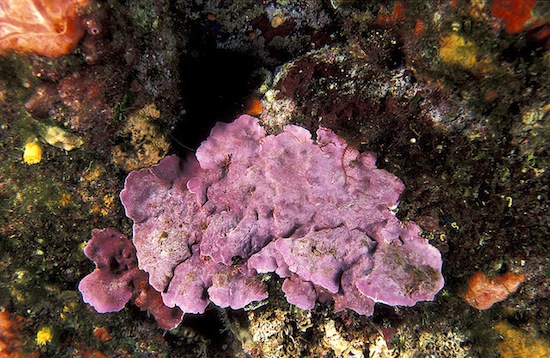 BRUSSELS, Mar 12 2012 (IPS) - Our oceans face a grim outlook in the coming decades. Ocean acidification, loss of marine biodiversity, climate change, pollution and over-exploitation of resources all point to the urgent need for a new paradigm on caring for the earth’s oceans—”business as usual” is simply not an option anymore, experts say.

The extreme rate of acidification – the term used to describe the decrease in ocean pH levels caused by man-made CO2 emissions – has happened before, Carol Turley of Plymouth Marine Laboratory said, a claim that might have been comforting if she hadn’t been referring to the time when dinosaurs died out.

This is a “huge environmental crisis,” she told attendees at an information session at European Parliament this month, addressing challenges and solutions for the world’s oceans months ahead of the United Nations Conference on Sustainable Development, Rio+20, slated to be held in Brazil in June.

Turley joked that she’s often called the “acid queen” because of her bleak message, though the plight of more than 70 percent of the earth’s surface is not in the least bit humorous.

Each year, the ocean absorbs roughly 26 percent of total CO2 emissions, which have increased by 30 percent since the beginning of the Industrial Revolution in 1750, according to the International Ocean Acidification Reference User Group.

Ocean acidification affects marine life with calcium carbonate skeletons and shells, making them sensitive to even small changes in acidity. Acidification also reduces the availability of calcium for plankton and shelled species, which constitute the base of the entire marine food chain, creating a disastrous domino affect that could wipe out entire ecosystems.

“[The] earth system is truly under the influence of man,” said Wendy Watson-Wright, assistant director general and executive secretary of the Intergovernmental Oceanographic Commission (IOC) of the United Nations Education, Scientific and Cultural Organisation (UNESCO).

The oceans could be 150 percent more acidic by 2100, she added. This means drastic decreases in yields from fisheries, and mass extinction of marine life.

The world is currently losing natural resources at a rate humans haven’t even begun to describe, she said.

Sadly, rallying the public behind the necessity of ocean preservation has proved difficult.

Global attention has largely been focused on the economy, particularly on the latest bout of economic chaos in the United States and Europe.

For some, it’s a problem of “out of sight, out of mind,” said Watson-Wright, arguing that people disregard oceans as a priority since they live on land. But even landlocked countries have a great stake in ocean sustainability, she stressed.

With Rio+20, designed to commemorate the 20th anniversary of the first United Nations Conference on Environment and Development, only a few months away, it is past time to discuss solutions.

Raphaël Billé, program director for biodiversity and adaptation at the Institute for Sustainable Development and International Relations (IDDRI), called for stronger language on environmental goals, in order to improve political momentum in the priority themes articulated by the conference organisers.

He noted that Rio+20 is less than concrete in terms of political agreements, but is an opportunity to assess progress and renew political commitments, in the hopes of paving the way for hard decisions later.

Rio+20 will feature oceans as one of seven themes, which also include food, energy, cities, water, and disasters.

Since the first meeting in Rio 20 years ago, there has been some progress on protections for the oceans, according to UNESCO, which includes decisions made within the Johannesburg Plan of Implementation, agreed upon during the Earth Summit in 2002.

Plans for the world’s oceans at Rio+20 are outlined as ten proposals under four main objectives, according to UNESCO’s IOC: taking concrete action to reduce stressors and restore the structure and function of marine ecosystems; support for a “Blue-Green” economy; moving toward policy, legal and institutional reforms; and supporting marine research and monitoring, evaluation, and technology.

The concerns over our planet’s oceans are not new, IDDRI pointed out in an article submitted to the U.N. in early November 2011; most of these problems have been recognised for decades, and, according to the article, “The only way forward is to recognise the overall failure of oceanic governance, to study the successes at hand, and to develop strategies that seriously take both into account.”

The article also mentioned the conflicts between oceanic governance and resistance to make it more sustainable, especially when costs begin to add up.

Though various experts have expressed doubt that the meeting in Rio will yield sufficient results for the planet, activists and scientists alike are turning up the heat on conference attendees to leverage political power at the gathering to make tough, lasting decisions that might give the oceans and their essential ecologies a shot at survival.