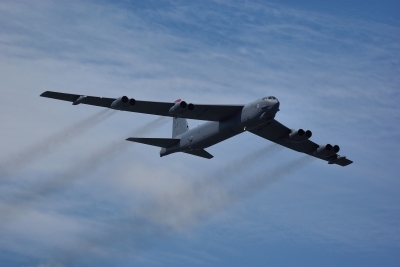 UNITED NATIONS, Aug 14 2012 (IPS) - Alleged human rights violations and other challenges involving the use of Private Military Security Contractors (PMSCs) have sparked a series of international efforts to create systems of accountability for an increasingly complex transnational industry.

In one such effort, the second session of a special open-ended intergovernmental working group of the U.N. Human Rights Council in Geneva this week will consider various possibilities for expanding the existing regulatory framework for PMSCs, including a draft convention that would limit the functions states could outsource to private companies.

The draft convention is one in a series of efforts introduced in the last five years to create systems of accountability for an industry that by its nature poses a complex regulatory challenge.

“Any industry that has such transnational operations has jurisdiction issues,” according to James Cockayne, an expert on international criminal justice and co-director of the Center on Global Counterterrorism Cooperation in New York.

“That is compounded, however, by a second factor, which is that the industry involves the use of force. So there are strong incentives – particularly when things go wrong – for people to be less than forthcoming with information,”  Cockayne told IPS.

He added that the fact that the industry operates in weak and conflict-affected states means that even the best-intentioned companies and regulators may face extreme difficulty in accessing information needed for effective regulation.

Cockayne, who addressed gathered state parties in Geneva Tuesday, was previously involved in the creation of the 2008 Montreux Document in which 17 states affirmed their existing international legal obligations and good practices related to operations of PMSCs.

Montreux, however, did not create a binding international system for accountability for PMSCs that would tackle existing jurisdiction issues.

National regulations and standards regarding PMSCs vary per state.

The existing Convention against the Recruitment, Use, Financing and Training of Mercenaries, in turn, does not actually apply to the new PMSC industry.

It’s also unclear how international humanitarian and human rights laws that apply to PMSCs translate into concrete obligations of states, according to the Mercenaries Working Group in a recent submission to the HRC.

Among a number of failed attempts to bring alleged human rights violations to trial, it cited Ecuador’s inability to obtain remedy for its citizens affected by U.S. counter-narcotics operations involving the use of aerial fumigation outsourced to DynCorp.

The U.S. Supreme Court, in June, opened the way to try four former employees of security outfit Blackwater (now Academi), after earlier attempts at prosecuting the quartet that’s accused of killing 17 Iraqis in a street shooting in 2007 had failed.

The industry is not against better regulation, according to Doug Brooks, president of the Washington D.C.-based trade association International Security Operations Association (ISOA), whose members have included both DynCorp and Blackwater (the latter has since left).

For one, regulation can create more clarity in the field and limit a drive toward ever-cheaper contracts, Brooks told IPS.

The U.N. and private security

In addition to governments using contractors, the U.N. has become a frequent client, according to a report published last month by the New York- based Global Policy Forum.

The report written by Lou Pingeot criticises the U.N.’s use of PMSCs, which it says challenges the U.N.’s legitimacy as an organisation championing human rights.

“The U.N. needs this industry to do what it does,” Brooks told IPS, adding that the Western world has “largely abdicated responsibility” for peacekeeping operations to the poorest militaries in the world which lack the ability to provide certain essential services.

The draft Convention on PMSCs identifies a set of inherent state functions, including detention, interrogation and intelligence that private companies could not perform.

The fact that major clients of PMSCs – most notably the U.S. and the U.K. – have employed contractors for a number of these functions poses questions about whether these states would back regulation that curtails their ability to outsource the use of force.

“It’s a pie in the sky,” according to Brooks.

Instead, he is rallying his troops around the International Code of Conduct, which brings together stakeholders from industry, government and civil society in an effort to create a gold standard for industry providers who voluntarily commit themselves to abiding by the Code.

Governments, in turn, would have to commit to using only companies who are signatories to the Code.

The fact that the Code is popular with the industry and that the U.S. as a major client has been involved in the discussions is a “big deal”, according to Brooks.

The Code listed 404 companies as signatories as of June.

But key pieces, including a governance and oversight mechanism and a third-party complaints process, remain to be worked out by all parties.

Without a third party complaint process, there is no accountability system, according to Cockayne, who admits to having little faith that significant progress will be made on either of the two initiatives soon.

“We don’t see the ICoC as a silver bullet solution, but rather as part of the larger ‘accountability toolbelt’,” Amol Mehra, of the civil society organisation International Corporate Accountability Roundtable (ICAR), told IPS.

Voluntary commitments and standards like the ICoC are not enough to protect human rights, but it’s a step toward changing corporate behaviour, Mehra said.

There may be a middle-ground solution between “the rock of the draft Convention” and “the hard place offered by the Code”, according to Cockayne in his remarks to the open-ended working group Tuesday.

And it’s “hiding in plain sight” in the guise of the U.N. Guiding Principles on Business and Human Rights, unanimously adopted by the Human Rights Council last year and embraced by ICoC signatories.

This common ground could provide a new point of departure for intergovernmental discussions of how to implement those commitments.

“I do believe there is goodwill on both sides,” Cockayne told IPS.

“With a little bit of leadership and creativity I think you could see some quite dramatic forward progress fairly quickly.”