Q&A: Migration Now a Key Part of the Global Economy

UNITED NATIONS, Sep 26 2012 (IPS) - As international migration continues to grow in scope, complexity and impact, effectively managing it has steadily moved up on the agenda of the international community. 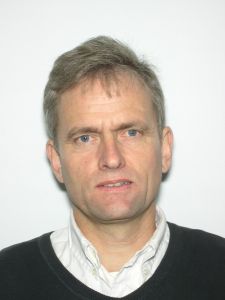 The number of international migrants increased from 195 million in 2005 to 214 million in 2010, according to the World Bank. This means that more than three percent of the world’s population lives outside their countries of birth.

Remittance flows to developing countries were estimated at 372 billion dollars in 2011, an increase of 12.1 percent over 2010.

In response to the challenges brought by these trends, which range from economic and labour-related to human rights, the United Nations has launched a preparatory process to gear up for a High-Level Dialogue next year on International Migration and Development.

Planned for September 2013, the conference will be the second High-level meeting of the General Assembly exclusively devoted to migration, following the first in 2006.

Bela Hovy, chief of the Migration Section of the U.N. Population Division within the Department of Economic and Social Affairs (DESA), told IPS, “We will once again focus on very concrete practices of governments, how they have been able to enhance the benefits of migration for development and how they have been dealing with some of the challenges of migration, very specifically since 2006.”

“We hope that the High-level Dialogue next year will result in identification of policies that really work and can be recommended for others,” he added.

Enhancing the benefits of migration to development, as well as reducing its negative impacts, has been a specific goal for the U.N. since 2006, although numerous challenges remain for next year’s meeting.

Speaking with IPS correspondent Mathieu Carat, Hovy discussed the impact of international migration policies and programmes to promote the positive effects of migration for development in the context the current economic crisis, as well as the proposals contained in the report of the secretary-general for the event next year.

Q: Since the first High-Level Dialogue in 2006, what progress has been made in promoting migration’s positive contributions to development?

A: As a result of that event in the General Assembly, many more countries started to develop programmes to improve the benefits of migration for development. For example, the G8 countries decided to set a specific objective to reduce the cost of transmitting remittances by five percent over five years. Because sometimes those remittance transfers costs are very high and by reducing that, you give a greater share of the amount to the migrants.

U.N. agencies have programmes now working on these aspects, on helping migrants to contribute to development. A new convention was adopted last year on decent work for domestic workers. Although it is not an economic benefit, if those domestic workers are better protected and less abused, that means that is good for development. So, it’s not all economic, it’s also in the sphere of protection.

Some countries are experimenting now, who have never been countries of immigration, with migration programmes to facilitate access to the labour market by migrants. For example, in Europe, some countries are putting in place programmes for circular migration, so migrants could come, learn new skills, earn money and then go back to their country. They are experimenting with keeping their rights in the destination country.

Q: What new challenges are migrants confronted with in the global economic crisis?

A: It is certain that the global economic crisis has put pressure. There are two very negative effects. One is that you see high rates of unemployment of migrants in destination countries – often double the unemployment rate of the natives. The direct impact on migrants and their earning capacity through the crisis is unemployment.

Secondly, what you see unfortunately is xenophobia and discrimination. When things go bad in a country, scapegoats are being sought. Discrimination of migrants has certainly increased in some countries on the ground but also, unfortunately, in political debate.

We also know that very few, if any, jobs are taken by migrants which could be taken by nationals. It is very simple that by far the majority of those jobs that migrants do are not taken by the nationals, either because there are too well-educated, or for other reasons. We also see that the remittances have gone down a bit.

(However) migrants are a structural part of the economy and, yes, you have the short-term ups and downs, crisis, etc, but there continues to be a need there.

Q: What should be the main priorities be for the 2013 high-level meeting?

A: The report of the secretary-general, released on Aug. 3, 2012, suggests the four themes for four roundtables.

One is on the contribution of migrants to development.

The third roundtable is suggested to focus on the mainstreaming of migration into development that is really part of national development strategies and the U.N. development agenda.

The fourth theme, which we find quite important, is the governance of migration.

Many people, experts in the field of migration, ask the question, ‘there are rules for global finance, rules for global trade, but what are the rules for global migration?’ Every U.N. agency works a little bit on migration. It is not very well coordinated. How can we better support member states in a coherent fashion? That is one of the key questions when it comes to that fourth issue of better cooperation.

Although there are some fora for those discussions, there is really a lot of scope to improve the management of migration to establish better rules to make better agreements between countries within the region. With more mobility in the future, we know that demand continues for migration and migrants.