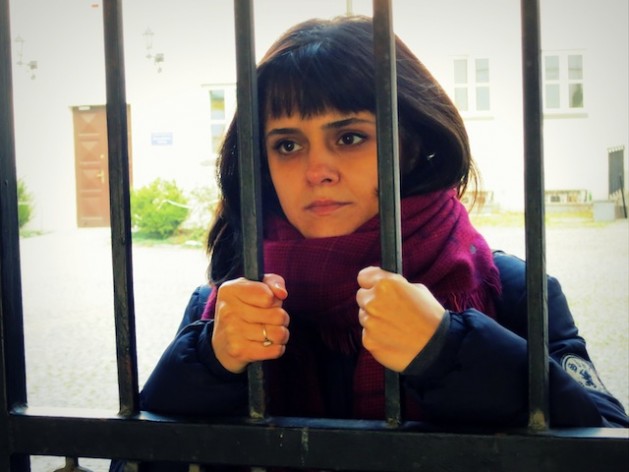 WARSAW, Nov 4 2012 (IPS) - It took hunger strikes and a case like Layla Naimi’s to push authorities in Poland to amend laws dealing with irregular migrants.

Authorities will not be obliged to send such migrants to detention centres. Following complaints, the prosecutor has opened an investigation into the refugee centre at Lesznowola near Warsaw. Inspections in all detention centres for foreigners have been announced by the Ombudsman and by the Ministry of Interior, to be carried out together with members of the Helsinki Foundation for Human Rights and the Legal Intervention Association.

In mid-October, 73 people at four Polish immigration detention centres went on hunger strike. Their demands: right to information in a language they comprehend, right to contact the outside world, right to proper healthcare, education for children, improvement in social conditions, an end to abuse and to excessive violence, end to criminalising detainees. In the past, strikers had been put in isolation and punished, and the public knew nothing about it.

Currently there are 380 illegal immigrants kept in six detention centres, otherwise called “closed camps”. They are asylum seekers, waiting for their bids to get processed. Their crime: crossing the EU border without proper documents.

Outsiders are not allowed to visit closed camps, but IPS talked to some immigrants recently released from the refugee centre at Lesznowola – one of the spots where protests took place.

One of them, Layla Naimi had run away from Tehran a year ago, without a chance to say goodbye to her family. “I had a choice to leave or be jailed,” she said.

Naimi was engaged in Change for Equality, the initiative aimed to collect one million signatures in support of changing discriminatory laws against women in Iran. This campaign won international prizes, but conservative Iranian authorities did not like it: the activists were persecuted.

Naimi was lucky to be away from home when the Iranian police came for her. They confiscated her passport and computer.

With a fake ID Naimi went to Turkey, and from there to the Netherlands. At Amsterdam airport she asked for asylum. The Dutch police, she said, were helpful and gentle. After three months Naimi got news that she would be deported to Poland. She had never been to Poland but before leaving Iran she was granted a Polish visa.

In August, Naimi arrived in Warsaw. “One policeman took to yelling at me,” she said. “I didn’t understand why.” She was locked up and given no food, no water for 24 hours. “I asked for a sheet to lie down. A policeman who brought it told me: ‘Now I’m your friend. What are you going to give me?’”

After three days she was transferred to Lesznowola. “This is not a centre, nor a camp,” she said. “It’s a prison.”

Everywhere there were guards, bars, CCTV cameras. She would get a short walk one hour after breakfast, and one after dinner. At six in the morning guards would do a routine search. “They even took my underpants out of the closet and looked inside. I asked: maybe you want me to take off the ones I wear? His reply: I would be happy to see you naked.”

There was more to sexual harassment than words. “One of the guards tried to touch me from behind while I was sweeping the floor,” said Naimi. “They drink alcohol, you could smell it. They have a game: evaluating women. This one is worth 40 zloty (10 euro). This one only 10 zloty, because she wears hijab.”

She says the food was bad. There was no bottled water, even in the summer heat. And not enough soap or toilet paper.

“I felt pity for the children. There were nine of them, from six months to 16 years old. There was TV and a ping-pong table at the day room. Once boys smashed up a ball. As a punishment, the day room was locked for three days.”

The doctor in Lesznowola had only one cure for all diseases: paracetamol tablets. On one occasion, she said, she had a stomach ache. “I asked to see a doctor, but the guard adjudged that I look good.”

Now released, she does not know what next. “I do not know my legal status, why am I here, what will happen to me. I was interviewed at the airport upon arrival, but without an interpreter. After 40 days of incarceration there was the second hearing. Only then the interpreter for my native language, Farsi, was present – although it was hard for me to understand him because he used a dialect of the Afghan border.”

After two months in confinement Layla Naimi was set free – the Foreigners Office recognised the high probability that she meets the conditions to get refugee status. “I still have nightmares,” she said.

IPS also spoke with an Arab family released from Lesznowola a few days ago after seven months in confinement. The mother and two sons who wanted to remain anonymous confirmed most of what Naimi said about the conditions. They also complained they were served pork which Muslims do not eat.

This family along with another in Lesznowola ran a hunger strike for three days. Now they live in open camp. They say it is dirty, you cannot get a change of sheets, but at least you can go out to the town, to the store, to the mosque.

Will they be allowed to stay in Europe?

“In Poland, the right to asylum is an illusion: just 1.6 percent of asylum seekers receive refugee status, while 18 percent receive temporary protection for only two years before they must return to their country,” Marta Rozowska, activist for refugee rights told IPS.

“This Arab family will be unable to join their father unless one of them receives refugee status and file for family reunification. Sadly, this procedure may last anywhere from half a year to two years.”