Q&A: Is Print Media Headed for the Graveyard?

NEW YORK, Nov 2 2012 (IPS) - As the digital revolution continues to spin out of control, several newspapers in the United States have either stopped their presses and ended print runs, or gone online.

After 149 years as a daily, the Seattle Post-Intelligencer, based in the state of Washington, became an online-only newspaper when it ended its print run back in March 2009. Four months later, the Ann Arbor News ended its print edition after 174 years of publication. It, too, shifted online. 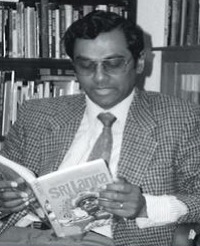 The New Orleans Times-Picayune, which won a Pulitzer Prize in 2006 for public service reporting, reduced its daily print frequency to three days a week in Sep. 2012.

The Patriot-News of Harrisburg, Pennsylvania, another Pulitzer Prize winner, will follow suit as a three-day publication beginning January of next year.

And last month, one of the best known international news magazines, Newsweek, announced it was going all-digital after 79 years in print and with its circulation declining from 3.3 million copies in 1991 to 1.5 million last June.

Given recent history, many wonder whether print media is headed for the graveyard.

Dr. Shelton A. Gunaratne, professor of mass communication emeritus, Minnesota State University, says the Internet has revolutionised the oligopolistic news industry by enabling anyone to become a journalist at will.

It has also “slashed the arrogant braggadocio” of the New York Times, the Washington Post, the Wall Street Journal, the Los Angeles Times, and USA Today – all of which may sooner or later have to follow the humble path of the Seattle Post-Intelligencer, he added.

After the Post-Intelligencer and the Rocky Mountain News collapsed, the Ann Arbor News became a “hybrid” – primarily an online product supplemented by hardcopy twice a week, said Gunaratne, author of the trilogy “Village Life in the Forties: Memories of a Lankan Expatriate” (iUniverse, 2012); “From Village Boy to Global Citizen (Volume 1): The Journey of a Journalist” (Xlibris, 2012); and its second volume, entitled “The Travels of a Journalist” (Xlibris, 2012).

In an interview with IPS U.N. Bureau Chief Thalif Deen, Gunaratne discussed the factors that have led many American newspapers today to become hybrids. Excerpts from the interview follow.

Q: What are the reasons for the death knell of the print media?

A: The reason is that most people are now likely to access magazine-type content on the Internet through web sites, blogs and podcasts. Moreover, they are also increasingly using their mobile smart phones and wireless tablets to read the news.

Q: Is the shortfall in advertising also having an impact on newspapers?

A: Advertising subsidised about 80 percent of the production and distribution cost of a U.S. newspaper. However, with the digital revolution in the 1980s, the advertising industry discovered that it could reach target audiences for specific goods and services much more cost effectively through the proliferating online media.

Q: Where does the World Wide Web fit in?

A: The information age began in the 1990s, when the World Wide Web became available for public use as part of the Internet. The web was a boon to the mass media, media consumers and the advertising industry. All three found refuge in cyberspace, which they found out to be a much more congenial environment for their coexistence.

The Web will accommodate much more than the New York Times’ pledge: “All the news that’s fit to print.” Rapidly declining ad revenue is the core problem threatening print journalism in the advanced world.

Q: As the younger generation is more and more inclined towards digital information, how do you envisage this landscape developing over the next 25 years? Is the current trend the beginning of the end of the printed newspaper?

A: The younger generation of Americans born after the digital revolution thumbed their noses at the print media. I saw in my classes kids who avoided reading newspapers except for the sports pages. They didn’t read their assigned textbook chapters either.  The digital revolution changed their interest from reading and writing to electronic and visual media.

This revolution, which marked the shift from analogue mechanical and electronic technology to digital technology, assisted by the microchip, hailed the beginning of the information age.

The rapid spread of cell phones, first in advanced countries, then in developing countries, in the 2000s also helped undermine the economic viability of the printed newspaper.

Internet users in the world have increased exponentially. Currently, Indonesia has more mobile telephones than its population. Cloud computing entered the mainstream in the early 2010s. By 2015, tablet computers and phones are expected to exceed personal computers in Internet usage.

Q: Is this phenomenon limited only to the United States (and the Western world), or is it likely to affect the developing world as well?

A: Tina Brown, publisher of Newsweek, is quoted as saying that print (not digital) licences for Newsweek are “enormously strong” in countries such as Japan, Mexico, Pakistan, Poland and South Korea.

International Telecommunication Union (ITU) data show that in 2011 about 35 percent (or 2 billion) of the world population were Internet users, compared to 18 percent in 2006. At this rate, the existing Digital Divide between developed and developing countries may disappear before the demise of the U.S., which I have written will occur by 2043.

Of the five countries that Tina Brown mentioned, Japan and South Korea, where the Confucian reverence for the printed press is still high, and in Poland, the traditional newspaper, including the print version of Newsweek, may linger substantially longer.

Unlike the United States, where news is considered another commodity, many other countries treat news as a social good.

The disappearance of the printed newspaper may not occur in countries where news is not deemed a commodity. The Rome-based Inter Press Service news agency (IPS) began as an antidote to capitalist journalism and adopted the philosophy of presenting news as a social good.

Communication consultant Ken Goldstein, who studied 60 years of circulation figures for paid newspapers in Canada, UK, and the U.S. and whose data show 60 years of declining circulation, says that newspapers will one day vanish.