UNITED NATIONS, Nov 1 2012 (IPS) - Upheaval over a new system of press regulation, which envisages stronger government intervention in the media, is posing a growing threat to Britain’s age-old press freedom and to that same freedom worldwide.

Freedom of expression constitutes an inherent part of an effective and participative democracy, especially in countries governed by the rule of law, such as the United Kingdom. But in the aftermath of unethical and illegal behaviour in the British print media sector ranging from phone hacking to cronyism, this fundamental right has come under sharp scrutiny in the UK. 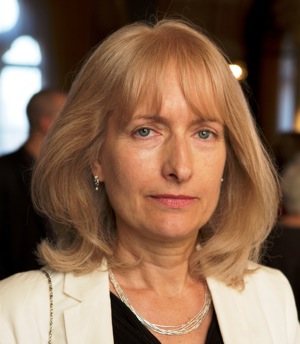 The Leveson Inquiry, named after its chairman, Lord Justice Leveson, is an inquiry led by a public judge and established by British Prime Minister David Cameron in July 2011 to examine the culture, practises and ethics of the press.

Despite the fact that the inquiry was almost undoubtedly the result of shocking disclosures about the now-defunct British tabloid “News of the World”, it cast a negative light on the entire press system, opening up a wider debate on whether or not to impose tougher limits and regulations on investigative journalism.

“Governments should not control the press or the press is no longer free,” Kirsty Hughes, chief executive of Index on Censorship, the London-based campaigning and publishing organisation for freedom of expression, told IPS. “Without a free press, democratic governments cannot be held accountable.”

“Press standards need to be set by a tough independent regulator, but not by government,” she added.

In an interview with IPS correspondent Malgorzata Stawecka, Hughes spoke about the future of the press in the UK as well as international implications that might arise from the outcomes of the Leveson Inquiry. Excerpts from the interview follow.

Q: What is your view on press regulation in the United Kingdom now? Does UK law protect public interest defence?

A: The current situation in the UK is that there is substantial press freedom, not least as there is a system of self-regulation. But it is far from perfect. While some laws allow a public interest defence, many others don’t, including the Official Secrets Act, the Regulation of Investigatory Powers Act and the Computer Misuse Act.

The inconsistencies across different laws means that public interest defences can be a minefield for journalists and other writers to navigate, and the nature of English libel laws also undermines the ability of writers to challenge corporate as well as political power.

We hope that the Defamation Reform Bill currently before Parliament will add a strong new public interest defence, but currently the bill is not strong enough. The Leveson Inquiry is looking at regulation of the press in the wake of the phone-hacking scandal, and many are demanding stronger – even statutory – regulation.

Still, many of the complaints against media and press behaviour are against actions that are illegal and so are covered by existing law. Having said that, a tougher system of self-regulation with stronger standards and a decent system of dispute resolution, avoiding the need to go to court, is needed.

Q: What outcomes of the Leveson Inquiry do you expect in the near future? What implications could the inquiry’s findings have at the international level?

A: Key questions when Leveson reports in late November or early December are whether or not he recommends statutory regulation of the press. If he does, that will pose a very serious threat to press freedom in the UK, but the key question then will be whether or not the government responds to his recommendations and follows them.

Cameron will not find it easy to ignore Leveson, but he also will not want to be seen as the prime minister who gave up press freedom in the UK. So there is likely to be a very sharp debate if Leveson recommends statutory regulation.

The path the UK chooses will certainly have an impact as a model, to be followed or avoided, in other countries. If the UK were to go for statutory regulation of the press, it would open the door to government control, and many other governments, especially in more authoritarian regimes or in democracies whose commitment to a free press is questionable, such as Hungary, would cite the UK example.

Q: How can press freedom, public interest and the right to privacy be coordinated?

Q: Considering constant changes in technology and new forms of communication driven by social media, is there a need to improve regulation of the press, in the UK and worldwide?

A: The extent and speed of digital communications certainly raises the question of whether any new regulation of the UK press can withstand the test of time. Social media and web communications, blogging, and citizen journalism all mean that many constraints on print media are circumvented online.

This does not mean that print media should not respect the right to privacy or balance it where appropriate with public interest, but it does mean that any overregulation of the press is likely to fail.

Q: How self-regulation can be improved and scaled up?

A: There are various proposals under discussion in the UK as to how to create a tougher system of self-regulation, including a stronger standards arm, even contracts with the regulator, and a clear commitment to alternative dispute resolution so complainants have recourse to a relatively simple procedure – and relatively cheap – without needing to go through the courts.