A Year of Progress in Argentina’s Human Rights Trials 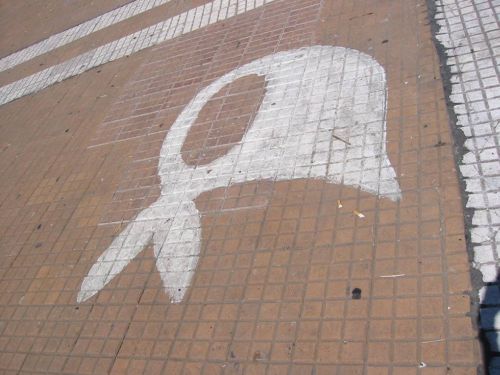 The white headscarf is the symbol of the Madres de Plaza de Mayo - the mothers of the dictatorship's victims of forced disappearance. Credit: Pubic domain

BUENOS AIRES, Dec 26 2012 (IPS) - Although it didn’t receive much media coverage, this year Argentina’s justice system made strides in speeding up human rights cases, and dozens of defendants were convicted, three decades after the end of the 1976-1983 dictatorship.

Figures from the “prosecution unit for the coordination and monitoring of cases involving human rights violations committed during the state terrorism” indicate that nearly 400 suspects were tried this year, and that 86 of them were sentenced, 72 of them for the first time.

The accused, mainly former members of the military and former politicians, were charged with crimes against humanity such as kidnapping, illegal detention, torture, sexual violence, theft of the babies of political prisoners, homicide and forced diappearance.

“The policy we have followed, of accumulation of cases, has brought results,” the unit’s prosecutor, Pablo Parenti, told IPS. “More important than the number of trials is the fact that the number of defendants in each case has grown.”

The trials of those who committed human rights abuses during the 1976-1983 military dictatorship began immediately after the return to democracy. But they were brought to a halt by amnesty laws and pardons in the late 1980s.

However, the trials got underway again in 2006, after the laws passed by Congress and the presidential pardons issued by Carlos Menem (1989-1999) were declared unconstitutional.

The official list of victims of forced disappearance, which remains open as new cases are constantly cropping up, includes more than 1,200 names. But human rights groups say the total number is actually around 30,000.

The first cases that came to trial were against just one defendant, or a few at the most, and covered a limited number of victims. This forced witnesses to go through the painful process of testifying over and over again, and dragged out the legal process.

This year, however, a number of cases committed in the same clandestine detention centre or the same military district were combined, and dozens of defendants have been tried simultaneously in each trial.

“When the unit began to operate (in 2007), the cases were very dispersed and fragmented,” Parenti said. “Some trials were important because they were the first, and we had to support them, but they were only against one or two accused.”

Given that outlook, and on the instructions of the Attorney General’s Office, the unit adopted a series of measures to combine similar cases in order to expedite the trials, he added.

“There was resistance from judges and prosecutors, because our justice system is accustomed to working on a small scale, with smaller volumes of evidence. But in the end, progress is being made, as we have seen this year,” Parenti said.

One of the biggest, highest-profile trials began in November. It combined all of the atrocities committed in the Naval Mechanics School (ESMA), the dictatorship’s biggest torture centre. Located in the centre of Buenos Aires, a total of 5,000 political prisoners were held there, and only a handful came out alive. The ESMA installations are now a human rights museum.

One single ESMA torturer came to trial in 2007 – former coast guard officer Héctor Febres, who committed suicide in his cell just before the trial. In 2011 another 16 ESMA human rights violators were tried in a second trial.

But in this year’s ESMA trial, 68 defendants sat in the dock, including six former pilots of the so-called “death flights”, from which political prisoners were thrown, drugged but alive, into the ocean.

Early this month, another large-scale trial began in the central province of Cordoba, which combined 16 cases against 46 defendants and involving 450 victims. Like the ESMA trial, it will end in 2013.

A third large-scale trial, which began in the last few weeks, is being held in the northwestern province of Tucuman, involving 43 defendants and 235 victims from two big detention centres.

Meanwhile, a trial in the province of Buenos Aires ended Dec. 19 with 23 convictions, including the death penalty for 16 of the accused. The case, which involved 280 victims held in six illegal prisons, was called the Circuito Camps, after the then local police chief, the late Ramón Camps.

According to the prosecutors Unit, 20 trials involving charges of crimes against humanity are currently underway. “As of 2008, only 70 defendants had been convicted; that number had gone up to 339” by November, said Parenti.

Nevertheless, the prosecutor said he was not satisfied with the pace of the trials.

“Things are moving ahead, but don’t believe everything is going fine,” he said. “There is still a long way to go; there are nearly 1,000 people facing prosecution, and although bigger trials are being held, the pace is still far from satisfactory. There are prosecutions where hearings are held (only) twice a week.”

Parenti commented that the accumulation of cases helped give the trials greater visibility, more in line with the gravity of the crimes in question. “By looking at the whole rather than the parts, the magnitude of the state terrorism is highlighted.”

The prosecutor also said the combination of cases has helped provide a clearer picture of the abuses committed during the dictatorship. “Bringing 50 people to trial is not the same thing as trying one or two,” he said.

The evidence also becomes overwhelming, due to the sheer number of witnesses.

The new guidelines for human rights cases handed down this year by the Camara de Casacion Penal – the criminal court of appeals – to expedite complex cases involving large numbers of victims included one aspect that was of particular importance for the witnesses: the use of videotaped testimony, in order to avoid “revictimising” the survivors, who have been testifying in trial after trial since 30 years ago.

Parenti also expressed concern about the lack of effective oversight of those serving their sentences under house arrest due to health problems or advanced age – 38 percent of all convicted suspects – who are often seen out and about.

“That is another big challenge that we have to work on: for the final sentence to be handed down by the higher courts as soon as possible,” he said.