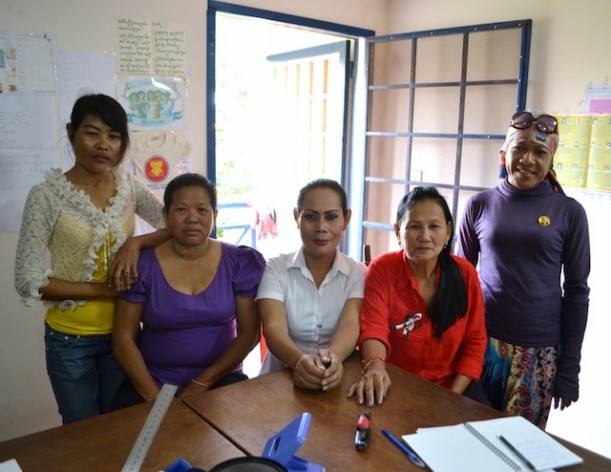 PHNOM PENH, Dec 13 2012 (IPS) - For a brief moment last month, mainstream international media turned the spotlight on Cambodia, one of the world’s 48 least developed countries (LDCs), as a high-level visit from U.S. President Barack Obama and the annual summit of the Association of Southeast Asian Nations (ASEAN) gave this country of 14.3 million people a glamorous edge.

The burst of international attention also united many grassroots groups and organisations, which came together under an umbrella called the ASEAN People’s Grassroots Assembly (APGA) – comprised of farmers, fisherfolk, labour unions and other rights groups – to protest the limits of the recently adopted regional human rights declaration, and expose grave rights violations in Cambodia.

The difference is that while international scrutiny and curiosity quickly faded, the activists’ work –against a backdrop of accelerating regional cooperation between ASEAN’s ten member states – is only just beginning.

According to Pisely Ly, a Cambodian legal activist, the most marginalised members of society are just as badly off as they were before Cambodia hosted the annual ASEAN gathering in mid-November.

Sex workers and lesbian, gay, bisexual and transgender (LGBT) people, for example, have few protections under the law.

Add to this the intersecting issues of widespread land evictions, loss of livelihoods, women supporting rural families, trafficking and sex work and the grassroots movement here is faced with a long road ahead, she said.

Plans to achieve full integration of the 10 ASEAN economies by 2015 also have Cambodian activists on edge.

If the integration roadmap goes according to schedule, member states will experience increased regional trade and investment in the next two years, which AGPA members fear will exacerbate the disastrous impacts of Cambodia’s land policies. Already the government has signed off over 11,000 acres of arable land to various international investors.

The World Policy Institute reported that Chinese investments in Cambodia have spiked since the China-ASEAN Free Trade Agreement was inked in January 2010, and now comprise 20 percent of total foreign investment in the country.

Vietnam’s investments have grown as well, primarily in rubber plantations.

The consequences of these investments, which often lead to displacement, are grave and far-reaching.

“One of the victims of land grabs was dying when we were there. She lost everything to Ly Young Phat. She was pregnant and hunger pushed her to seek food in the forest. She was poisoned by the mushrooms she found…this is an extreme case of the end result of land concessions,” Sochua told IPS.

The New York Times reported earlier this year, “One major problem is the widespread grant of so-called Economic Land Concessions (E.L.C.). Under Cambodia’s 2001 Land Law, the government is allowed to make use of all “private state land” and lease up to about 25,000 acres to a company for as many as 99 years. The government has carved out some of the country’s best land one bit at a time, evicting many poor people for the commercial benefit of a few.”

“We can (no longer) utilise our land to grow food,” said Pen Sothary, a member of the Women’s Network for Unity (WNU) – a 6,400-member collective of sex workers, LGBT people and garment workers based here in Cambodia’s capital, echoing the sentiments expressed during a recent collaboration between the WNU and the AGPA.

Between 2003 and 2008, land concessions in Cambodia affected a quarter of a million people, according to the Cambodian League for the Defence and Promotion of Human Rights (LICADHO).

Analysts believe a new draft law for 2012 will further weaken peasants’ ownership of their land.

Pech Sokchea, a transgender woman and member of the WNU, told IPS that these land concessions have resulted in massive evictions and loss of livelihoods.

The problem is particularly severe in a country where 70 percent of the population are subsistence farmers.

To avoid going hungry evictees “often become migrant workers and are at risk of being trafficked”, Sokchea told IPS.

Researcher Melissa Ditmore wrote in a recent WNU report, “High-interest loans lead to landlessness among rural people, and consequently to urban migration.”  Ditmore also found that farmers lose out in credit schemes, and sometimes borrow at a 500 percent interest rate to buy seed. When crops fail, they often lose their land and their homes.

The International Labor Organisation (ILO) has documented rural to urban migration, starting from the mid-1990s, as a trend among women seeking work in garment factories in cities, where they typically earn a monthly salary of no more than 60 dollars a month.

To supplement this meagre income, many also seek part-time work in the ‘entertainment’ industry, which consists of beer gardens, karaoke bars and massage parlors, often serving as fronts for sex work. Back in 2009, the ILO estimated the number of entertainment workers to be over 21,000 in Phnom Penh alone.

Entertainers’ salaries can be as low as 35 dollars a month, while the going rate for sex work is about 25 dollars per night. This wage difference is crucial for people struggling to make ends meet in an economy that calls for a minimum monthly income of 177 dollars. Most women also remit a large portion of their earnings to extended family members still living in the countryside, according to the SOMO research organisation.

Cambodian migrant workers who move around within the region in search of better work may find higher wages outside the country, but no protection for their rights as labourers.

Young Cambodian women working as maids in Malaysia have been subjected to physical and sexual abuse by employers due to scant protection of their rights. “Some women do not get paid and return empty-handed,” Keo Tha, an elected secretary for the WNU, explained to IPS.

“Some are cheated and turn to sex work (in order to survive),” she added. “Some become HIV positive and have no access to healthcare and medicine.” The problem is made worse by the fact that the commercial sex trade is illegal and unregulated.

WNU members are particularly concerned about the impact of the ‘loophole’ in the new ASEAN rights framework, which allows states to adhere to internationally accepted human rights standards only insofar as they do not trample on “cultural and religious” norms in each respective country.

This caveat gives the green light to governments to ignore the rights of, for example, LGBT people, Ly told IPS. Still, she has faith that grassroots activists can come together to unite the many connected issues in the country.

“We believe the people’s voice is very powerful,” Ly added.