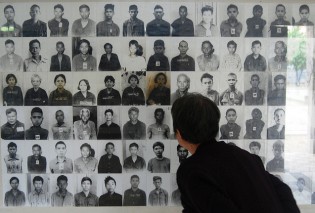 By Kris Janssens
The anniversary is not actually celebrated. After all these years, talking about the Khmer Rouge is still controversial. This is partly because the genocide came ‘from within’. Almost every family has a feud that goes back to this dark history in the seventies.

By Michelle Tolson
“Cambodian garment workers have two handcuffs and one weapon [against them]. One handcuff is a short-term contract [10 hours a day, six days a week]. Even if they get sick, if they get pregnant they feel they have to get an abortion so they don’t lose their jobs.
Next Page »
ADVERTISEMENT ADVERTISEMENT