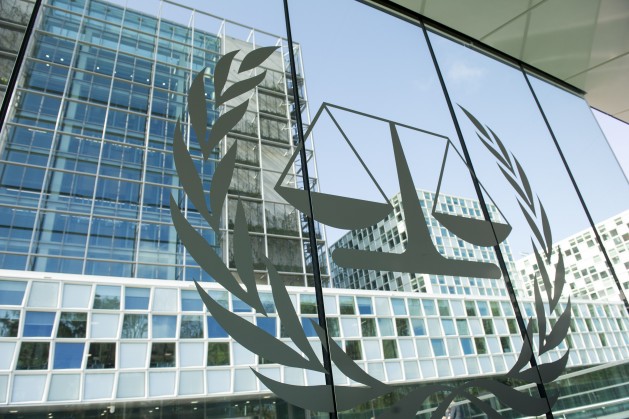 UNITED NATIONS, Oct 1 2016 (IPS) - The International Criminal Court (ICC) will pay more attention to crimes of environmental destruction and land-grabs, according to a new policy paper published by the court.

This may see business executives and government officials in cahoots to exploit natural resources prosecuted for crimes that displace millions. 38.9 billion hectares – an area the size of Germany – has been leased to investors in resource-rich but cash-poor countries since 2000, Alice Harrison, Director of Communications at Global Witness, told IPS.

“It is an important acknowledgement that crimes against humanity are not exclusively perpetrated by warlords in so-called failed states, they can also be linked back to company directors in our financial capitals,” she said. The ICC has been criticised since it was set up in 2002 for convicting too few people and being too expensive. African leaders have also accused the courts of unfairly targeting their continent.

According to the policy paper, the court will pay special attention to crimes committed in light of “the destruction of the environment, the illegal exploitation of natural resources or the illegal dispossession of land” in the selection of cases. The proposal does not increase the Hague-based court’s mandate, established by the Rome Statute in 1998 to prosecute war crimes and crimes against humanity.

This has been hailed as a landmark shift in international criminal law that could reshape the way business is done in poorer countries. Global Witness have said that it shows the ICC adapting to the “modern dynamics of conflict,” to violations and displacements which happen in times of peace.

There are hopes that this change in policy signals good news for hundreds of thousands of victims of land grabbing in Cambodia, ten of whom are represented by international criminal law firm Global Diligence LLP, and whose case is currently under review at the ICC.

This has been hailed as a landmark shift in international criminal law that could reshape the way business is done in poorer countries.

“The government talks about poverty reduction, but what they are really trying to do is to get rid of the poor. They destroy us by taking our forested land, 70 percent of the population has to disappear, so that 30 percent can live on. Under Pol Pot we died quickly, but we kept our forests. Under the democratic system it is a slow, protracted death. There will be violence, because we do not want to die,” a Cambodian victim of land grabbing recounts.

Speaking to IPS, Richard Rogers, who lodged the case with the ICC, said this is an indication that Prosecutor Fatou Bensouda “has accepted the argument of Global Diligence and others that the systemic crimes committed under the guise of ‘development’ are no less damaging to victims than many wartime atrocities – forced population displacement destroys entire communities and leads to massive suffering.”

“I feel very confident that the ICC Prosecutor will soon move forward with the case that I filed relating to the land grabbing and forcible evictions in Cambodia,” he said. “That case is a perfect test case for the new policy.”

But Senior Appeals Counsel at the ICC, Helen Brady, has disputed any connection between the two situations, saying that the Cambodian victims’ case and the policy document are “two completely separate things. We wrote a policy, and separately, we have under analysis in our office a preliminary examination going into the Cambodian [case],” she told IPS.

Brady, who also chaired the working group that came up with the policy document, stressed that the court’s policy on the selection of individual cases, which takes place after the decision to commence a full investigation into an overall series of crimes, is a distinct issue from whether the court decides to formally declare a preliminary examination into the Cambodian victims’ case, which will be determined by different means laid out in a policy document published in November 2013.

In fact, this earlier document already determines that cases where there is “social, economic and environmental damage inflicted on the affected communities” will be given special attention.

Yet it is clear that the recent announcement describes these kinds of environmental crime in more detail, even specifically mentioning “land grabbing” in its introduction. Paying heed to other major watchwords of supranational judicial bodies, it also refers to the increased vulnerability of victims instilled by terror, and of the trafficking of arms and persons.

Perhaps this isn’t the watershed moment environmental activists have been campaigning for, but it remains a promising step towards accountability for the victims of environmental crimes. “I think it’s highly important and it’s not just symbolic – it means something,” the ICC’s Helen Brady said.

Legal experts have played down the significance of the shift since the ICC’s mandate has not changed, with some saying this looks more like an attempt for the ICC to work with national judicial authorities in helping them to prosecute crimes of this kind, provided for in the paper’s seventh clause.

As it stands the ICC can only prosecute Rome Statute crimes if the perpetrator comes from one of the 124 countries that have ratified its statute, or if the UN refers a case. Three of the five members of the UN Security Council – the US, Russia and China – have not ratified the court’s statute and can veto crimes referred to it.

Nevertheless, as Rogers argues, should the Cambodian victims see a fair hearing, prosecution for environmental crimes would be entering new waters: “the impact of the new ICC focus can be enormous. Those who commit land grabbing and related crimes have a lot to lose – they tend to be government ministers and businessmen with reputations to protect. Therefore, they are far more likely to change their behavior than regular war criminals,” Rogers said.

In Cambodia, 10 percent of the country’s land has already been carved up among 230 companies. There are estimates that 770,000 people have been affected by land grabs in Cambodia since 2000, 6 percent of Cambodia’s total population.

“Chasing communities off their land and trashing the environment has become a common and accepted way of doing business,” Harrison said.

“More than three people a week – ordinary citizens – are murdered for defending their land, forests and rivers against destructive industries like mining, logging and agribusiness. These numbers are increasing. In 2015 we documented 185 deaths – by far the highest annual death toll on record.”

Women are disproportionately targeted in these killings, which were brought greater attention after Honduran activist Berta Caceres’ high profile murder in March.