Investments Into, Out of Developing Countries at Record Levels 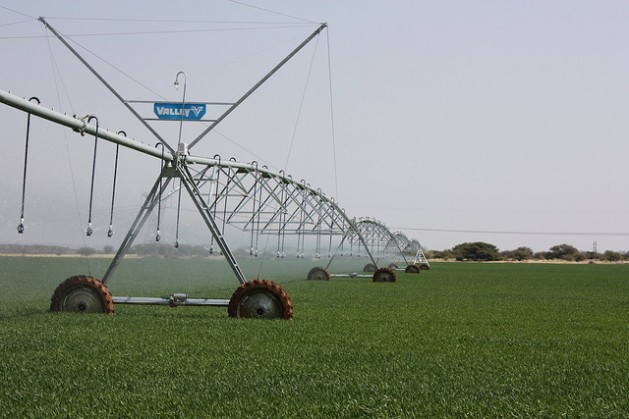 One of the most lucrative new global investment opportunities is in agricultural land in developing countries. Credit: Patrick Burnett/IPS

WASHINGTON, Dec 6 2012 (IPS) - Foreign direct investment (FDI) both into and out of developing countries is at or nearing record levels, an arm of the World Bank reported on Thursday.

“Uninterrupted by the slowdown in the global economy, FDI outflows originating in developing countries increased by an estimated 11 percent in 2012 to reach a new record level of 237 billion (dollars),” states a new report by the Multilateral Investment Guarantee Agency (MIGA), a member of the Washington-based World Bank Group tasked with promoting FDI into emerging economies.

The majority of investment outflows are coming from the so-called middle-income countries, with Brazil, China, Russia and India alone accounting for around 64 percent of these investments over the past year. Of these, China’s state-owned entities set new records in overseas investment in 2012.

(Separately on Thursday, the International Monetary Fund, also based here in Washington, released new results from a survey of country-by-country bilateral investments, including information on both inward and outward flows.)

For the most part, investment trends in nearly all parts of the world have been relatively weaker over the past year following both political instability and the global economic downturn, though Latin America has been a notable exception. As such, this year’s figures for inflows into developing countries were likewise down by around seven percent, to around 600 billion dollars.

Nonetheless, MIGA analysts say that they expect investments to developing countries to rebound this coming year and to exceed previous records set in 2008, just prior to the global financial meltdown that has particularly wracked “traditional sources” of investment, primarily in the West.

FDI into developing countries “has remained a significant engine of growth even as the global economic picture has weakened,” Izumi Kobayashi, MIGA’s executive vice-president, said Thursday.

Still, activists throughout the world have increasingly been warning that foreign investment into developing countries is bringing with it significant problems.

The new report, which is more broadly focused on political risk in FDI, doesn’t go into detail on what is making up most of these investments. However, it does give a breakdown by industry type of 438 multinational executives investing in developing countries who responded to the MIGA survey referenced above in mid-2012.

Of those, the largest by far was the financial sector, based far more than anywhere else in the United States. In this, one broad new investment trend is illustrative.

According to a new report released Tuesday by the Oakland Institute, a land-use watchdog, one of the most lucrative new global investment opportunities is currently in agricultural land in developing countries. Yet remarkably little information is publicly available on this trend.

Oakland Institute researchers suggest that the private financial sector may have invested up to 25 billion dollars in farmland and agriculture in developing countries in recent years, an amount that could double or triple in the near future.

“These kinds of investments are mis-investments in communities, in agriculture,” the Oakland Institute’s Anuradha Mittal told IPS recently. “Yet many have chosen to ignore the clear evidence that has been brought forward.”

Agricultural funds are often “portrayed as positive social investment”, the institute’s researchers say, aimed at counteracting hunger and the effects of climate change. Yet such large-scale deals, they warn, have been found to negatively impact on food security, local livelihoods and the environment.

The Guiding Principles aim to address “the widening gap between the scope and impact of economic and financial actors,” the U.N. high commissioner for human rights, Navi Pillay, told the forum on Tuesday, warning that enhanced legal standards and assurances of accountability would be required.

In the event’s keynote address, John G. Ruggie, the former special representative for business and human rights, noted that in recent years “the rights of multinational corporations to operate globally increased greatly … However, the protection of people in this transformed economic context did not keep pace.”

While the Guiding Principles mark a first broad international consensus on the issue, Ruggie warns that “states are not generally required … to regulate the extraterritorial activities of businesses domiciled within their jurisdiction … National courts appear not to share a consistent understanding regarding the applicability to companies of international standards prohibiting gross human rights abuses.”

Many have been particularly keen to see how the United States, home to more, and more active, multinational companies than any other country, would act. Since the passage of the Guiding Principles, Washington has put in place rules that would force U.S.-based companies to publicise payments made to foreign governments, and would require additional transparency in the extractives industry.

A case currently before the U.S. Supreme Court will also decide the extent to which U.S. courts will be able to prosecute for alleged human rights infringements that take place overseas.

Currently, however, the first two rules are under litigation brought by industry interests, while the prospects of the latter case are seen by many as dubious.