Q&A: Depending on Democracy to Deliver Sustainable Development 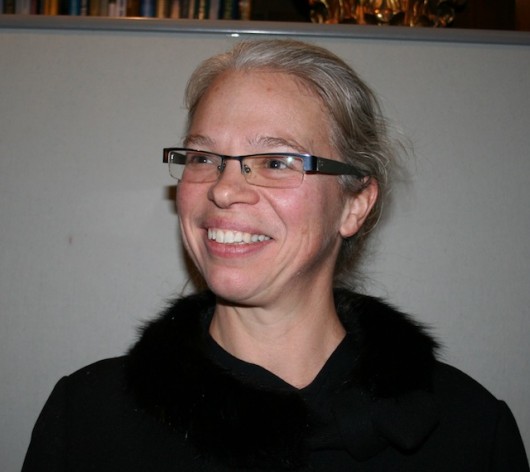 “Democracies, however, are not responding well, exacerbating the effects of those challenges, rather than seeing them as opportunities for their own reform.”

Ward tells IPS reporter Busani Bafana why she thinks that democracy can deliver sustainable development. Excerpts from the interview with IPS follow:

A: There is an active debate precisely about this question, and there are some more authoritarian governments that argue that you need to deliver economic growth first and democracy later. From our perspective, it’s not a relevant question in a way.

Our concern is sustainable development rather than economic development or growth per se. And the manifesto isn’t really about spreading “democratisation” either.

If you start with a sustainable development perspective, one that includes ideas of equity and environmental protection as well as economic development, there’s no separating out democracy.

Q: In Africa, democracy and sustainable development are still elusive. What difference will this manifesto make on the continent?

A: We’re working with the idea that people, civil society groups and elected representatives can make commitments which might together lead to a change in the practice of democracy. We’ve adopted the idea of creating a “ripple effect” with the launch of the manifesto and subsequent processes of experimentation and innovation. We hope that the manifesto will be a useful resource for people and organisations anywhere that it’s meaningful to talk about how to adapt democracy to sustainable development.

But I suspect that African readers of the manifesto will find that there’s quite a lot that could be done to tailor it to the realities of the African continent’s multiple and varied systems of democracy. I should also stress that we’ve had less input from African citizens than people from other parts of the world in the consultation process.

We’ll be launching the manifesto as a document which we would like to have global resonance – but recognising that inevitably both it, and the processes of experimentation and innovation that are associated with it, will need to evolve over time.

We will be delighted, for example, if it leads to an initiative to develop a more specific set of principles and actions for a variety of African contexts. It is about catalysing self-organised movements for change, rather than spreading “our” manifesto around the world.

Q: Why a manifesto for change?

A: Because we want to turn our first three years of partnership, analysis and advocacy at FDSD into a blueprint for action. Solutions to the tensions between democracy and sustainable development do exist – we’re convinced of that – and are being implemented.

What we need is an inspiring document that creates ripples, and allows those solutions to spread elsewhere. We hope that the manifesto will become a catalyst for change, as other manifestos have been in the past, and will reach out beyond the small community of insiders to touch the lived experiences of democracy as a political system in a variety of contexts.

Q: What will the manifesto focus on?

A: The manifesto will outline a broad vision of how democracy could look when properly equipped to deliver sustainable development, list key principles underpinning that vision and provide suggestions for innovations that need to happen in order to implement those principles. It will be a short document, two to three pages in total, with a positive, constructive tone that we hope will help ensure its success.

A: At the moment, democracy has the potential to deliver sustainable development but doesn’t actually do it. Democracies are too often geared towards short-term interests based on electoral cycles, with a disproportionate focus on economic growth and an insufficient understanding of the critical trade-offs between direct, representative and deliberative democracy, and the balance between expertise and participation. To make things worse, some democracies do not even get the basics right. They violate fundamental human rights, fail to provide proper access to information and to justice, and lack respect for the rule of law.