WASHINGTON, Dec 17 2012 (IPS) - Although the United States and Russia have massively reduced their collective number of nuclear weapons since the heyday of the Cold War, the rate of that reduction is slowing, the Federation of American Scientists (FAS) warned Monday. 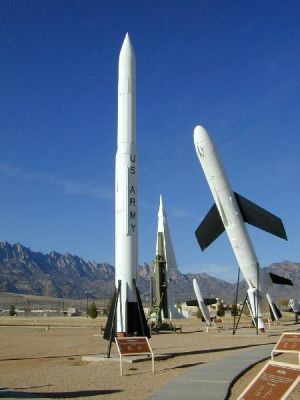 The MGM-5 Corporal missile. Since 1991, the United States has reduced its number of nuclear weapons from around 19,000 to roughly 4,650 today Credit: White Sands Missile Range Museum/U.S. Army

Further, these two countries alone continue to account for more than 90 percent of the world’s total nuclear arsenal, 15 times the rest of the seven nuclear weapon states combined.

“The pace of reducing nuclear forces appears to be slowing compared with the past two decades,” Hans M. Kristensen, director of the FAS Nuclear Information Project, said Monday. “Both the United States and Russia appear to be more cautious about reducing further, placing more emphasis on ‘hedging’ and reconstitution of reduced nuclear forces, and both are investing enormous sums of money in modernising their nuclear forces over the next decade.”

Since 1991, the United States has reduced its number of nuclear weapons from around 19,000 to roughly 4,650 today, according to data in a new FAS report, authored by Kristensen, looking at the next decade of nuclear disarmament. Although the corresponding Russian numbers are not publicly known, FAS estimates that the decline has been even more significant, from around 30,000 to 4,500 today. (Though between the two countries, another 16,000 are awaiting dismantlement.)

Those are nearly fivefold decreases, echoed by reductions in non-strategic (or short-range) nuclear weapons by both Washington and Moscow of some 85 and 93 percent, respectively.

Such numbers represent a major success in international negotiation and engagement, but the FAS analysts suggest that tracking this trend in the long term is “becoming less interesting and relevant”.

Although a new bilateral treaty – the New Strategic Arms Reduction (START) Treaty – entered into force between the U.S. and Russia in 2011, it now appears that by the time of the agreement’s 2018 deadline, the number of strategic nuclear weapons deployed by the two countries will be only “marginally smaller” than today. Further, the new treaty is set to sunset just three years later.

Given the new data, the implication is that either a new set of arms-reduction treaties will need to be agreed in coming years, or each country will need to embark on new unilateral programmes of reduction. If neither of those takes place, “large nuclear forces could be retained far into the future.”

With the election over, Kristensen is calling on President Barack Obama to “once again make nuclear arms control a prominent and visible part of his foreign policy agenda”. He also suggests that, with the U.S. debt and government spending currently front and centre in a rancorous debate, now might be a good time to gain traction on unilateral reductions of the U.S.’s own arsenal.

According to the Ploughshares Fund, a peace and security-focused foundation in Washington that supported the FAS report, the United States looks set to spend around 640 billion dollars on its nuclear weapons programmes over the coming decade.

President Obama began his first presidential term by almost immediately giving a forceful speech, in April 2009 in Prague, in which he noted that the continued presence of nuclear weapons “matters to all people, everywhere”.

The president, who had taken over office only months before, also admitted that the United States has a unique responsibility in this regard. “As the only nuclear power to have used a nuclear weapon, the United States has a moral responsibility to act … So today, I state clearly and with conviction America’s commitment to seek the peace and security of a world without nuclear weapons.”

The subsequent four years have seen some limited legislative movement on the issue in Washington, with the most significant being the ratification of the New START Treaty. Yet Kristensen and others have characterised even this as “modest”, while Washington has continued to fail to ratify the Comprehensive Nuclear Test Ban Treaty.

However, following the recent presidential election here, President Obama has made initial suggestions that he remains deeply interested in undertaking a major new disarmament push. In early December, in his first major address on foreign policy since the election, the president noted that, despite past nuclear-reduction successes, the United States was “nowhere near done – not by a long shot.”

He also stated: “Russia has said that our current agreement hasn’t kept pace with the changing relationship between our countries. To which we say, let’s update it.”

Those remarks are “an important signal to his national security team, the Congress, the American public, and the world that (Obama) intends to complete unfinished nuclear risk reduction tasks,” Daryl G. Kimball, executive director of the Arms Control Association, a Washington watchdog, said in analysis e-mailed to IPS.

Recent weeks have seen mounting calls here in Washington for President Obama to build on this stance, both to push for new agreements with Russia and to take unilateral moves with regard to the United States’ own nuclear arsenal. Yet prospects look daunting on both fronts.

According to a recent policy brief from the Carnegie Endowment for International Peace, a Washington-based think tank, the U.S. arms-control agenda is currently “a more partisan issue than at any time since the end of the Cold War.” The brief’s editor, James M. Acton, says that this is in part due to Republican disagreement with President Obama’s central goal, that of a world without nuclear weapons.

Further, U.S.-Russian relations have become increasingly strained in recent months, including over U.S. plans for a missile defence system in Europe, despite a high-profile attempt by President Obama to “reset” Washington’s Russia policy.

A major new move by the U.S. Congress to normalise trade relations with Russia – for the first time in nearly four decades – has now been overshadowed by simultaneous punitive legislation that censures Moscow for its human rights record.

The Russian government’s response has been incendiary, promising retaliation and noting that the law “will rather negatively affect the prospects for bilateral cooperation”.