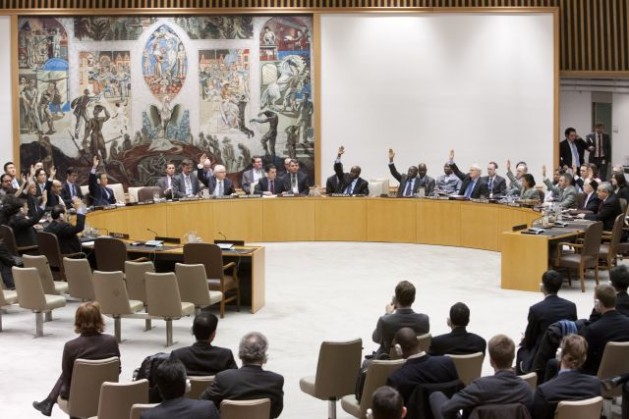 UNITED NATIONS, Jun 3 2013 (IPS) - U.S. President Barack Obama is set to host his Chinese counterpart Xi Jinping on Jun. 7-8 for their first bilateral meeting as heads of state. Figuring on their agenda is how to address a precarious North Korea, which is armed with a small nuclear arsenal and vying for a bigger one.

In the past seven years, North Korea has suffered a spate of U.N. Security Council sanctions, the most recent of which was co-drafted by the U.S. and China in March under resolution 2094. The resolution prohibits the transfer of any materials and financial assets into North Korea that may contribute to its nuclear programme. The resolution also prevents some luxury goods from entering the country.

But in general, U.N. sanctions have yet to halt North Korea’s nuclear developments, much less disarm its nuclear arsenal.

“Clearly, U.N. sanctions have not been effective, as evidenced by North Korea’s continued development and testing of nuclear weapons since sanctions were first introduced in 2006,” said Charles K. Armstrong, a professor of history at Columbia University and the director of the Center for Korean Research.

Sanctions are seen as provocative by Pyongyang and are often met with pugnacious threats against the U.S. and its allies, including promises to burn down Washington in a “sea of fire”. Armstrong told IPS that a diplomatic approach instead was possible, albeit very difficult given how far apart the U.S. and North Korea have drifted on the nuclear issue.

The Side Effects of Sanctions in North Korea

North Korea is reviled internationally for opaque governance under its 29-year old head of state Kim Jung-un. Kim has inherited a cult of personality, shaped by three generations of propaganda and patriarchal rule.

“In my view, that’s the most perverse effect of sanctions, which is the attempt to shut down legitimate trade and investment in North Korea by outsiders,” he told IPS.

Sigal noted that legitimate international trade has positive elements as well, of exposing North Koreans to ideas from the rest of the world. “They see things they wouldn’t otherwise see,” he said.

The Associated Press in Pyongyang reported on May 30 that international sanctions are also cutting off funds to humanitarian aid groups, U.N. agencies and foreign embassies in the country.

Sigal, the director of the Northeast Asia Cooperative Project at the Social Science, argues however that North Koreans have skirted financial sanctions in the past and are likely to continue doing so. “Money just flows, that is one of the byproducts of globalisation,” he explained.

During a mass famine in the mid-1990s, North Koreans illegally crossed the Sino-Korean border in search of food. Sometimes they bribed boarder guards, and other times they snuck past them or were simply given permission to cross, said Sigal.

North Korean traffickers were able to obtain Chinese products, as well as imports from other countries that went through China. Traffickers then set up markets in North Korea that allowed for the flow of goods from the world to reach North Korean society. Ordinary North Koreans started relying on markets rather than the state for their wellbeing, said Sigal.

“That (was) a profound change in North Korea, where the state was the centre of everything for the populace for decades,” he said.

“North Korea has declared it will never give up its nuclear weapons, (and) the U.S. insists Pyongyang must give them up,” he said. “For now, the best we can hope for is an agreement to freeze North Korea’s programme where it is, while diplomatic negotiations work toward reducing and ultimately eliminating weapons on the Korean peninsula.”

According to the U.S. policy of “strategic patience”, Pyongyang must first reconfirm its commitment to denuclearise before Washington opens up for dialogue.

Part of the solution lies in China, which has maintained diplomatic and economic relations with North Korea as its neighbour to the north. Trade between the two countries has reportedly grown in the past decade, or at least up until a Chinese banking decision curtailed financial ties in early May.

China and the U.S. have different visions of the Asia-Pacific moving forward. China hopes for stability on the Korean peninsula and has taken a less coercive approach to North Korea.

Other issues plaguing the U.S-China relationship include security violations via cyberspace, of which both countries have accused the other of carrying out and instigating; as well as the U.S.’s “rebalancing” or “pivot” of military forces away from the Middle East and into the Asia-Pacific.

At The Shangri-La Dialogue in Singapore on Saturday, U.S. Secretary of Defence Chuck Hagel announced a variety of military assets that his country is planning on diverting into the region, including submarines, long-range bombers, carrier strike groups, F-22 and F-35 fighter jets and ground troops. Hagel also boasted forthcoming laser and drone technologies, the latter of which can now take off from aircraft carriers.

But North Korea’s nuclear developments, missile launches and threats of late has irritated China as well, said Stephan Haggard, a professor of Korea-Pacific Studies at the University of California, San Diego.

On May 7, the state-run Bank of China cut off financial ties with North Korea’s Foreign Trade Bank, which is North Korea’s main international business liaison. And on May 21, during a bilateral meeting with North Korean envoy Choe Ryong Hae, President Xi “reaffirmed China’s stance of denuclearisation on the Korean Peninsula” and called for North Korea to return to six-party talks, reported China’s Xinhua News Agency.

“On the opportunity side, this issue might be a way for the U.S. and China to cooperate, given that they have common interests in the denuclearisation of the peninsula,” Haggard told IPS.

North Korea’s last nuclear test shows that it is on the cusp of having an efficient nuclear device, warned Leon V. Sigal, director of the Northeast Asia Cooperative Security Project at the Social Science Research Council.

“The Chinese position’s been clear for a long time. They absolutely do not want the North Koreans to test longer-range missiles and nuclear weapons. They understand the reactions of the nuclear states and South Korea will adversely affect Chinese security,” he told IPS.

“The problem is that they’re not prepared to bring North Korea to its knees… Their influence is therefore limited because the North Koreans know they don’t want to topple the regime,” he said.

If North Korea falls, its refugees may pour across the Yalu River and over the Sino-Korean border. A collapsed regime may also lead South Korea, a U.S. ally, to take over the peninsula, bring U.S. presence right into China’s backyard and ratchet tensions between the two superpowers.

“The U.S. and China have to work out further accommodations… It’s not only the key to the North Korean problem, but even more, it’s the key to the larger Asian security problem,” said Sigal.