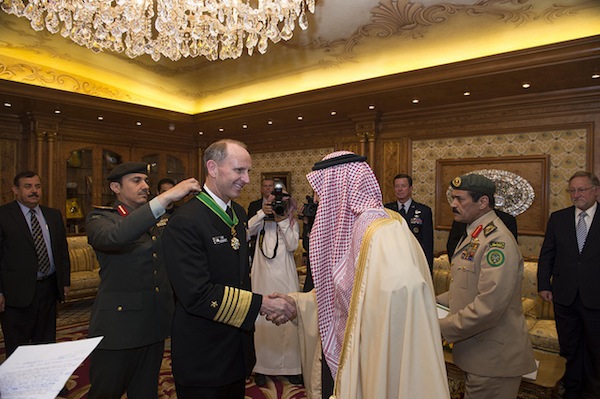 WASHINGTON, Aug 22 2013 (IPS) - As the administration of President Barack Obama continues wrestling with how to react to the military coup in Egypt and its bloody aftermath, officials and independent analysts are increasingly worried about the crisis’s effect on U.S. ties with Saudi Arabia.

The oil-rich kingdom’s strong support for the coup is seen here as having encouraged Cairo’s defence minister Gen. Abdul Fattah al-Sisi to crack down on the Muslim Brotherhood and resist western pressure to take a conciliatory approach that would be less likely to radicalise the Brotherhood’s followers and push them into taking up arms.

Along with the United Arab Emirates and Kuwait, Saudi Arabia did not just pledge immediately after the Jul. 3 coup that ousted President Mohamed Morsi to provide a combined 12 billion dollars in financial assistance, but it has also promised to make up for any western aid – including the 1.5 billion dollars with which Washington supplies Cairo annually in mostly military assistance – that may be withheld as a result of the coup and the ongoing crackdown in which about 1,000 protestors are believed to have been killed to date.

Perhaps even more worrisome to some experts here has been the exceptionally tough language directed against Washington’s own condemnation of the coup by top Saudi officials, including King Abdullah, who declared Friday that “[t]he kingdom stands …against all those who try to interfere with its domestic affairs” and charged that criticism of the army crackdown amounted to helping the “terrorists”.

Bruce Riedel, a former top CIA Middle East analyst who has advised the Obama administration, called the comments “unprecedented” even if the king did not identify the United States by name.

"Saudi Arabia does not consider the U.S. a reliable protector, thinks it's on its own, and is acting accordingly."
-- Chas Freeman

Chas Freeman, a highly decorated retired foreign service officer who served as U.S. ambassador to Riyadh during the Gulf War, agreed with that assessment.

“I cannot recall any statement as bluntly critical as that,” he told IPS, adding that it marked the culmination of two decades of growing Saudi exasperation with U.S. policy – from Washington’s failure to restrain Israeli military adventures and the occupation of Palestinian territory to its empowering the Shia majority in Iraq after its 2003 invasion and its abandonment of former Egyptian President Hosni Mubarak and its backing of democratic movements during the “Arab awakening”.

“For most of the past seven decades, the Saudis have looked to Americans as their patrons to handle the strategic challenges of their region,” Freeman said. “But now the Al-Saud partnership with the United States has not only lost most of its charm and utility; it has from Riyadh’s perspective become in almost all respects counterproductive.”

The result, according to Freeman, has been a “lurch into active unilateral defence of its regional interests”, a move that could portend major geo-strategic shifts in the region. “Saudi Arabia does not consider the U.S. a reliable protector, thinks it’s on its own, and is acting accordingly.”

A number of analysts, including Freeman, have pointed to a Jul. 31 meeting in Moscow between Russian President Vladimir Putin and the head of the Riyadh’s national security council and intelligence service, Prince Bandar bin Sultan, as one potentially significant “straw in the wind” regarding the Saudi’s changing calculations.

According to a Reuters report, Bandar, who served as Riyadh’s ambassador to Washington for more than two decades, offered to buy up to 15 billion dollars in Russian arms and coordinate energy policy – specifically to prevent Qatar from exporting its natural gas to Europe at Moscow’s expense – in exchange for dropping or substantially reducing Moscow’s support for Syrian President Bashar al-Assad.

While Putin, under whom Moscow’s relations with Washington appear to have a hit a post-Cold War low recently, was non-committal, Bandar left Moscow encouraged by the possibilities for greater strategic co-operation, according to press reports that drew worried comments from some here.

“[T]he United States is apparently standing on the sidelines – despite being Riyadh’s close diplomatic partner for decades, principally in the hitherto successful policy of blocking Russia’s influence in the Middle East,” wrote Simon Henderson, an analyst at the pro-Israel Washington Institute for Near East Policy (WINEP).

“It would be optimistic to believe that the Moscow meeting will significantly reduce Russian support for the Assad regime,” he noted. “But meanwhile Putin will have pried open a gap between Riyadh and Washington.”

As suggested by Abdullah’s remarks, that gap has only widened in the wake of the Egyptian military’s bloody crackdown on the Brotherhood this month and steps by Washington to date, including the delay in the scheduled shipment of F-16 fighter jets and the cancellation of joint U.S.-Egyptian military exercises next month, to show disapproval.

U.S. officials have told reporters that Washington is also likely to suspend a shipment of Apache attack helicopters to Cairo unless the regime quickly reverses course.

Meanwhile Moscow, even as it joined the West in appealing for restraint and non-violent solutions to the Egyptian crisis, has also refrained from criticising the military, while the chairman of Foreign Affairs Committee of the Duma’s upper house blamed the United States and the European Union for supporting the Muslim Brotherhood.

“It is clear that Russia and Saudi Arabia prefer stability in Egypt, and both are betting on the Egyptian military prevailing in the current standoff, and are already acting on that assumption,” according to an op-ed that laid out the two countries’ common interests throughout the Middle East and was published Sunday by Alarabiya.net, the news channel majority-owned by the Saudi Middle East Broadcasting Centre (MBC).

Some observers argue that Russia and Saudi Arabia have a shared interest in containing Iran; reducing Turkish influence; co-operating on energy issues; and bolstering autocratic regimes, including Egypt’s, at the expense of popular Islamist parties, notably the Brotherhood and its affiliates, across the region.

“There’s a certain logic to all that, but it’s too early to say whether such an understanding can be reached,” said Freeman, who noted that Bandar “wrote the book on outreach to former ideological and geo-strategic enemies”, including China, and that his visit to Moscow “looks like classic Saudi breakout diplomacy”.

But reaching a deal on Syria would be particularly challenging. While Riyadh assigns higher priority to reducing Iran’s regional influence than to removing Assad, some analysts believe there are ways an agreement that would retain him as president could be struck, as Moscow insists, while reducing his power over the opposition-controlled part of the country and weakening his ties to Tehran and Hezbollah.

But Mark N. Katz, an expert on Russian Middle East policy at George Mason University, is sceptical about the prospects for a Russian-Saudi entente, noting that Bandar has pursued such a relationship in the past without success.

“I’m not saying it can’t work, but this has been his hobby horse,” he told IPS. “Whatever happens in Saudi-American relations, however, the Saudis don’t trust the Russians and don’t want them meddling in the region. Everything about the Russians ticks them off.”

He added that Abdullah’s harsh criticism was intended more as a “wake-up call” and the fact that “the Saudis are on the same side [in supporting the Egyptian military] as the Israelis has emboldened them”.