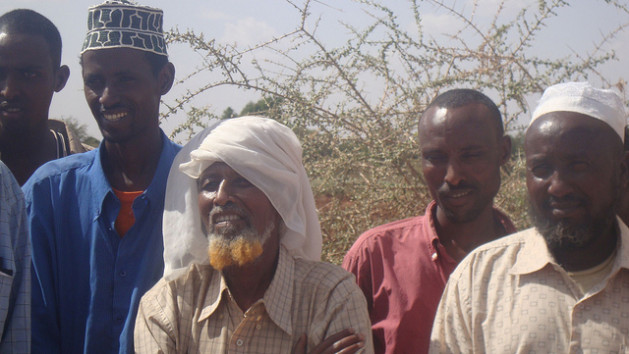 NAIROBI, Sep 25 2013 (IPS) - Ali Hassan Gitonga, 33, a recent convert to Islam from the Meru community in Kenya’s Eastern Province, is said to have travelled to Somalia for training with Al-Shabaab in 2011. He is under arrest for alleged involvement in the Sep. 21 Westgate Mall terror attack in Nairobi.

That year, 4,000 soldiers from the Kenya Defence Force (KDF), under an offensive dubbed Operation Linda Nchi (Operation Protect the Nation), moved into Somalia to drive the Al-Shabaab terror group out of Southern Somalia.

Since the operation, Al-Shabaab has waged a series of revenge attacks in various parts of Kenya that have injured, maimed and killed innocent civilians.

But from the Ministry of Internal Security it is emerging that Gitonga is just one of the growing number of young people between the ages of 15 and 34 in Sub-Saharan African countries who are increasingly leaning towards Islamic radicalism. Kenya, Somalia, Eritrea and Tanzania are some of the countries facing the greatest risk from this homegrown threat.

Abdi Muhamud, an advocate and human rights expert in Kenya’s Coast Province, says “Many young people from poor families have travelled to Somalia for training with Al Shabaab. They are promised lucrative jobs outside the country and economic support for their families.”

Muhamud says that the rise and dominance of the Islamist rebel group Al-Shabaab in Somalia since 2009 has had serious implications for neighbouring countries, particularly Kenya.

The International Crisis Group (ICG), an NGO that works to resolve and prevent deadly conflicts, states that “In the last four years, it [Al-Shaabab] has built a formidable and secretive support infrastructure in Kenya. A tiny, but highly radicalised, close-knit and secretive Salafi Jihadi fringe which looks up to Al-Shabaab as a source of emulation.”

While it is undisputed that there is terrorist activity in Kenya, Muslim leaders, human rights experts and political analysts disagree on the existence and degree of radicalism among Kenyan Muslims.

“There is radicalism among Muslims in Kenya,” Muhamud says. “The slogan Pwani Si Kenya, ‘Coast Province is not Kenya’, fronted by the Mombasa Republican Council (MRC) to have Coast Province secede from the central government, is a good indicator.”

Muhamud told IPS that while the MRC, which boasts of an arguable membership of more than 1.5 million followers, was formed in 1999, it remained dormant until 2008 when it re-emerged with the slogan. “This is around the time when the Al-Shabaab presence in Somalia began to grow significantly. These events are related,” he said.

“Muslims in Northern Kenya and the Coast Province have been primary targets for recruitment and extremism by Al-Shabaab and its sympathisers. The residents are predominantly Muslims who have felt marginalised by the central government,” Muhamud said.

But Cyprian Nyamwamu, executive director of the East African Democracy Foundation, disagrees. “The situation is much more complex than radicalism and must be addressed in light of geopolitics and the global economy. Kenya is a strategic East African nation and the West has a significant interest in making the country a soft target.”

According to the ICG, since Sept. 11, 2001 Kenya has actively assisted Western efforts to identify, arrest and detain suspected terrorists. Muhamud says that this has left Kenya vulnerable to attacks from “enemies of Western countries. This is not a Kenyan war but a global one.”

Nyamwamu concurs. “We are dealing with extremists from outside Kenya. From the Westgate Mall attacks alone, it is evident that the human capital is significantly external. Internal security has indicated that most of the attackers were Europeans. Perhaps we are dealing with the reinvention of the Al Qaeda group.”

But Muhamud says ignoring the spread of radicalism in various parts of the country is part of the problem. “Also, the Horn of Africa, where Somalia lies, is geographically close to the Middle East. Western countries must address the Middle Eastern problems because they are spilling over into Sub-Saharan Africa through troubled Somalia.”

Still, there are those who blame the rising radicalism not so much on religion but on unemployment. Government statistics show that every year 500,000 young people enter the job market. Of the 19.8 million people of working age in this country of 41 million, at least 70 percent are young people between the ages of 18 and 34. And over 65 percent of these young people are unemployed.

Further, the statistics show that for every two crimes reported to the police, one has been committed by a young person between the ages of 16 and 25.

Father Gabriel Dolan, a columnist with the Saturday Nation and a prominent human rights activist here, says “We have non-Somalis exploiting the growing population of unemployed youths. These terrorists are not youths who go to the mosque.”

“Most of those arrested in the past in connection with Al-Shabaab activities have been young people who claim to have converted to Islam and they are from various non-Somali communities,” he says.

According to Dolan, “We are dealing with very few radicals. It is not a widespread issue of radicalism. Unfortunately, you do not need large numbers to advance extreme ideologies. From the estimated 15 attackers at Westgate, more than 62 lives have been lost and at least 200 injured. And this is only one incident.”

But Hussein Gullet of the National Muslim Leaders Forum in charge of Northern Kenya, a region that is predominantly home to ethnic Somalis, says “Islam cannot be held responsible for youths being idle and vulnerable to exploitation. Muslims do not ascribe to terrorism. The terrorists operating in Kenya are foreigners. These are foreign-sponsored attacks.

“Radicalism is not an Islamic reaction. Such extremism is common in countries where there is hostility between Muslims and Christians. Muslims in this country enjoy all the rights and freedoms that people of other religions enjoy. The security forces must investigate the cause of terror attacks and come up with a solution that addresses the realities on the ground,” he said.