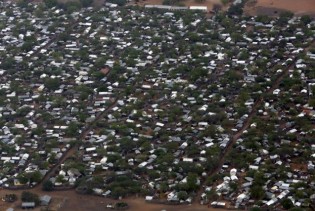 By Lisa Vives
At a meeting with Kenyan President Uhuru Kenyatta, U.S. Secretary of State John Kerry this week pledged an extra 45 million dollars for the U.N. which is sheltering over a half million refugees fleeing civil unrest, terrorism and violence in Somalia and South Sudan.

By AJ Correspondents
Heavy and sustained gunfire has been heard from the Nairobi mall where the Al-Qaeda-linked Somali Islamist rebel group Al Shabab are holed up, holding an unknown number of civilians hostage.

By Muhyadin Ahmed Roble and Yusuf Ahmed
At 18, Farah Osman should not be a battle-hardened soldier. He should not have spent the last seven years fighting for the Somali Islamist extremist group Al-Shabaab, or have been trained by foreign jihadists in handling and repairing weapons and improving his shooting skills.

By Brian Ngugi
The United Nations has called for sustained aid efforts in Somalia to prevent the war-torn country from experiencing another humanitarian crisis as more than three million people remain in need of urgent aid.
Next Page »
ADVERTISEMENT ADVERTISEMENT