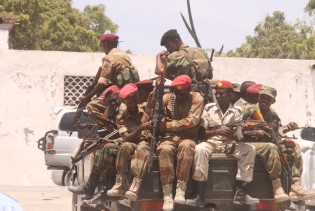 By Ahmed Osman
The system of government remains the biggest political obstacle in Somalia as key political players boycotted the government’s current national conference to discuss this country’s political future, according to Jaylani Mukhtar, a local academic based in capital Mogadishu.

By Ahmed Osman
Somali clan leaders say that an Aug. 27 agreement between the government and only a few leaders from the country’s three southern Jubba regions, which aims to resolve the ongoing dispute over who controls the area, creates more problems than it solves.
ADVERTISEMENT ADVERTISEMENT