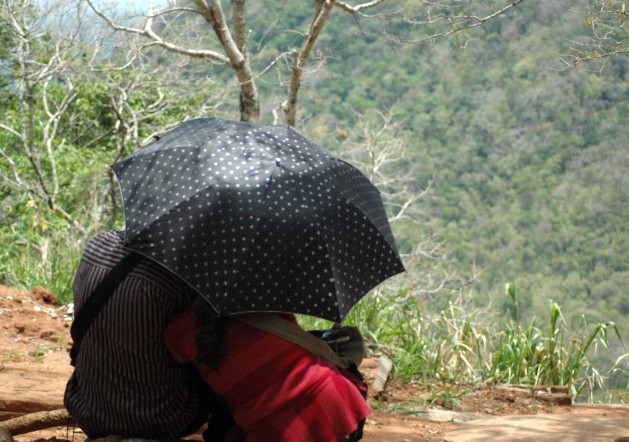 Lack of awareness among youth on risks of HIV infections needs to be addressed quickly to stem the disease from spreading, the National HIV Strategic Plan Sri Lanka 2013–2017 has warned. Credit: Amantha Perera/IPS.

COLOMBO, Feb 2 2014 (IPS) - Four thousand HIV infections in a population of 20 million should not be a difficult figure to manage. But experts in Sri Lanka say social customs and strict laws are hindering them from carrying out prevention and awareness campaigns among high-risk groups.

Despite impressively low national infection rates, there are signs that the spread of HIV – which can lead to AIDS – has increased among these groups, most of which face ostracism, they say.

Sri Lanka, an Indian Ocean island nation, is considered a low HIV prevalence country, according to official statistics. Going by the latest data of the National AIDS Prevention Programme, there are little over 1,800 HIV infected in the country, of which the majority is male, at 1,080.

Even if undetected cases were to be factored in, the overall case load is estimated to be around 4,000, Susantha Liyanage, director of the programme, told IPS.

Liyanage, however, warned that these low figures could be hiding a much more explosive and complex situation – the risk of an epidemic within high-risk groups. “There is a very real chance that there are higher infection rates among high risk groups. We are already seeing such a trend,” he told IPS.

A similar warning came in the Sri Lanka National HIV Strategic Plan 2013-2017 released last year. “Certain socio-economic and behavioural factors noticed in the country may ignite an epidemic in the future,” it said.

Among the risk groups identified in the plan were men who have sex with men, youth aged between 15 and 25, intravenous drug users and the offspring of HIV positive parents.

Experts say while HIV awareness has grown in Sri Lanka, fighting the spread of the disease within high-risk groups is being stymied by legal and social strictures.

Liyanage said the situation is similar for commercial sex workers, identified as yet another high-risk group.

“With all of these groups we have to be discreet and use intermediary organisations to conduct awareness and prevention programmes,” he said.

Of the known infections, 80 percent are due to unprotected sexual activity and 4.4 percent due to parent to child transmission.

Liyanage said despite the presence of a free island-wide prenatal care service carried out by the Ministry of Health, HIV screening of pregnant mothers was still very poor.

The National HIV Strategic Plan said in 2011 only three percent of all pregnant women had been tested for HIV, even though over 95 percent of pregnancies in the country had access to prenatal care.

Liyanage said the increase in infections among the youth was a grave concern. “It indicates that awareness programmes are not effective among the youth.”

Last November a new intra-ministerial committee was formed, with Liyanage at its head, to draft new recommendations to slow down the spread of the disease among youth.

Rajapaksha from the National Youth Council said lack of awareness was becoming a serious problem as more and more youth became sexually active. The official said Sri Lanka’s health policy was yet to recognise youth as a special category, making it difficult to target health risks within the group.

A new National Youth Policy scheduled for release in February recommends that this anomaly be rectified.

Rajapaksha said homosexual men were particularly at risk since social conventions stigmatised them severely. He said in urban areas, especially in the Western Province, activists and groups were helping gay groups but such work was extremely difficult in rural areas.

“On top of this there is hardly any chance of conducting large-scale public awareness campaigns aimed at these groups – the public backlash will be too much,” he said.

Asela, a gay man who works with homosexual groups, said all meetings conducted by his group were limited to a very closed group and there were hardly any public programmes.

“If you are in the network, help is readily available. But we do not carry out any programmes aimed at the general public whereby gay men or women unknown to us can reach us,” he said.

According to research, there are between 30,000 and 40,000 men having sex with men in Sri Lanka. HIV infections within the group have shown a steady increase in the last five years. In 2009, a year after surveillance of the group began, infections were 0.48 percent of overall cases. The rate was 0.9 percent in 2011 and it is currently 12.3 percent.

The group also showed a high number of sexual partners and at least a quarter indicated they had sexual liaisons with women as well.