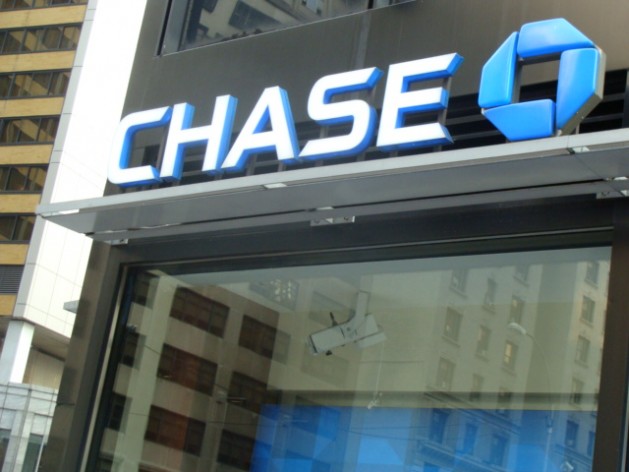 UNITED NATIONS, Sep 8 2014 (IPS) - The Group of 77, the largest single coalition of developing countries, is hitting back at New York City banks that arbitrarily cancelled the accounts of more than 70 overseas diplomatic missions, leaving ambassadors, senior and junior diplomats and non-diplomatic staff without banking facilities.

The 193-member General Assembly is expected to adopt a resolution, a copy of which was obtained by IPS, which requests Secretary- General Ban Ki-moon to review and report back – within 150 days – “any impediments or obstacles with respect to the accounts opened by the Permanent Missions of Member and Observer States or their staff in the City of New York.”

"If it is true that JP Morgan Chase is closing those accounts...I believe the United Nations should refrain from having any business with that bank and the host country should join the discriminated member states in protesting this action." -- Barbara Tavora-Jainchill

The largest number of diplomatic accounts was in one of the biggest banks in the U.S. – J.P. Morgan Chase – which was once housed in the U.N. secretariat as Chemical Bank and considered part of the extended U.N. family.

Relenting to pressure from the United States, the resolution does not single out Chase by name – although it did so in the original draft which was revised after several rounds of closed-door negotiations since last May.

The resolution has been sponsored by the Group of 77 (G-77) comprising 132 developing nations, plus China.

Virtually all of the cancellations were accounts with developing country U.N. missions.

Responding to demands by several countries urging the United Nations to withdraw all its funds from unfriendly banks as a retaliatory measure, the resolution requests the secretary-general to report to the General Assembly “on the financial relations of the United Nations Secretariat with the banking institutions in the City of New York.”

The report is expected to name names and identify the banks responsible for mass cancellations of accounts.

JP Morgan Chase handles billions of dollars in the accounts maintained by the United Nations and its agencies in New York City.

Dr. Palitha Kohona, Sri Lanka’s permanent representative to the United Nations, told IPS his country was one of the victims of the banks’ actions

“The resolution being proposed by the G-77 and China is a reaction to the highly arbitrary manner in which the Chase Bank closed the accounts of certain missions and their staff members,” he said.

Some accounts had been maintained at this bank for many years, he added.

“We responded to a range of concerns, especially of G77 and China, when drafting this resolution,” said Kohona.

If Chase was forced to comply with some local regulations, was this measure applied selectively or to all missions that maintained accounts with it? he asked.

“Was the host country in compliance with its international legal obligations vis-a-vis the U.N. Member States, if it had actually enforced regulatory requirements on the banks that made the conduct of normal diplomatic business difficult?” said Kohona, a former chief of the U.N. Treaty Section.

The resolution cites the 1947 U.S.- U.N. headquarters agreement that guarantees the rights, obligations and the fulfillment of responsibilities by member states towards the United Nations, under the U.N. and under international law.

He said some countries are reduced to bringing over even the salaries of their staff through the diplomatic bag.

The action of Chase caused great inconvenience and added to the costs of many delegations, he added.

A Latin American diplomat told a meeting of the G-77 last April that diplomats may be forced to stash their money under mattresses in the absence of banking facilities.

Meanwhile, there have been reports that bank cancellations have gone beyond diplomatic missions and even selectively affected U.N. staffers, including a high-ranking U.N. staffer from a South Asian country, whose account was cancelled.

Barbara Tavora-Jainchill, president of the U.N. Staff Union, told IPS, “If it is true that JP Morgan Chase is closing those accounts, which in my view goes against all principles of the United Nations in terms of equality of nations, I believe the United Nations should refrain from having any business with that bank and the host country should join the discriminated member states in protesting this action.”

The resolution also requests the secretary-general – within the next 120 days – to provide member and observer states with information on alternative options regarding banking services in the City of New York so as to enable them and their permanent missions to adequately manage and maintain their accounts, assessed budgetary contributions, voluntary contributions, transfers and other financial responsibilities directly related to their membership in the United Nations.

The General Assembly will also request the host country, the United States, “to take, as soon as possible, additional measures to assist the Permanent Missions accredited to the United Nations and their staff to obtain appropriate banking services.”

A G-77 delegate told IPS a U.N. official has assured that Chase will not be provider of banking services to United Nations after its current contract expires.

Under U.S. pressure, the G-77 watered down the tone of resolution from the original draft.

The United States said it could not “guarantee” anything but agreed to take additional measures to assist Permanent Missions and their staff in obtaining banking services.

The closure of accounts was triggered by a request from the U.S. treasury, which wanted all banks to meticulously report every single transaction of over 70 blacklisted U.N. diplomatic missions, and individual diplomats perhaps as part of a monitoring system to prevent money laundering and terrorism financing.

And as a convenient alternative, they closed down all accounts, shutting off banks from the diplomatic community in New York.