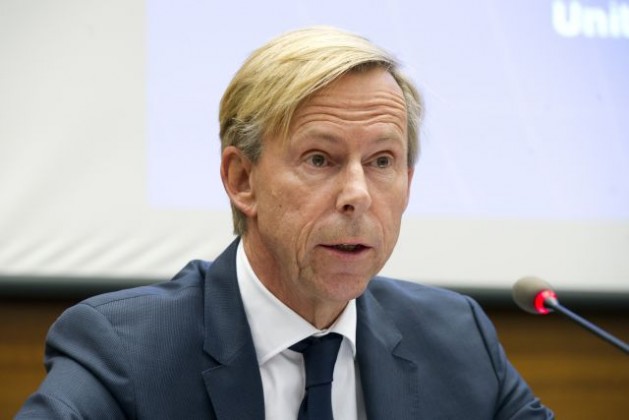 Anders Kompass, Director for Field Operations and Technical Cooperation of the Office of the High Commissioner for Human Rights, was asked to resign after handing the report on child abuse by French peacekeepers in the Central African Republic to French authorities. Credit: UN Photo/Violaine Martin

UNITED NATIONS, May 29 2015 (IPS) - Leaked United Nations documents show high-level staff knew of abuses by soldiers in the Central African Republic and failed to act, all while planning the removal of U.N. whistleblower Anders Kompass.

Twenty-three soldiers from France, Chad and Equatorial Guinea are implicated in the abuse, according to one of the reports.

The documents, released Friday by the organisation AIDS-Free World as part of their Code Blue campaign, implicate the U.N. in making no attempt to stop the ongoing crimes or protect children, and then scrambling to cover up inaction.

“The documents indicate a total failure of the U.N. to act on claims of sexual abuse, even when they know that U.N. involvement might be the surest route to stopping crimes and ensuring justice,” said Paula Donovan, AIDS-Free World’s co-director, in a statement.

Included in the leak is Anders Kompass’ own account of the events, which shows his claim that he was asked to resign by the High Commissioner for Human Rights Prince Zeid Ra’ad Al Hussein, who was acting on a request from the head of U.N. Peacekeeping, Herve Ladsous.

AIDS-Free World suggested that the latest documents bring into question the independence of the U.N.’s Office for Internal Oversight Services and Ethics Office, which is supposed to operate at arm’s length from the rest of the U.N. system, to ensure accountability.

The documents show that the U.N. Children’s Fund (UNICEF) had evidence of abuse by the soldiers on May 19, 2014. Then, during a June 18 interview, a 13-year-old boy said he couldn’t number all the times he’d been forced to perform oral sex on soldiers but the most recent had been between June 8 and 12, 2014 – several weeks after the first UNICEF interview.

“By agreeing to be interviewed by the UN, the children expected the abuse to stop and the perpetrators to be arrested. When children report sexual abuse, adults must report it to the authorities. A child needs protection and, by definition, does not have the agency to decide whether to press charges. They deserved the protection they assumed they would receive once the UN knew of their abuse,” AIDS-Free World said in a statement.