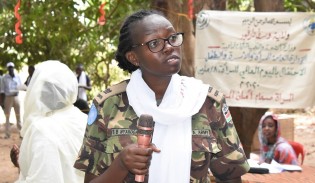 By Thalif Deen
As U.N. peacekeeping operations assume a more agressive role in conflict zones, the first concrete results came last week when the armed forces of the Democratic Republic of Congo (DRC) defeated the M23 rebel group after a 20-month-long insurgency.
Next Page »
ADVERTISEMENT ADVERTISEMENT