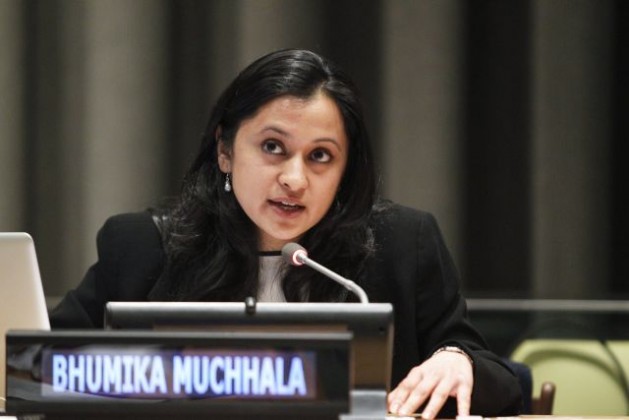 NEW YORK, Jul 9 2015 (IPS) - Lack of ambition and consensus in the New York negotiations begs the question of whether governments in Addis Ababa will salvage or further dilute the outcome of the Third International Conference on Financing for Development from July 13-16.

The establishment of a global tax body, a strong and independent follow-up process for FfD, the Rio principle of CBDR and the link between the post-2015 development agenda and the FFD agenda are among the central issues for the Addis Conference to resolve.

After weeks of political impasse in the intergovernmental negotiations for the Third Conference on International Financing for Development (FfD), an open text to be negotiated in Addis Ababa next week was presented on July 7 by the FfD Co-Facilitators to government delegates and negotiators in New York.

Titled ‘The Addis Ababa Action Agenda of the Third International Conference on Financing for Development”, the draft outcome document, containing 134 paragraphs across 31 pages, is a result of numerous draft revisions beginning with the first ‘Elements Paper’ in January 2015.

Negotiations in New York gathered momentum in April and in the last few months have become heated and tense affairs marked by clashing positions between developed and developing countries and deep discontentment over both content and process.

The Co-Facilitators of the process, Ambassadors George Talbot of Guyana and Geir Pedersen of Norway, convened non-stop informal discussions and even smaller private meetings, all behind closed doors, in the last several weeks. Until mid-June, negotiations in plenary format were open and transparent to all, including via webcast, and interventions by civil society organisations (CSOs) were accepted from the floor.

However, recent informal meetings were explicitly closed, with CSOs being asked to leave the room at initial sessions when some individuals made attempts to observe the proceedings in person.

At the heart of the intergovernmental wrangling is a glaring lack of consensus, which the Co-Facilitators highlighted in their introduction to the final FfD plenary in New York.

Developed countries were intent on seeking to wrap up the negotiations in what would have been a diminished outcome compared to the agreed outcomes in the Monterrey Consensus of 2002 and the Doha Declaration of 2008, and what is needed for the current and future challenges of FfD.

On the other hand, developing countries continue to demand a more ambitious outcome.

Intergovernmental discussions commenced in October 2014 and evolved into negotiations by April 2015. However, rather than convergence on key actions and decisions, the conflicts and red lines became further entrenched for both developed and developing countries.

Developed countries are firmly against such an establishment and have ensured that the relevant language was deleted from earlier versions of the text and now Paragraph 29 refers only to the U.N. Committee of Experts on International Cooperation in Tax Matters and to enhance its resources and increase the frequency of its meetings to two sessions per year.

Besides international tax cooperation, the two other issues highlighted by the Co-Facilitators in the plenary were the conflict on the Rio Principle of common but differentiated responsibilities (CBDR) and the link between FfD and the post-2015 development agenda, including its core component of the Sustainable Development Goals (SDGs), and the means of implementation (MOI) that the FfD outcome is to contribute toward.

The discord on CBDR has consumed a significant amount of time and space in the FfD negotiations, with sharp arguments for it propounded by the G77 and China group of 134 developing countries and arguments against it by developed countries, in particular the European Union and the United States.

The G77 has argued that if the 2015 FfD conference is to contribute to the MOI for the SDGs, the application of CBDR is indispensable for the political legitimacy of the FfD agenda.

Developed countries argued that CBDR only applies to environment and climate change-related issues, and that the North-South dichotomy is in today’s world anachronistic, and no longer reflects a world that has changed.

In response developing countries highlighted how the North-South gap in terms of inequality of consumption and production is still sharp and visceral in its magnitudes, and that if the SDGs have effectively mainstreamed environmental action across all goals and targets, it is only natural that the principle of CBDR is equally valid for the entire agenda of not only the post-2015 development agenda but also the FfD agenda.

The current text of July 7 refers in Paragraph 6 to the reaffirmation of “all the principles of the Rio Declaration on Environment and Development.”

While this formulation does not specify CBDR, the principle as such is included on the whole and is a more favourable outcome than the danger of a redefinition or distortion of the principle.

The text of July 7 reflects this position of developing countries in Paragraph 19, in the formulation that reads: “The post-2015 development agenda, including the SDGs, can be met within the framework of a revitalized global partnership for sustainable development, supported by the concrete policies and actions as outlined in the present Action Agenda.”

Part Two can be found here.