Ruben Echeverría is the Director General of the International Center for Tropical Agriculture.

PALMIRA, COLOMBIA, Mar 24 2016 (IPS) - As we move the Sustainable Development Goals from ideas into actions, tracking progress is going to be paramount. Goal two, to achieve food security, can be measured in many ways. This week, scientists are revealing new research that will be invaluable for reaching target 2.5: maintaining the genetic diversity of crop plants and their wild relatives. 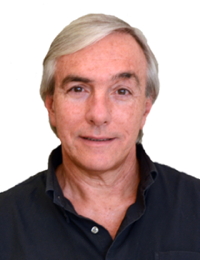 What do crop wild relatives have to do with our food? They have been increasingly drawn upon to help their domesticated cousins (the fruits, roots, seeds and vegetables we eat) to be more productive and resilient.

Unfavourable weather conditions brought on by climate change, as well as pests and diseases threaten these everyday foods we rely on. In order to fortify our food crops, plant breeders need the best tools at their disposal to adapt our crops to withstand greater stress.

But according to new research – the majority of crop wild relatives (that is, wild species related to our food crops that possess diverse traits such as disease and drought tolerance) are not easily available in genebanks. This means that we are limiting the options that our plant breeders have to secure our food supply.

Wild relatives have successfully made crops more resilient in recent years. For example, the wild rice species Oryza nivara was used to develop rice varieties resistant to grassy stunt virus, which can lead to substantial reductions in yield, or even cause the total loss of a harvest.

The improved varieties that contained Oryza nivara were released in many countries in Asia, helping thousands of farmers combat the disease and avoid big losses in production. Wild relatives of the common bean have been successfully used to increase yields, and wild bean species have been shown to have resistance to common bacterial blight, and pests such as bruchids.

In the new study, “Global Conservation Priorities for Crop Wild Relatives”, led by the International Center for Tropical Agriculture (CIAT), scientists modeled how accessible crop wild relatives related to 81 important food crops such as maize, rice, wheat, potato and banana are to plant breeders via genebanks across the world. 1,076 wild relative species were selected for analysis, and over 400 data sources were used to determine which species are available in genebanks.

A map of where these species can be found in the wild was also created. This allowed scientists to identify the gaps in genebank collections, and determine the “hotspot” regions where these wild species can be collected today. The study forms part of a wider, 10-year project funded by the Government of Norway.

The results showed that crops such as banana, eggplant, mango, breadfruit, potato, almond, apple, and sunflower all have high numbers of wild relatives that need collecting. Hotspots for locating under-protected crop wild relatives around the world include regions in the Mediterranean and Near East; western and southern Europe; Southeast and East Asia; and South America.

For example, 29 high priority potato wild relative species are concentrated in the north-central Andes, particularly in Peru, whereas the six priority banana species can be found in the Philippines and in Southern China.

A priority list has now been compiled for filling in the gaps that were discovered in genebanks, and work is now under way across the globe to collect these vital wild species. This study has given nations a robust set of action points to work from.

The United States for example, now knows it is home to 38 wild species of sunflower that are high priority for collecting – it is an important crop for its seed and oil in regions such as East Africa and Eastern Europe. Whereas Spain and Portugal now know they are home to wild relatives of carrot, 81 per cent of which are in urgent need of collection.

Providing capacity support for conservation initiatives and for plant breeders, particularly those at national institutions in developing regions to collect and preserve the crops found in their region is going to be critical.

SDG target 2.5 also asks us to provide access to crop genetic diversity, and ensure the fair and equitable sharing of the benefits arising from its use. At CIAT, we have distributed over 186,000 samples of crop plants since 1973 to plant breeders in 164 countries around the world.

But this type of work is long-term, and requires reliable funding and to see it through. The conservation and agriculture communities also need to communicate with each other, to determine the bottlenecks that are hindering the transfer of vitally important crop genetic diversity across the globe and work together to solve them.

Partnership is key. This project is a great example of what can be achieved when researchers from all over the world combine efforts– from the Crop Trust in Bonn and my team in Colombia, to Britain, Brazil and beyond.

This new research should be considered as a roadmap for action that will safeguard our food supply for generations to come – and CIAT is honoured to be working with partners to be part of the solution.

If we continue to work together and act fast to close these unnecessary gaps in our genebanks, we stand one step closer to coping with climate change.