The Idiocy of Things Requires an “Information Habeas Corpus”!

Hazel Henderson, President of Ethical Markets Media (US and Brazil), publisher of the Green Transition Scoreboard®. She has authored many books, including Building a Win-Win World and is a Fellow of the World Academy of Art and Science and Britain’s Royal Society of Arts.

ST. Augustine, Florida, May 31 2016 (IPS) - Today we are saturated with media hype about the joys of information and communication technology (ICT). We will all be connected, all the time, by the Idiocy of Things (IoT )devices and our social media, all converging in the cloud. Our lives will be monitored by smart sensors in homes with smart refrigerators, toasters, TVs, doorbells, alarm systems, garages, cars and electricity meters. We are bombarded with ads showing us how all these smart devices will improve our lives and health, bringing ever greater convenience. Driverless cars will be safer, allowing us to read, monitor our kids or enjoy the scenery. All this ICT and automation is already a multi-billion dollar industry and its producers are salivating over its growth and profits. Individual privacy rights and security concerns seem to be an afterthought. 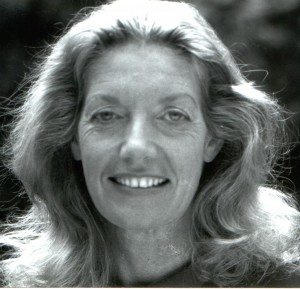 But wait! There are increasing signs that this ICT revolution may be one more “bubble”, another example of how markets regularly overshoot. The Atlantic Council and Zurich Insurance Risk Nexus (2016) measured the overall costs and benefits of ICT. They report that ICT costs currently outweigh the benefits – even when these costs are added to gross domestic product. Markets generally over-react as expectations drive private investors, and producers go into overdrive. As a result of the hype, many of the social costs are overlooked, including job losses, growing ranks of involuntary part-time workers in the “gig” economy, from newspapers to local Main Street retailers, manufacturing, automation of asset management, legal and medical services, accounting and other white collar jobs. As many as over 2 million US workers will need retraining as a result of this information technology revolution. Unless adequately addressed and planned, much of the resulting fall-out from the automation of many sectors will be paid for by taxpayers.

Kentaro Toyama, author of Geek Heretic (2015), and co-founder of Microsoft Research India, has documented the limitations of ICT when applied to India. He recounts how ICT was over-promoted to increase economic efficiency. Toyama cites Bill Gate’s dictum “automation applied to an efficient operation will magnify the efficiency. Automation applied to an inefficient operation will magnify the inefficiency.” Toyama redefines “efficiency” , showing how our current models and metrics have been very narrow in their focus and interpretation of this concept. He exposes the failure of many social theories of ICT interventions, which in some cases entirely ignore the cultural ramifications on peoples across the globe.

The US Office of Technology Assessment (OTA) launched in 1974, reported on many of these social costs and the environmental impacts of new products, technologies and industrial development. OTA looked at which were “producer push” or “consumer pull”, and who would be the winners and losers. As a member of OTA’s Technology Assessment Advisory Council, I insisted that for every technology we researched, on its scientific advisory group, the report would include representatives from segments of society most likely to be impacted: consumers, low-income and minority groups, workers and watchdog environmentalists.

OTA’s approach fundamentally challenged the laissez-faire economics’ Panglossian assumption: if new products and technologies appeared, consumers must have demanded them. OTA countered that markets today are driven by giant corporations with advertising to create demand, now a global $500 billion a year industry. OTA was shut down in 1996 and its reports deep-sixed until Ethical Markets and the University of Florida Press relaunched the reports that have been amongst the most prophetic and relevant to today’s technological concerns and warnings on climate change.

Concerns over the advance of big data, robots and artificial intelligence are now voiced by insiders from Edward Snowden to Bill Gates, Elon Musk, Eric Schmidt of Google and physicist Stephen Hawking. They fear that humans may lose control of their machines and their algorithms, as discussed with NASA Chief Scientist on the TV program “Robots Taking Over: What Will Humans Do?” Privacy and security issues are covered by Jon Mills in Privacy in the New Media Age (2015). The downside of big data, IoT and the new part-time “gig” economy are unravelled by Doug Rushkoff in Throwing Rocks at the Google Bus (2015) and Raw Deal (2015) by Steven Hill.

Deeper analysis means questioning the business models of most ICT companies: Google, Amazon, Facebook, Twitter, LinkedIn which all freely collect users’ data and then sell it to advertisers, data brokers, insurance companies, banks, credit card and insurance companies. Jaron Lanier in Who Owns the Future (2014) calls for new business models where ICT companies must pay users for any use of their personal data – quite feasible using available software.

Ethical Markets proposes a new standard to shift the balance of power back to consumers and citizens: a new Information Habeas Corpus. In 1215, Britain adopted the rule of Habeas Corpus, which assured individuals’ rights over their own bodies, further codified by Parliament in 1679. Today, we need to extend this right to our brains and all the information we generate in all our activities, in an “Information Habeas Corpus”.

The public is awakening to the new Orwellian threat of big data while acknowledging all its potential benefits. We do not need many of the products promoted for profit in the Internet of Things. New surveys like the one from Parks Associates find that 47% of US broadband users have privacy or security concerns about smart home devices. Tom Kerber, Director of Research, cites recent media reports of hacking into baby monitors and connected cars and suggests that if firms offered a Bill of Rights to consumers, this might ease concerns. At the very least, all smart devices should allow users to switch off their connectivity and operate them manually.

In Smart Homes and the Internet of Things, New Cities Foundation’s Greg Lindsay reports that 66% of smart phone users are afraid of having their movements tracked and 45% see no reason to want a smart home. The Atlantic Council’s March 2016 seminar on “Smart Homes and Cybersecurity” airs all these concerns, with some experts saying it’s already too late to protect homeowners and other users. For example, a smart refrigerator programmed with the owner’s dietary needs can detect any bingeing, notifying the insurance company, resulting in loss of coverage. Automotive engineer Mary Louise Cummings of Duke University testified at a recent Senate hearing on driverless vehicles at which Google, General Motors and Ford were requesting over $3 billion in subsidies. She noted that these companies had done no real testing of driverless vehicles and doubted they could be autonomous and safe.

It is time for an Information Habeas Corpus!