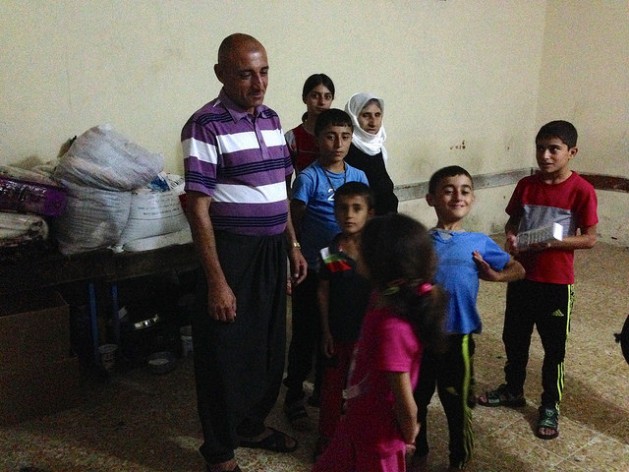 UNITED NATIONS, Jun 23 2016 (IPS) - Displacement has increased to unprecedented levels due to war and persecution, the UN Refugee Agency (UNHCR) has found.

In a new report, entitled Global Trends which tracks forced displacement globally, UNHCR found that 65.3 million were displaced at the end of 2015, compared to 59 million just 12 months earlier. This is the first time in the organisation’s history that the threshold of 60 million has been crossed.

Globally, 1 in every 113 people is now either an asylum-seeker, internally displaced or a refugee. This represents a population greater than the United Kingdom and would be the 21st largest country in the world.

“More people are being displaced by war and persecution and that’s worrying in itself, but the factors that endanger refugees are multiplying too,” said UN High Commissioner for Refugees Filippo Grandi during the launch of the report.

Though the Syrian conflict continues to generate a large proportion of refugees in the world and garners significant international attention, other reignited conflicts have been contributing to the unprecedented rise in displacement including Iraq.

Iraq currently has the third-largest number of internally displaced persons (IDPs), and alongside Yemen and Syria, the Middle Eastern nation accounts for more than half of all new internal displacements.

“More people are being displaced by war and persecution and that’s worrying in itself, but the factors that endanger refugees are multiplying too.” -- Filippo Grandi.

Displacement has increased even further following a government military offensive against the Islamic State in May with more than 85,000 Iraqis fleeing from the Iraqi city of Falluja and its surrounding areas. Approximately 60,000 of these fled over a period of just three days between 15 to 18 June.

Despite the figures, UNHCR continues to struggle to secure funding to meet the needs of Iraqis.

Halfway through the year, the agency has so far only received 21 percent of funds needed for Iraq and the surrounding region.

“Funds are desperately needed to expand the number of camps and to provide urgently needed relief supplies for displaced people who have already endured months of deprivation and hardship without enough food or medicine,” said UNHCR spokeswoman Ariane Rummery.

Though six camps have already been built and the construction of three more are underway, UNHCR estimates that 20 additional camps will be needed in the coming weeks.

In the Debaga camp in northern Iraq, newly displaced civilians are staying in a severely overcrowded reception centre which is currently seven times above its capacity.

Along with the lack of shelter, insufficient hygiene facilities and clean drinking water is creating a “desperate situation,” Rummery said.

And displacement may only get worse, she added.

“It is estimated that more than a million people still live in Mosul and any large offensive against the city could result in the displacement of up to 600,000 more people,” Rummery stated.

According to the UN Office for the Coordination of Humanitarian Affairs (OCHA), Iraq is classified as a level-three emergency, which signifies the most severe, large-scale humanitarian crisis.