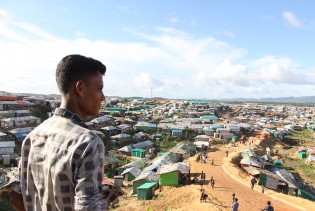 By Tharanga Yakupitiyage
In light of the millions of refugees escaping persecution in search of a safer, more prosperous future, a new campaign aims to raise awareness of the difficult journeys such populations take around the world.

By Ashfaq Yusufzai
Muhammad Shakoor, 42, calls Pakistan home. Born in Afghanistan’s eastern Nangarhar province, he was bundled across the border during the Soviet invasion of his country in 1979 by his family fleeing the chaos of war.
ADVERTISEMENT ADVERTISEMENT