‘The Earth Is Not Flat; It Is Urban’ 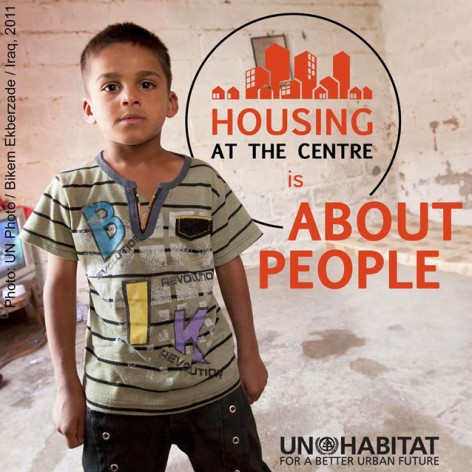 ROME, Oct 4 2016 (IPS) - When the United Nations elaborated its latest report on the impact of what it calls “the dramatic shift towards urban life,” it tried to draw a balanced portrait of both the opportunities and the challenges of the fact that 1 in 2 world inhabitant already lives in urban areas and what this implies.

Such a balance has clearly failed. While cities have emerged over the past 20 years as the world’s economic platforms for production and innovation, helping millions escape poverty through better jobs and improved quality of life, mass urbanisation has also led to overcrowding, deepened inequalities and triggered a raft of environmental and health challenges, according to the report.

“The dramatic shift towards urban life has profound implications for energy consumption, politics, food security and human progress,” on May 18 stated the inaugural edition of the World Cities Report, which has been compiled by the UN Human Settlements Programme (UN-HABITAT).

Although some of this change is positive, it says, poorly planned urbanisation can potentially generate economic disorder, congestion, pollution and civil unrest.

On the theme ‘Urbanization and Development: Emerging Futures,’ the report presents an analysis of urban development of the past 20 years and tries to reveal, with compelling evidence, that there are new forms of collaboration and cooperation, planning, governance, finance and learning that can sustain positive change.

Two-Thirds of World Population Living in Cities by 2030

While noting that two-thirds of the global population is expected to live in cities by 2030 and produce as much as 80 per cent of the global gross domestic product (GDP), the report unequivocally demonstrates that the current urbanisation model is “unsustainable” in many respects.

In the run up to HABITAT III – shorthand for the major global summit formally known as the UN Conference on Housing and Sustainable Urban Development, set to be held in Quito, Ecuador, on 17-20 October 2016 – the report conveys a clear message that the pattern of urbanisation needs to change to better respond to the challenges of our time, to address issues such as “inequality, climate change, informality, insecurity, and unsustainable forms of urban expansion.” 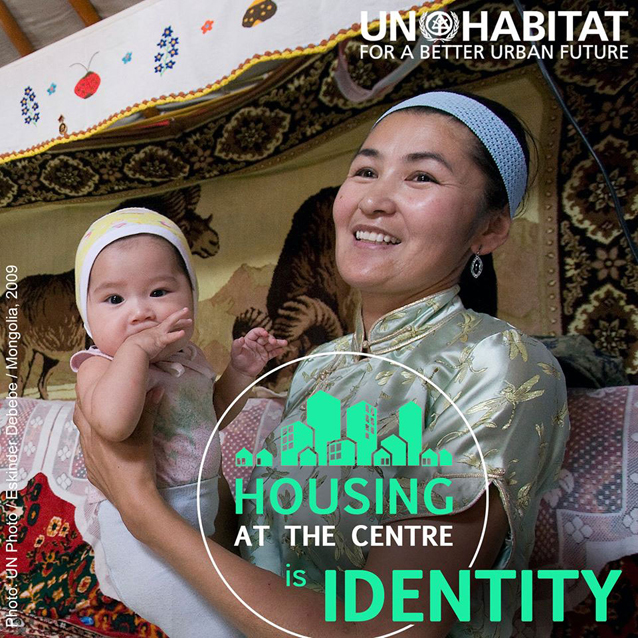 On this, the UN-Habitat Executive Director, Joan Clos, said: “In the twenty years since the Habitat II conference, the world has seen a gathering of its population in urban areas. This has been accompanied by socioeconomic growth in many instances. But the urban landscape is changing and with it, the pressing need for a cohesive and realistic approach to urbanisation.

“Such urban expansion is wasteful in terms of land and energy consumption and increases greenhouse gas emissions. The urban centre of gravity— at least for megacities, has shifted to the developing regions.“

In 1995, there were 22 large cities and 14 mega-cities globally; by 2015, both categories of cities had doubled, with 22, or 79 per cent of the megacities located in Latin America, Asia and Africa.

The fastest growing urban centres are the medium and small cities with less than one million inhabitants, which account for 59 per cent of the worldâ€™s urban population.

Noting that urbanisation provides a great opportunity to achieve the Sustainable Development Goals (SDGs), the report warns that while in some cities, for some people, former New York City Mayor Michael Bloomberg’s “urban renaissance” is occurring, for most of the world this is absolutely not the case.

“Urban policy failure has been spectacular in its visibility and devastating in its impacts on men, women and children in many cities,” says the report, stressing that there are too many people living in poor quality housing without adequate infrastructure services such as water, sanitation, and electricity, without stable employment, reliable sources of income, social services, or prospects for upward social mobility.

“Prosperity was once described as a tide that raised all boats, but the impression today is that prosperity only raises all yachts,” the report underscores, setting out the key elements of a comprehensive approach to a ‘New Urban Agenda’ which must be bold, forward looking, and tightly focused on problem-solving with clear means of implementation.

Then came the World Habitat Day on 3 October to stress the fact that “adequate housing is a universal human right” and therefore should be at the centre of the urban policy and in the physical centre of the city.

“The unplanned rapid expansion of towns and cities means an increasing number of poor and vulnerable people are living in precarious conditions, without adequate living space or access to basic services, such as water, sanitation, electricity and health care,” UN Secretary General Ban Ki-moon said in his message on the World Habitat Day.

Then Ban called world’s leaders attention to another dramatic fact–that around a quarter of these urban dwellers lives in slums or informal settlements. â€œThey are often isolated from opportunities for decent work and vulnerable to forced evictions and homelessness,” he on 3 October said.

And he highlighted the need to provide access to adequate housing for all is high among the priorities of the New Urban Agenda,” which governments are expected to adopt at Habitat III later this month in Quito.

“Housing should be located in the physical centre of the city… By now this might sound utopian, a kind of wishful dream but on the contrary, it is an urgent step towards an effective solution to the most pressing issues of our modern society.”

According to a recent study by the UN-Habitat’s Global Urban Observatory in collaboration with New York University and the Lincoln Institute, public housing represents less than 15 per cent of housing types both in developing and developed world.

“The tendency in the last two decades has been a rising cost of housing, forcing people to move far away to the outskirts of the city to find affordable housing.”