Jomo Kwame Sundaram was the Assistant Secretary-General for Economic and Social Development in the United Nations system during 2005-2015, and received the 2007 Wassily Leontief Prize for Advancing the Frontiers of Economic Thought. 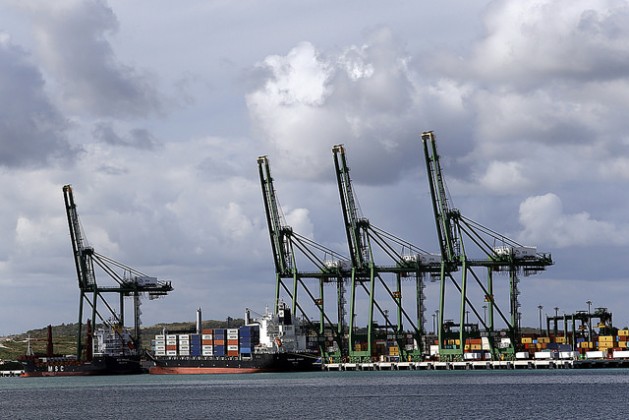 Concern about equality has grown as every major economic, social and political crisis has been preceded by rising inequality. Credit: IPS

Concern about inequality has grown as every major economic, social and political crisis has been preceded by rising inequality. World War II was no exception. Thus, on 10th May 1944, the International Labour Congress adopted the historic Philadelphia Declaration which asserted that “lasting peace can be established only if it is based on social justice”.

Similar concerns were on the agenda of the Bretton Woods Conference two months later. The conference sought to create conditions for enduring peace by ensuring post-war reconstruction and post-colonial development through sustained growth, full employment and declining inequality. Bretton Woods created the International Monetary Fund (IMF) and the International Bank for Reconstruction and Development (IBRD) with this mandate foremost.

The IMF would support countries, not only in overcoming balance of payments difficulties, but also “to direct economic and financial policies toward the objective of fostering orderly economic growth with reasonable price stability, with due regard to its circumstances”. The IBRD, later better known as the World Bank, was set up to support long-term investment and development.

The world then saw almost three decades of shared prosperity as labour’s share of output increased. This Golden Age also saw greater investment in health, education and public services, including social welfare. This post-war consensus endured for over a quarter century before breaking down in the 1970s, only to be replaced in the 1980s by its anti-thesis, the Washington Consensus.

Counter-Revolution
Unfortunately, each era, no matter how successful, sows the seeds of its own demise. Three major new economic ideas helped undermine the post-war consensus underlying the Golden Age:
• the higher propensity to save (and invest) of profit makers, compared to wage earners, became the pretext for the tolerance, if not promotion of inequality in favour of profits, ostensibly to accelerate investment and growth;
• progressive redistribution was deemed bad for growth, as it not only lowers savings and investment rates, but also requires significant fiscal resources, raising tax rates and diverting fiscal resources from investments desired by investors;
• the Kuznets’ hypothesis suggested the inevitability of inequality rising with growth (before eventually declining).

From the early 1980s, the “Washington Consensus” – the policy consensus on economic development shared by the American establishment and the Bretton Woods institutions located in the US capital city – emerged as the banner for the counter-revolutions against development economics, Keynesian economics and progressively redistributive state interventions.

A relentless push for deregulation, privatization and economic globalization followed. Such measures were supposed to boost growth, which would eventually trickle down, thus reducing poverty. Hence, there was no need to worry about inequality.

But these ‘neo-liberal’ measures largely failed to deliver sustained growth. Instead, financial and banking crises have become more frequent, with more devastating consequences, exacerbated by greater tolerance for inequality and destitution.

The new global priorities at the end of the Second World War remain relevant today. Research has disproved the previously widespread presumption that progressive redistribution retards growth. Even recent IMF and World Bank research acknowledges that inequality and social exclusion are detrimental to growth. After more than three decades of regression, we have to recommit ourselves to the more egalitarian ethos of the Philadelphia Declaration and the Bretton Woods conference.

Marshall Plan
At the beginning of the Cold War against the Soviet bloc, US Secretary of State General George Marshall announced a reconstruction plan for war-torn Europe. Known as the Marshall Plan, the generous infusion of US aid and acceptance of national reconstruction and development policies ensured the rebirth of modern Western Europe. For many Europeans, this is still seen as America’s finest hour.

In the decade that followed, the Marshall Plan became what is probably the most successful economic development assistance project in history. Similarly appropriate economic development policies were introduced in Japan, Taiwan and South Korea following the Korean War and establishment of the People’s Republic of China. Thus, the Marshall Plan created a cordon sanitaire to contain the spread of communism as the Cold War began.

The Marshall Plan experience offers valuable lessons for today. Europe was rebuilt with policies that included economic interventions such as high duties, quotas and other non-tariff barriers. Free trade was delayed until after international competitiveness had been achieved.

Marshall’s lecture offers other relevant lessons. Unlike today’s conventional wisdom, he argued that viable institutions would only emerge from economic progress, not the other way around. Marshall also emphasized that aid should be truly developmental, not piecemeal or palliative. The productive capacities and capabilities of developing nations have to be nurtured. Marshall knew that inclusive and shared economic progress is the only way to create lasting peace.