The Key Role Women Played in Culture of Peace

Ambassador Anwarul K. Chowdhury, former Under-Secretary-General and High Representative of the United Nations, Internationally Recognized Initiator of the UNSCR 1325 as the President of the UN Security Council in March 2000

[On the occasion of the 16th anniversary of unanimous adoption of groundbreaking UNSCR 1325 on 31 October 2000, IPS has the pleasure of publishing the Foreword which Ambassador Chowdhury wrote last year for the book “Openings for Peace – UNSCR 1325, women and security in India”, edited by Asha Hans and Swarna Rajagopalan and published by Sage Publications. The contents remain equally relevant on the 16th anniversary as well.]

UNITED NATIONS, Nov 1 2016 (IPS) - In the fifteen years since the adoption of UN Security Council Resolution 1325, we have seen a tremendous enthusiasm among civil society at all levels in raising awareness, engaging in advocacy and building capacity for its meaningful implementation. It is my pleasure to write the foreword to this publication which is a meaningful endeavour to move the agenda forward on the occasion of the 15th anniversary of the adoption of this groundbreaking resolution. 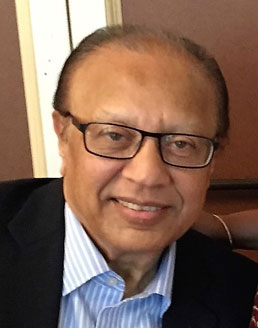 All of us need to remember that adoption of 1325 has opened a much-awaited door of opportunity for women. To trace back, 15 years ago, on the International Women’s Day in 2000, I had the honor of issuing on behalf of the United Nations Security Council in my capacity as its President a statement that formally brought to global attention the unrecognized, underutilized and undervalued contribution women have always been making towards the prevention of wars, peacebuilding and engaging individuals, communities and societies to live in harmony. All fifteen members of the Security Council recognized in that statement that peace is inextricably linked with equality between women and men, and affirmed the value of full and equal participation of women in all decision-making levels. That is when the seed for Resolution 1325 on women and peace & security was sown. The formal resolution followed this conceptual and political breakthrough on 31 October of the same year giving this issue the long overdue attention and recognition that it deserved.

My own experience particularly during last quarter century has made it clear that the participation of women in peacemaking, peacekeeping and peacebuilding assures that their experiences, priorities, and solutions contribute to longer-term stability and inclusive governance. I have seen time and again how women – even the humblest and the weakest – have contributed to building the culture of peace in their personal lives, in their families, in their communities and in their nations.

The contribution and involvement of women in the eternal quest for peace is an inherent reality. Women are the real agents of change in refashioning peace structures ensuring greater sustainability.

In choosing the three women laureates for the 2011 Nobel Peace Prize, the citation referred to 1325 saying that “It underlined the need for women to become participants on an equal footing with men in peace processes and in peace work in general.” The Nobel Committee further asserted that “We cannot achieve democracy and lasting peace in the world unless women obtain the same opportunities as men to influence developments at all levels of society.”

The main inspiration behind 1325 is not to make war safe for women but to structure the peace in a way that there is no recurrence of war and conflict. Research and case studies consistently suggest that peace agreements and post-conflict rebuilding have a much higher chance of long-term success when women are involved. That is why women need to be at the peace tables, women need to be involved in the decision-making and in the peace-keeping teams to make a real difference in transitioning from the cult of war to the culture of peace.

The driving force behind 1325 is “participation” in which women can contribute to decision-making and ultimately help shape societies where violence in general, more so against women is not the norm. 1325 marked the first time that such a proposition was recognized as an objective of the UN Security Council.

“Women in every part of the world continue to be largely marginalized from the political sphere …” This is unfortunate and unacceptable. Empowering women’s political leadership will have ripple effects on every level of society and consequently on the global condition. When politically empowered, women bring important and different skills and perspectives to the policy making table in comparison to their male counterparts.

When women have been included in peace negotiations, they often have brought the views of women to the discussions by ensuring that peace accords address demands for gender equality, human rights, good governance, rule of law in new constitutional, judicial and electoral structures. We would not have to be worrying about countering extremism if women have equality in decision- making enabling them to take measures which would prevent such extremism. Ensuring equality and inclusion, mutual respect and fairness in international relations is essential to weed out roots of extremism.

I recall Eleanor Roosevelt’s words saying “Too often the great decisions are originated and given shape in bodies made up wholly of men, or so completely dominated by them that whatever of special value women have to offer is shunted aside without expression.” It is a reality that politics, more so security, is a man’s world.

Unfortunately the challenges to women’s rights and their equality not only continue, but those also mutate and reappear, undermining any hard-earned progress – of course in the process, those become more and more complex, complicated and more difficult to overcome.

The ever-increasing militarism and militarization have made the situation even worse. The global patriarchy’s encouragement to the voluminous arms trade has made it easier for extremists of all kinds in obtaining the arms to impose on others their extremist world views. Ending the arms trade and serious steps toward disarmament should be part of the prescription for reducing and eliminating extremism and all militarized violence.

Recognition that women need to be at the peace tables to make a real difference in transitioning from the cult of war to the culture of peace, I believe, made the passage of 1325 an impressive step forward for women’s equality agenda in contemporary security politics. The slogan of the Global Campaign on Women, Peace and Security which we launched in London in June 2014 reiterates “If we are serious about peace, we must take women seriously”. Of course, achieving real gender equality requires “transformative change.” In this conceptual reorientation, the politics of gender relations and restructuring of institutions, rather than simply equality in access to resources and options, should become the priority.

Fifteen years after the adoption of 1325, the governments are still trying to get their acts together on its effective implementation by preparing respective National Action Plan (NAP) as called for by the Security Council. Civil society, on its part, should systematically monitor and evaluate its implementation to hold all sides accountable. Also, countries should work towards the elimination of violence against women and ensure that victims have full access to justice and that there is no impunity for perpetrators. Some countries boast that they do not need a national plan as their countries are not in conflict. To that I say emphatically that no country can claim to be not in conflict where women’s rights are not ensured. Very relevant in this context is the civil society initiative to prepare a people’s action plan as cogently articulated by Betty Reardon in her persuasive contribution in this publication.

In general, National Action Plans should be designed to coordinate and strengthen the implementation of 1325. They should contain a catalogue of measures, clear targets and benchmarks for full and meaningful implementation. The creation of an action plan provides an opportunity to initiate strategic actions, identify priorities and resources, and determine the responsibilities and timeframes. The whole process of developing a plan is also a process of awareness-raising and capacity-building in order to overcome gaps and challenges to the full implementation of 1325.

In real terms, NAP is the engine that would speed up the implementation of Resolution 1325. So far, only 48* out of 193 UN member-states have prepared their plans – what a dismal record after 15 years. There are no better ways to get country level commitment to implement 1325 other than NAPs. I believe very strongly that only NAPs can hold the governments accountable. There has to be an increased and pro-active engagement of the UN secretariat leadership to get a meaningfully bigger number of NAPs – for example, setting a target of 100 NAPs by 2017.

At the global level, the UN Secretary-General needs to take the lead in setting up six-monthly inclusive consultative process for 1325 implementation with the civil society organizations at all levels for all relevant UN entities. Also, all relevant NGOs are to be mobilized at country level by the 1325 national coordination body supported by the UN Resident Coordinator.

Again, to recall my message in 2011, I welcomed the focus of Sansristi’s workshop “on the significance of and need for human-centred approach to security. Security can no longer be understood in purely military terms or in terms of state security. Rather, it must encompass economic development, social justice, environmental protection, democratization, disarmament, and respect for human rights and the rule of law. To attain the goals of human security, the most essential element is the protection and empowerment of people. As 1325 deals with peace & security with special attention to the half of the global population, it is crucially important that the human security concept becomes the key to the resolution’s implementation at the national, regional and global levels.”

The existing international policies and practices that make women insecure and deny their equality of participation, basically as a result of its support of the existing militarized inter-state security arrangements, is disappointing. We need to realize that the world is secure when we focus on ensuring human security with a feminist perspective and full and equal participation of women at all decision-making levels, in all spheres of human activity and at all times.

1325 is a “common heritage of humanity” wherein the global objectives of peace, equality and development are reflected in a uniquely historic, universal document of the United Nations. As we look ahead, what is called for is an ever-growing global movement involving more and more women and, of course, men.

This publication is a concrete and determined step towards the objective of contributing meaningfully to the emerging global movement for women’s equality and empowerment. It reflects our common eagerness, energy and enthusiasm to move forward. With wonderfully articulated presentations skillfully authored by experts from various background and experiences and brilliantly put together with accomplished editing by Asha Hans and Swarna Rajagopalan, the book deserves wide-ranging attention and global readership.

* Today the total stands at only 63