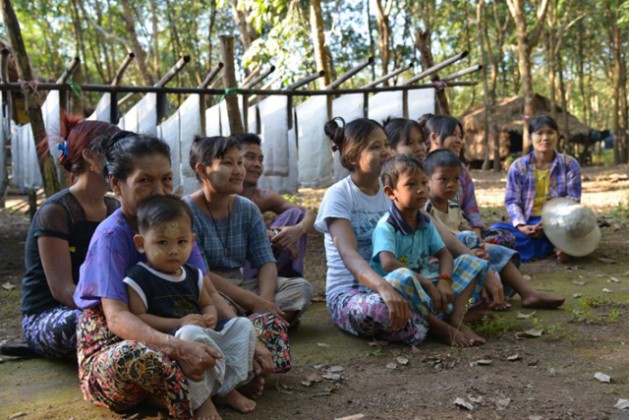 ROME/COLOMBO, Feb 24 2017 (IPS) - With an estimated 1 billion migrants today –or one in every seven people– their health needs are huge. Nevertheless, health systems are struggling to adapt and consequently access to health services among migrant populations varies widely and is often inadequate.

This has been the key issue before senior public health officials from over 40 countries, who met on February 23 in Colombo, concluding that addressing the health needs of migrants reduces long-term health and social costs, enhances health security and contributes to social and economic development.

Health systems must be strengthened to provide equitable, non-discriminatory, migrant-centred health services, noted the participants in the 2nd Global Consultation on Migrant Health, which was hosted by the Government of Sri Lanka, the International Organization for Migration (IOM) and the World Health Organization (WHO) in Colombo, Sri Lanka.

The scale of human migration currently witnessed is unprecedented, WHO reminds, there are an estimated 1 billion migrants in the world today, including 250 million international migrants and 763 million internal migrants, the UN body adds. “Some people migrate voluntarily; while others are forcibly displaced, fleeing conflict and war. This has important implications for the health sector.”

“With the global volume of remittances sent home by migrants surpassing half a trillion dollars in 2016, the world is increasingly moving towards the realization that migration is an effective poverty-reduction strategy and an important means to respond to workforce shortages caused by demographic shifts” IOM.

On this, IOM said that when one combines the volume of international migration, the large scale of internal migration of an estimated 740 million people worldwide, and the unprecedented and protracted displacement of populations due to unresolved conflicts and natural disasters, we can see that there is urgent need to address the cumulative health needs of people on the move.

“With the global volume of remittances sent home by migrants surpassing half a trillion dollars in 2016, the world is increasingly moving towards the realization that migration is an effective poverty-reduction strategy and an important means to respond to workforce shortages caused by demographic shifts,” adds IOM.

“Yet, despite the clear economic benefits of migration, large groups of migrants remain at risk of social exclusion, discrimination and exploitation…It is important to emphasize that migrants do not generally pose a health risk to hosting communities and they should never be stigmatized or associated with the risk and stigma of importing diseases.”

Rather, it is recognised that conditions surrounding the migration process today, more than ever, can increase the vulnerability of migrants to ill health, particularly for those forced to move and those who find themselves in so called ‘irregular’ situations. In that sense, migration is a social determinant of health.

Sri Lanka is providing leadership on migrant health, the UN health body informs. It is one of the few countries in the world to have a ‘National Migrant Health Policy’, introduced in 2008. Sri Lanka recognizes the contribution of migrants to national and overseas development, the WHO informed.

“Almost 2 million Sri Lankans work overseas, the country hosts a large number of immigrants and receives 2 million tourists annually. Ensuring the health of these migrants and the country’s own population is a top priority.”

Participating health leaders adopted the Colombo Statement, which calls for international collaboration to improve the health and well-being of migrants and their families. The move aims to address the health challenges posed by increasingly mobile populations.

“Protecting the health of mobile populations is a public health and human rights imperative. Ensuring the highest attainable standard of health for all, including migrants and refugees, is something we must all strive towards, and is key to achieving the Sustainable Development Goal of leaving no one behind,” said WHO Regional Director for South-East Asia, Dr. Poonam Khetrapal Singh.

For his part, Dr. Davide Mosca, director of IOM’s Migration Health Division, said “Migrant health must be looked at as a global agenda and the SDGs should be interpreted by linking the call to facilitate orderly, safe and responsible migration and mobility of people… with the achievement of universal health coverage.”

This can only be realised through the implementation of well-managed and coordinated migration policies, which include financial risk protection and equal access to quality health services, he said.

The momentum generated by the Global Consultation will be carried forward to the World Health Assembly – WHO’s annual meeting in May 2017, where 194 countries will deliberate on priority actions to protect migrants’ right to health.