Humankind’s Ability to Feed Itself, Now in Jeopardy 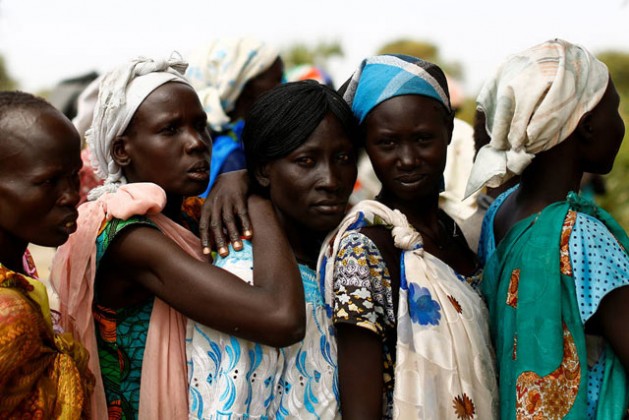 Women in the village of Rubkuai in Greater Unity State, South Sudan, on February 16, 2017. Credit: FAO

ROME, Feb 22 2017 (IPS) - Mankind’s future ability to feed itself is in jeopardy due to intensifying pressures on natural resources, mounting inequality, and the fallout from a changing climate, warns a new United Nations’ report.

Though very real and significant progress in reducing global hunger has been achieved over the past 30 years, “expanding food production and economic growth have often come at a heavy cost to the natural environment,” says the UN Food and Agriculture Organization (FAO) report The Future of Food and Agriculture: Trends and Challenges, issued on Feb. 22, 2017.

“Almost one half of the forests that once covered the Earth are now gone. Groundwater sources are being depleted rapidly. Biodiversity has been deeply eroded.”

As a result, “planetary boundaries may well be surpassed, if current trends continue,” cautions FAO Director-General José Graziano da Silva in his introduction to the report.

By 2050 humanity’s ranks will likely have grown to nearly 10 billion people. In a scenario with moderate economic growth, this population increase will push up global demand for agricultural products by 50 per cent over present levels, intensifying pressures on already-strained natural resources, The Future of Food and Agriculture projects.

At the same time, the report continues, greater numbers of people will be eating fewer cereals and larger amounts of meat, fruits, vegetables and processed food — a result of an ongoing global dietary transition that will further add to those pressures, driving more deforestation, land degradation, and greenhouse gas emissions.

Alongside these trends, the planet’s changing climate will throw up additional hurdles. “Climate change will affect every aspect of food production,” the report says. These include greater variability of precipitation and increases in the frequency of droughts and floods.

The core question raised by the new FAO report is whether, looking ahead, the world’s agriculture and food systems are capable of sustainably meeting the needs of a burgeoning global population.

The short answer? Yes, FAO says, the planet’s food systems are capable of producing enough food to do so, and in a sustainable way, but unlocking that potential – and ensuring that all of humanity benefits – will require “major transformations.”

According to the report, without a push to invest in and retool food systems, far too many people will still be hungry in 2030 — the year by which the new Sustainable Development Goals (SDG) agenda has targeted the eradication of chronic food insecurity and malnutrition, the report warns.

“Without additional efforts to promote pro-poor development, reduce inequalities and protect vulnerable people, more than 600 million people would still be undernourished in 2030,” it says. In fact, the current rate of progress would not even be enough to eradicate hunger by 2050.

Where Will Our Food Come From?

Given the limited scope for expanding agriculture’s use of more land and water resources, the production increases needed to meet rising food demand will have to come mainly from improvements in productivity and resource-use efficiency, says FAO.

However there are worrying signs that yield growth is leveling off for major crops. Since the 1990s, average increases in the yields of maize, rice, and wheat at the global level generally run just over 1 percent per annum, the report notes.

To tackle these and the other challenges outlined in the report, “business-as-usual” is not an option, The Future of Food and Agriculture argues.

“Major transformations in agricultural systems, rural economies and natural resource management will be needed if we are to meet the multiple challenges before us and realize the full potential of food and agriculture to ensure a secure and healthy future for all people and the entire planet,” it says.

The core challenge is to produce more with less, while preserving and enhancing the livelihoods of small-scale and family farmers, and ensuring access to food by the most vulnerable.

“For this, a twin-track approach is needed which combines investment in social protection, to immediately tackle undernourishment, and pro-poor investments in productive activities — especially agriculture and in rural economies — to sustainably increase income-earning opportunities of the poor. “ 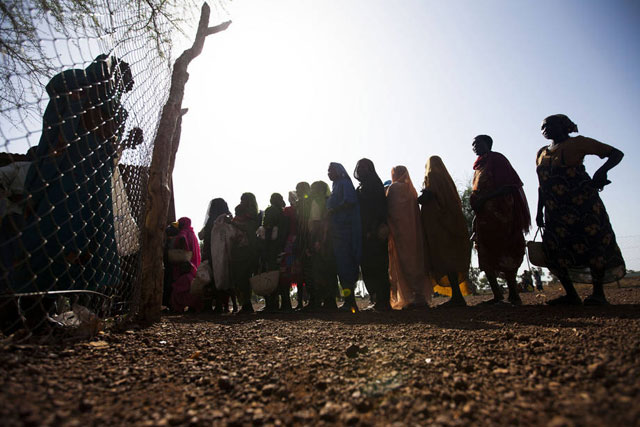 According to the UN body, the world will need to shift to more sustainable food systems which make more efficient use of land, water and other inputs and sharply reduce their use of fossil fuels, leading to a drastic cut of agricultural green-house gas emissions, greater conservation of biodiversity, and a reduction of waste.

This will necessitate more investment in agriculture and agri-food systems, as well as greater spending on research and development, the report says, to promote innovation, support sustainable production increases, and find better ways to cope with issues like water scarcity and climate change, it underlines.

Along with boosting production and resilience, equally critical will be creating food supply chains that better connect farmers in low- and middle-income countries to urban markets — along with measures which ensure access for consumers to nutritious and safe food at affordable prices, such as such as pricing policies and social protection programs, it says.

On this, Kostas Stamoulis, FAO Assistant Director General for Economics and Social Development, said a media briefing, when asked about the most important challenge of tomorrow regarding food and agriculture, said that it is climate change. “This demands change in practice of agriculture and developing agriculture that is more adaptable to climate change.”

Kostas Stamoulis and the other two authors of the report, Rob Vos, Director of the Agriculture Economics Development Division, and Lorenzo Bellu, Team Leader, Global Perspective Studies, organised on Feb. 21, a briefing session for the media to explain the key issues the new document incudes.