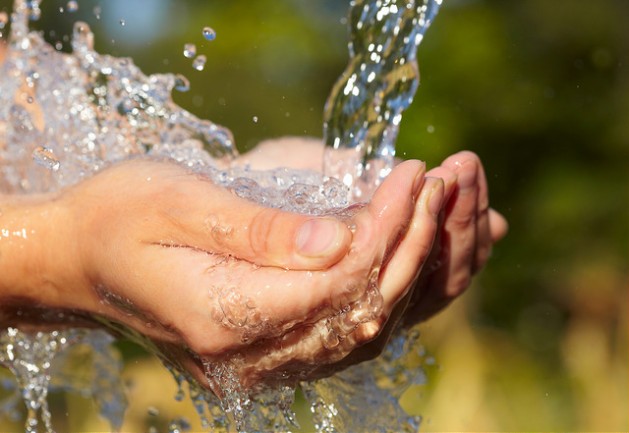 DURBAN, South Africa, Mar 22 2017 - What if we were to consider the vast quantities of domestic, agricultural and industrial wastewater discharged into the environment everyday as a valuable resource rather than costly problem? This is the paradigm shift advocated in the United Nations World Water Development Report, Wastewater: the Untapped Resource, launched today in Durban on the occasion of World Water Day.

The United Nations World Water Development Report is a UN-Water Report coordinated by the UN World Water Assessment Programme of UNESCO. It argues that once treated, wastewater could prove invaluable in meeting the growing demand for freshwater and other raw materials.

“Wastewater is a valuable resource in a world where water is finite and demand is growing,” says Guy Ryder, Chair of UN-Water and Director-General of the International Labour Organization. “Everyone can do their bit to achieve the Sustainable Development Goal target to halve the proportion of untreated wastewater and increase safe water reuse by 2030. It’s all about carefully managing and recycling the water that runs through our homes, factories, farms and cities. Let’s all reduce and safely reuse more wastewater so that this precious resource serves the needs of increasing populations and a fragile ecosystem.”

“The 2017 World Water Development Report shows that improved wastewater management is as much about reducing pollution at the source, as removing contaminants from wastewater flows, reusing reclaimed water and recovering useful by-products. […] Raising social acceptance of the use of wastewater is essential to moving forward”, argues UNESCO Director-General Irina Bokova in her foreword to the Report.

A health and environmental concern

A large proportion of wastewater is still released into the environment without being either collected or treated. This is particularly true in low-income countries, which on average only treat 8 % of domestic and industrial wastewater, compared to 70% in high-income countries. As a result, in many regions of the world, water contaminated by bacteria, nitrates, phosphates and solvents is discharged into rivers and lakes ending up in the oceans, with negative consequences for the environment and public health.

The volume of wastewater to be treated will rise considerably in the near future especially in cities in developing countries with rapidly growing populations. “Wastewater generation is one of the biggest challenges associated with the growth of informal settlements (slums) in the developing world,” say the report’s authors. A city like Lagos (Nigeria) generates 1.5 million m3 of wastewater every day, most of which ends up untreated in the Lagos Lagoon. Unless action is taken now, this situation is likely to deteriorate further as the city’s population rises to over 23 million by 2020.

Pollution from pathogens from human and animal excreta affects almost one third of rivers in Latin America, Asia and Africa, endangering the lives of millions of people. In 2012, 842,000 deaths in low- and middle-income countries were linked to contaminated water and inadequate sanitation services. The lack of treatment also contributes to the spread of some  tropical diseases such as dengue and cholera.

A large proportion of wastewater is still released into the environment without being either collected or treated. This is particularly true in low-income countries, which on average only treat 8 % of domestic and industrial wastewater, compared to 70% in high-income countries
Solvents and hydrocarbons produced by industrial and mining activities, as well as the discharge of nutrients (nitrogen, phosphorus and potassium) from intensive farming accelerate the eutrophication of freshwater and coastal marine ecosystems. An estimated 245,000 km2 of marine ecosystems—roughly the size of the United Kingdom—are currently affected by this phenomenon. The discharge of untreated wastewater also stimulates the proliferation of toxic algae blooms and contributes to the decline in biodiversity.

Growing awareness of the presence of pollutants such as hormones, antibiotics, steroids and endocrine disruptors in wastewater poses a new set of challenges as their impact on the environment and health have yet to be fully understood.

Pollution reduces the availability of freshwater supplies, which are already under stress not least because of climate change. Nevertheless, most governments and decision-makers have been primarily concerned by the challenges of water supply, notably when it is scarce, while overlooking the need to manage water after it has been used. Yet these two issues are intrinsically related. The collection, treatment and safe use of wastewater are at the very foundation of a circular economy, balancing economic development with the sustainable use of resources. Reclaimed water is a largely underexploited resource, which can be reused many times.

From sewer to tap

Wastewater is most commonly used for agricultural irrigation and at least 50 countries worldwide are known to use wastewater for this purpose, accounting for an estimated 10 % of all irrigated land. However, data remains incomplete for many regions, notably Africa.

In industry, large quantities of water can be reused, for example for heating and cooling, instead of being discharged into the environment. By 2020, the market for industrial wastewater treatment is expected to increase by 50 %.

Treated wastewater can also serve to augment drinking water supplies, although this is still a marginal practice. Windhoek, the capital of Namibia, has been doing this since 1969.  To counter recurrent freshwater shortages, the city has installed infrastructure to treat up to 35% of wastewater, which is then used to supplement drinking water reserves. Residents of Singapore and San Diego (USA) also safely drink water that has been recycled.

This practice can meet with resistance from the public, who may be uncomfortable with the idea of drinking or using water they consider to have once been dirty. Lack of public support led to the failure of a project to reuse water for irrigation and fish farming in Egypt in the 1990s. Awareness-raising campaigns can help gain public acceptance for this type of practice by referring to successful examples, such as that of the astronauts on the International Space Station who have been reusing the same recycled water for over 16 years.

Wastewater and sludge as a source of raw materials

As well as providing a safe alternative source for freshwater, wastewater can also be seen as a potential source of raw materials. Thanks to developments in treatment techniques, certain nutrients, like phosphorus and nitrates, can now be recovered from sewage and sludge and turned into fertilizer. An estimated 22% of global demand for phosphorus, a finite and depleting mineral resource, could be met by treating human urine and excrement. Some countries, like Switzerland, have already passed legislation calling for the mandatory recovery of certain nutrients such as phosphorus.

The organic substances contained in wastewater could be used to produce biogas, which could help power wastewater treatment facilities, helping them transition from major consumers to becoming energy neutral or even net energy producers. In Japan, the government has set itself the target of recovering 30% of the biomass energy in wastewater by 2020. Every year, the city of Osaka produces 6,500 tonnes of biosolid fuels from 43,000 tonnes of sewage sludge.

Such technologies need not be out of reach for developing countries as low-cost treatment solutions already allow for the extraction of energy and nutrients. They may not yet allow for the direct recovery of potable water, but they can produce viable and safe water for other uses, such as irrigation. And sales of raw materials derived from wastewater can provide additional revenue to help cover the investment and operational costs of wastewater treatment.

Today, 2.4 billion people still do not have access to improved sanitation facilities. Reducing this figure, in keeping with Sustainable Development Goal 6 on water and sanitation of the UN 2030 Agenda, will mean discharging even more wastewater, which will then need to be treated affordably.

Some progress has already been made. In Latin America, for example, the treatment of wastewater has almost doubled since the late 1990s and covers between 20% and 30% of wastewater collected in urban sewer networks. But that also means that between 70% and 80% is released without treatment, so there is still a long way to go. An essential step on that road will have been taken with the widespread recognition of the value of safely using treated wastewater and its valuable by-products as an alternative to raw freshwater.