Breast Milk is Exported to the US

Phnom Penh, Apr 10 2017 - In a shed made of boards and tarps, one-year old Nune is in deep sleep as his mother Check Srey-Toy gently rocks his hammock. Then she tells me that she sells her breast milk to the US.

They have no front door. Privacy is a sheet of cloth drawn across an opening. A gas burner on the ground. A saucepan with leftover porridge.

“It’s been three months. Since I started”, Check Srey-Toy tells Arbetet Global. “It’s an easy job. All I need to do is lie there and the machine pumps it out”.

As the Cambodian capital city falls into darkness, some glimpses of light shine through the makeshift wall of plastic and wood out to the alley-ways among the ramshackle sheds of Stoeng Mean Chey, one of Phnom Penh’s poorest slums. Dark figures move along, shuffling past, following the stench filled pathways covered with ripped plastic bags and other litter.

This used to be a garbage dump. Then bulldozers covered the garbage and poisonous soil, creating a housing market for ramshackle sheds at ten dollars per month. For an extra 15 dollars, electricity is provided.

Check Srey-Toy and her husband used to make their daily income by picking plastics, aluminium cans and paper from the city streets. They assorted their rewards and sold it to a recycling centre. A few months ago a new opportunity arose as two women approached them. 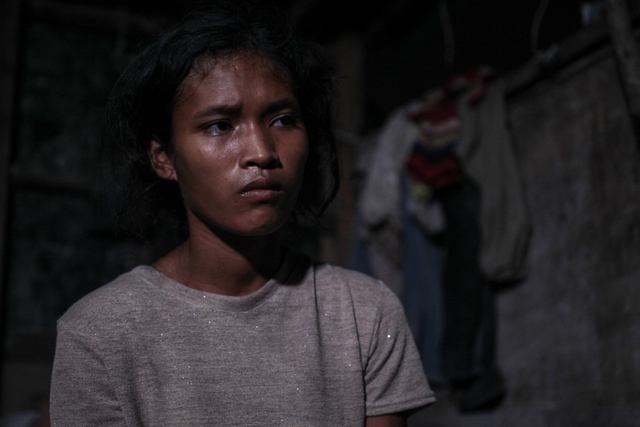 Check Srey-Toy was selling her breast milk during three months. She was paid 5 dollar a day. Photo: Daniel Quinan

“They talked about breast feeding and that there were women who were unable to develop their own breast milk. They asked if we would be willing to sell ours”. Over twenty women from their area saw a possible boost to their income.

“I’ve been doing it for about three months. Almost every day”

Every morning at eight she is picked up by a man on a motorcycle who takes her to different private homes in Phnom Penh. She pumps the milk out twice a day, once in the morning, once in the afternoon, with a lunch break in-between.

She stresses: “It is completely voluntary”.

By four or five she returns home. “It’s like a job”.

Before being allowed to supply breast milk she had to go through a thorough medical examination. For ten straight days she was driven to the air-conditioned rooms of the Royal Phnom Penh Hospital, one of the best and most expensive hospitals in Cambodia.

A considerable contrast from the NGO-run Khmer-Russia Hospital where she had given birth to her son a year ago.

After getting medical approval from the doctors, she was permitted to sell her breast milk. Her remuneration depends on how much breast milk she can deliver.

“Usually I get about 5 dollars per day”. A good income for her, compared to previously.

“The company has told me that my breast milk goes to other children. I like to think about that. When the drink my milk I think that they are my children”.

The demand for breast milk has increased and is now a commodity on international markets. The US company Ambrosia Lab have donators in several different countries. They target US mothers who pay close to 25 dollars for a bag of just under 150 millilitres of milk. 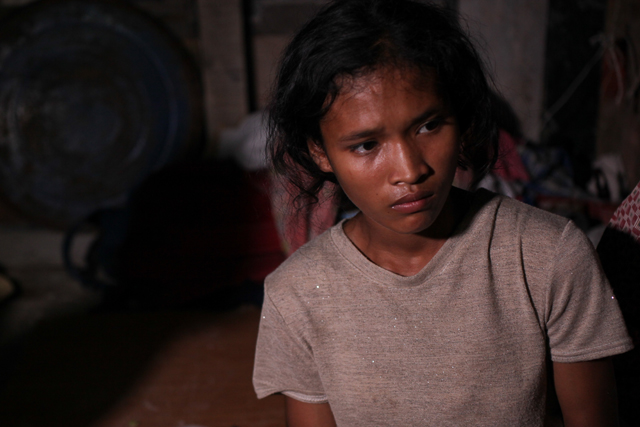 But it isn’t only new Moms that are prepared to buy breast milk. Among body builders, drinking breast milk has become a health fad with the belief that muscle growth will increase. Another group of customers is those who have a sexual fetish for breast milk.

When Cambodian media started to report on the breast milk export to the US, there was a hefty reaction. Critics felt it was immoral and that poor Cambodian women were being exploited. Ambrosia Lab’s defended their breast milk export as a possibility for these women to increase their earnings. They furthermore claim that their business mission actually allows women to breast feed their own children for a longer period, thus being beneficial for the child’s health. This is an argument refuted by most experts on the area.

With growing international attention, breast milk export from Cambodia was first temporarily stopped and then at the end of March, the Cambodian government adopted legislation that banned exports of breast milk.

The United Nations Children’s Fund UNICEF has along with other aid organizations welcomed the decision. They are of the opinion that poor women are exploited and children may risk malnutrition when being robbed of their mother’s breast milk.

A few days after the ban was put in place Arbetet Global spoke with Check Srey-Toy. She had stopped selling breast milk. She and her husband were once again out collecting and sorting garbage to make ends meet.