The numbers are staggering: some 1,236 journalists have been killed since 1992, according to the New York-based Committee to Protect Journalists (CPJ).

In 2016 alone, 48 journalists were killed worldwide – and in the first few months in 2017 there have been 8 deaths. The “deadliest countries” for journalists include Syria, Iraq, Yemen, Afghanistan, Libya and Mexico, where international news organizations took the heaviest toll.

But Inter Press Service (IPS) was not spared the agony either.

The news agency, which has relentlessly covered the developing world for over 53 years, has suffered both under repressive authoritative regimes and also in war-ravaged countries where IPS journalists have either been detained, tortured or beaten to death in the line of duty in Asia, Africa, the Middle East and Latin America. 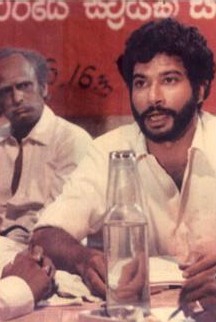 But for most surviving families, the tragedy has been doubly devastating because the killer or killers have never been apprehended, prosecuted or convicted in any court of law in their respective home countries—or in some cases their bodies never recovered.

The most glaring example was the fate of 30-year-old Richard de Zoysa, the IPS Bureau Chief in Sri Lanka, who was abducted, tortured, killed and dropped from a helicopter into the ocean – a crime reportedly perpetrated by “death squads”. His bloated body was washed ashore in the suburbs of Colombo, the Sri Lankan capital.

The horrendous politically-motivated crime, which took place in February 1990, is still one of the unresolved murders after 27 long years.

In 2006, Alla Hassan, the IPS correspondent in Iraq, was shot and killed while driving to work in a war zone where killings were routine with little or no rule of law.

And in Argentina in the mid-1970s, two IPS journalists, Luis Guagnini and Roberto Carri, were both abducted at the end of their working day in the IPS Bureau in Buenos Aires – and their dead bodies were never recovered.

In a February 2013 piece titled “Censorship by Murder Will Not Silence Truth”, IPS Regional Editor for Asia Kanya d’Almeida wrote that even though Sri Lanka experienced a “reign of terror” battling two insurgencies in the South and the North in the 1990s, “no one expected that one of its victims would be Richard de Zoysa.”

She described him as “the progeny of two powerful Colombo families, star of the English-language stage, a well-known newscaster and bureau chief of the Rome-based Inter Press Service (IPS) news agency, whose dispatches on Sri Lanka throughout the 1980s earned him a reputation at home and abroad as an exceptionally prolific writer.”

Juan Gelman, Director of the Latin American Bureau of IPS, based first in Buenos Aires between 1974 and 1977 and then in Rome, recounts the disappearance of two IPS journalists – Luis Guagnini and Roberto Carri—in the mid 1970s.

“Just days after the funeral, the media received a directive from the government: no more mention of Richard de Zoysa — not in print, not in pictures, not on the radio. If murder would not suffice to silence him, then censorship would have to be the next best thing.”
The kidnappings, like most such kidnappings at that time, were attributed to para-military groups, such as the self-styled Triple A comprising the Argentinian Anti-Communist Alliance —  which was largely held responsible for the murder of over 2,000 trade union leaders, students and leftist intellectuals.

Writing in “The Journalists Who Turned the World Upside Down”, a publication recounting the history of IPS, Gelman says the result was striking: 30,000 “desaparecidos”–  a term which encompasses four concepts: the kidnapping of unarmed citizens, their torture, their murder and the disappearance of their bodies.

“At the beginning of 1975, the Triple A had IPS in its sights, and the difficulties of obtaining information were multiplying,” says Gelman.

In an act of solidarity, then IPS Director General Roberto Savio decided to relocate the Latin American network to Rome, a task shared by four colleagues.

Every day, news arrived from the southern part of South America about killings and “disappearances” that the agency would punctually distribute. Several IPS journalists had to flee and rebuild their personal and professional lives in exile. This was not easy, but many managed, says Gelman.

In the case of de Zoysa, he was murdered on the eve of his relocation from Colombo to Lisbon as the new IPS Bureau Chief in Europe.

As de Almeida recounted: “On the third day after de Zoysa had been bundled into a jeep by six armed men (one of whom his mother Dr. Manorani Saravanamuththu, would identify as a high-ranking police officer in the president’s detail), wearing nothing but a sarong around his waist, a fisherman bobbing about on the Indian Ocean just off the coast of Moratuwa, a seaside suburb south of Colombo, hauled a floating corpse into his narrow boat and rowed it ashore.”

And although bullet wounds and three days in salt water had eaten away at the handsome 30-year-old, his mother, called in by a magistrate defying government orders to “dispose” of bodies without due process, recognised him.

The news sparked a massive public outcry among Colombo’s elite: louder, even, than the collective fury over the roughly 40,000 deaths that had preceded de Zoysa’s in that black decade, wrote de Almeida.

“Just days after the funeral, the media received a directive from the government: no more mention of Richard de Zoysa — not in print, not in pictures, not on the radio. If murder would not suffice to silence him, then censorship would have to be the next best thing.”

In late 1990, at a ceremony held at the United Nations, IPS posthumously bestowed its annual “International Achievement Award” on de Zoysa for his excellence in journalistic reporting and his news accounts of the killings of students by death squads in Sri Lanka.

But Sri Lanka’s Permanent Representative to the United Nations was instructed by the Foreign Ministry in Colombo to reject the invitation and boycott the ceremony — even though more than a hundred diplomats turned out for the event.

The killings of journalists have been mostly in war ravaged or conflict-ridden countries. But Sri Lanka was neither– although successive governments were battling insurgencies both in the country’s South and North.

After de Zoysa’s killing, the most prominent journalist to be murdered in Colombo was Lasantha Wickrematunge, editor-in-chief of the Sunday Leader, in January 2009.

Both were unfortunate deaths in the “fog of bloody insurgencies and Sri Lankan politics”, Sinha Ratnatunga, editor in chief of the Sri Lanka Sunday Times, told IPS.

But there was more to follow, including the abduction of editor Keith Noyar and Poddala Jayantha, and the disappearance of journalist Prageeth Ekneligoda.

As a tribute to the missing journalist, the US State Department named Sandhya Ekneligoda, wife of the slain journalist, for one of its “International Women of Courage” Awards.

Ekneligoda was nominated by the US Embassy in Colombo, for her work “pursuing justice in her own husband’s case, as well as on behalf of missing families from both Sinhalese and Tamil communities, as a profound symbol in Sri Lanka’s efforts towards justice and reconciliation.”

Emergency regulations promulgated to combat terrorism saw the press caught in the crossfire and suffer collateral damage, said Ratnatunga, a former President of the Editors’ Guild.

By the early 2000s, he pointed out, the military had the upper-hand in a civilian Government desperate to end the blood-letting in the country.

The dreaded ‘white van’ (the mode of transport for those abducted) syndrome emerged.

“Journalists who were critical of the military were targeted; some were killed, others abducted and tortured. The LTTE guerrillas (Liberation Tigers of Tamil Eelam) fighting for a separate state on the island were equally merciless with those who critiqued them on their turf.”

With the end of the ‘war’ resulting in the capitulation of the guerrillas, the ‘white van’ syndrome began to fade away, but the bitter after-taste remained and political opponents of the then-Government flogged the issue to its advantage, he added.

As all new Governments do, said Ratnatunga, the 2015 Government that replaced the old regime promised the sun and the moon to the media. Sceptical were those who have seen it all before.

Not too long after, ensconced in power and place, the new Government began to lose patience with the vastly expanding media. They began a “Them” versus “Us” labeling policy but the cohabitation Government of the country’s two major political parties, operating under the euphemism ‘National Unity Government’, became a victim of its own intrigue.

He said the Media Ministry, the official Government newspaper group and state television were, on the surface, supporting the Unity Government against the Opposition, but within, tug-of-wars were taking place; so much so, the President appointed a committee of his party loyalists to ascertain why he was not getting due prominence in the state media – a not-so-thinly veiled message to those backing the Prime Minister.

The Sri Lankan media keeps growing; the print media retains its influence, new publications keep sprouting up and television stations vie for ratings with politics and entertainment as their staple diet while social media adds the spice – usually by not allowing facts to get in the way of a good gossipy story, Ratnatunga added.

To have a say in this vast labyrinth, powerful politicians egg on businessmen they have helped amass wealth to start up newspapers, TV and radio stations; and to control this growing ‘monster’ the Government is regulating the issue of frequencies to who they think are politically ‘questionable’ applicants, also embarking on a new initiative to have a Media (Standards) Commission.

Like their predecessors in office, he said, the new Government uses the ‘carrot and stick’ policy. Journalists, given houses, motorbikes and computers are now being offered compensation for political victimization and physical harassment of the past years.