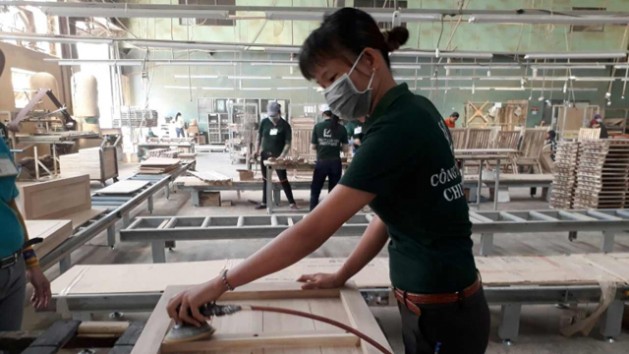 ROME, Apr 6 2017 (IPS) - Around the world, profound changes in the nature of work are underway, that’s clear. So it is a fact that the on-going transformations in the world of labour are disrupting the connection
between work, personal development and community participation.

On these major issues, which mainly affects the present and future of the youth, and in particular, the most vulnerable groups such as women, migrants, rural communities, and indigenous peoples, the world leading specialised body, the International Labour Organization (ILO), has posed seven key questions:

• How will societies manage these changes?
• Will they bring together or pull apart developed, emerging and developed economies?
• Where will the jobs of tomorrow come from and what will they look like?
• What are the challenges and opportunities young people are facing as they make the transition into the world of work?
• What do they see as the path forward to achieve sustainable inclusive growth for future generations?
• What are the new forms of the employment relationship and whether and to what extent that relationship will continue to be the locus for many of the protections now afforded to workers?
• What initiatives to revitalise existing norms and institutions and/or create new forms of regulation that may help to meet present and future governance challenges?

“Economic growth continues to disappoint and underperform – both in terms of levels and the degree of inclusion. This paints a worrisome picture for the global economy and its ability to generate enough jobs. Let alone quality jobs.” - Guy Ryder, ILO Chief

These questions are at the top on the agenda of a two-day (6-7 April) symposium, The Future of Work We Want: A Global Dialogue, organised by ILO at its headquarters in Geneva.

The event is an important step to gain greater understanding of the changes the world is witnessing and to develop effective policy responses that can shape the future of work, says ILO.

Around the world, in economies at all stages of development, profound changes in the nature of work are underway, the UN specialised body explains, adding that numerous and diverse drivers account for these: demographic shifts, climate change, technological innovation, shifting contours of poverty and prosperity, growing inequality, economic stagnation and the changing character of production and employment.

“The transformations we witness now challenge us to imagine the future of work over the long term in order to steer this evolution in the direction of social justice. Rising widespread anxiety about whether the future will produce greater polarisation within and between countries brings urgency to this task.”

Recognising the pressing need to begin marshaling global expertise to make the future of work the one we want, the ILO launched the The Future of Work Centenary Initiative.

Under it, the symposium has been structured around four “centenary conversations” — work and society; decent jobs for all; the organisation of work and production, and the governance of work

The event has gathered international thinkers and actors who are at the forefront of debates on each topic.

A special session has been devoted to discussing the perspectives for and views of young people –including representatives of the social partners– in the future of work they will experience.

Economic Growth Both Disappoints and Underperforms

“We are facing the twin challenge of repairing the damage caused by the global economic and social crisis and creating quality jobs for the tens of millions of new labour market entrants every year,” said ILO Director-General, Guy Ryder.

According to ILO chief, persistent high levels of vulnerable forms of employment combined with clear lack of progress in job quality – even in countries where aggregate figures are improving – are “alarming.”

In fact, ILO’s World Employment and Social Outlook – Trends 2017 shows that vulnerable forms of employment – i.e. contributing family workers and own account workers – are expected to stay above 42 per cent of total employment, accounting for 1.4 billion people worldwide in 2017.

In fact, almost one in two workers in emerging countries are in vulnerable forms of employment, rising to more than four in five workers in developing countries, said Steven Tobin, ILO Senior Economist and lead author of the report.

The report’s authors warn that unemployment challenges are particularly acute in Latin America and the Caribbean where the scars of the recent recession will have an important carry-over effect in 2017, as well as in Sub-Saharan Africa, which is also in the midst of its lowest level of growth in over two decades.

By contrast, unemployment should fall in 2017 among developed countries bringing their rate down to 6.2 per cent (from 6.3 per cent). But the pace of improvement is slowing and there are signs of structural unemployment.

In both Europe and North America, long-term unemployment remains stubbornly high compared to pre-crisis levels, and in the case of Europe, it continues to climb despite the receding unemployment rates.

Another key trend highlighted in the report is that the reductions in working poverty are slowing which endangers the prospects of eradicating poverty as set out in the United Nations Sustainable Development Goals.

The number of workers earning less than 3.10 dollars per day is even expected to increase by more than 5 million over the next two years in developing countries.

At the same time, it warns that global uncertainty and the lack of decent jobs are, among other factors, underpinning social unrest and migration in many parts of the world.

Between 2009 and 2016, the share of the working age population willing to migrate abroad has increased in almost every region of the world, except for Southern Asia, South-Eastern Asia and the Pacific.

The largest rise took place in Latin America, the Caribbean and the Arab States.

Both regions are confronted with strong growth in the numbers of individuals entering working age.