Children Now More Than Half of the 65 Million Displaced 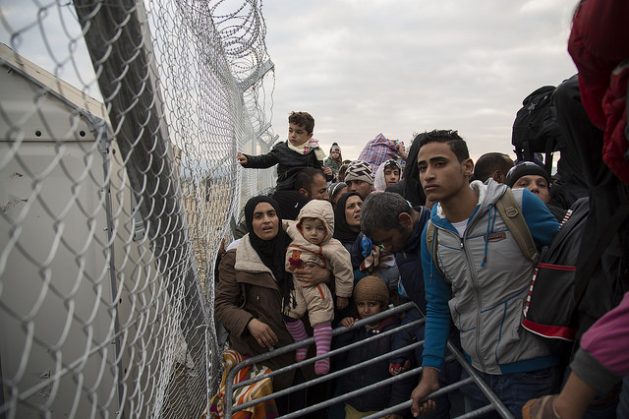 UNITED NATIONS, Jun 20 2017 (IPS) - Around 20 people are newly displaced every minute of the day, according to a new report.

In its annual Global Trends report, the UN’s refugee agency UNHCR has recorded unprecedented and concerning levels of displacement around the world.

“We are used to looking at the world and seeing progress, but there is no progress to be made in terms of conflict and violence that is producing people who have had to flee,” said the Director of UNHCR’s New York Office Ninette Kelley, ahead of World Refugee Day.

Of this figure, almost 23 million are refugees while over 40 million are displaced within their own countries. Approximately two-thirds of refugees have been displaced for generations.

Despite the slight decrease in displacement in the last year, the numbers are still “depressing” and “unacceptable,” Kelley told IPS.

“Each individual number really reflects a deep level of human loss and trouble and is experienced every minute and every second of every day,” she stated.

Much of the growth was concentrated between 2012 and 2015, and driven largely by the Syrian conflict which, now in its seventh year, has forcibly displaced over 12 million representing over half of the Middle Eastern nation’s population.

However, the biggest new concern is now South Sudan where renewed conflict and food insecurity is driving the world’s fastest growing refugee crisis.

At the end of 2016, 3.3 million South Sudanese were displaced, equivalent to one in four people, and the figures have only continued to rise in 2017.

Kelley particularly pointed to the disturbing rise in displaced children around the world. Though children comprise of 30 percent of the world’s population, they disproportionately make up over 50 percent of refugees.

Over 66 percent of South Sudanese refugees alone are children.

Meanwhile, over 75,000 unaccompanied or separated children applied for asylum, a figure that is assumed to be an underestimate.

“I really ask you to pause and think about your own children or your nieces or your nephews and then think about the journeys that refugees take across conflict areas, across deserts, climbing mountains, giving their lives to unscrupulous traffickers and smugglers. And imagine those journeys of children without their parents or without adult accompaniment—then they arrive, and they are alone,” Kelley said.

The majority of displacements continue to be borne by developing countries which host almost 85 percent of the world’s refugees under UNHCR’s mandate. Such refugee influxes cause additional stress to low and middle income countries which already lack the necessary resources for their own citizens.

Uganda, where 37 percent live on less than 1.25 dollars per day, is now the largest refugee-hosting nation in Africa with over 1 million refugees from South Sudan, Democratic Republic of the Congo, and Burundi.

Already unable to provide adequate health services and other public goods to its citizens, Uganda’s resources have become increasingly stretched.

Despite the bleak picture and severe imbalance in global responsibility sharing, there has been little action or progress in the issue of displacement.

In 2016, a little over 40 percent of UNHCR’s budget was left unfunded, impeding the agency’s ability to meet refugees’ needs including relief items, shelter, and education.

Though 189,000 people were resettled in 2016 and a total of 37 countries are now providing resettlement places, both of which represent increases from the previous year, the number of available resettlement spots are still “disappointingly small” relative to refugee flows, Kelley said, urging for new approaches in displacement response.

In addition to highlighting the need for conflict prevention and mitigation, Kelley noted the need for more resettlement places, opportunities for family reunification, education scholars, and work exchange programmes in order to broaden the possibilities for refugees embarking on dangerous journeys due to consequences beyond their control.

She pointed to the historic New York Declaration for Refugees and Migrants as a “positive” and comprehensive response framework to assist both refugees and the communities in which they live.

Adopted in 2016, the Declaration also tasks UNHCR with developing a global compact for safe, regular, and orderly migration which is undergoing negotiations in order for adoption by 2018.

Kelley also looked to action and engagement closer to home by individuals themselves, stating: “We can’t see these figures and sit back and say there’s nothing I can do.”

“We can volunteer, we can contribute, we can donate, we can educate, we can advise ourselves, we can try to build bridges within our own communities that seem to be widening day by day,” she concluded.

World Refugee Day is held every year on June 20th to commemorate, raise awareness of, and mobilize action for the millions of refugees around the world.