Has Disability Risen among the Elderly? 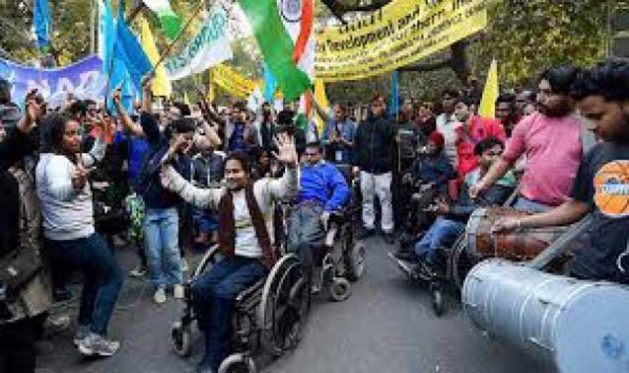 Disability is neither purely medical nor purely social. Rather, it is an outcome of their interplay.

NEW DELHI, Jul 31 2017 (IPS) - The Rights of Persons with Disabilities Act 2016 (or RPD Act) is laudable in its intent and procedural detail, but mostly silent on disabilities among the elderly. Indeed, for this reason alone, it is arguable that its overarching goal—“The appropriate Government shall ensure that the persons with disabilities enjoy the right to equality, life with dignity and respect for his or her integrity equally with others” —is mere rhetoric, if not a pipe dream.

Disability is part of human condition. Almost everyone will be temporarily or permanently impaired at some point in life, and those who survive to old age will experience increasing difficulties in functioning. Disability is neither purely medical nor purely social. Rather, it is an outcome of their interplay. Chronic diseases (e.g. diabetes, cardiovascular disease and cancer) are associated with impairments that get aggravated by stigma, discrimination in access to educational and medical services, and job market. Higher disability rates among older people reflect an accumulation of health risks across a lifespan of disease, injury, and chronic illness (WHO and World Bank, 2011). The co-occurrence of NCDs and disabilities among them poses considerably higher risk of mortality, relative to those not suffering from either or one.

Detailed evidence on disabilities and their correlates is particularly relevant as India’s elderly population (60 years or more) is growing three times faster than the population as a whole. Three demographic processes are at work: declining fertility rates, increasing longevity and large cohorts advancing to old age (Bloom et al. 2014). As both non-communicable diseases (NCDs) and disabilities tend to rise with age, often in tandem, the inadequacies of the present health systems, community networks and family support may magnify to render these support systems largely ineffective. If the costs in terms of productivity losses are added, the total cost burden of looking after the disabled elderly may be enormously higher in the near future.

Disability is usually measured by a set of items on self-reported limitations with severity of disability ranked by the number of positively answered items. Disabilities in activities of daily living (ADL) show dependence of an individual on others, with need for assistance in daily life. The activities of feeding, dressing, bathing or showering, walking 1 km, hearing, transferring from bed and chair, normal vision, and continence are central to self-care and are called basic ADLs.

A review of the evidence from the India Human Development Survey 2015 (IHDS) that tracks the same sample of individuals over the period 2005-2012, yields useful insights from a policy perspective. IHDS covers seven disabilities already defined.

The prevalence was much higher among the older elderly (i.e. >70 years) than among 60-70 years old. Besides, it shot up to over 50% among the former in 2012 as compared with 33% among the latter. So the more rapid the ageing of India’s population, the higher will be the prevalence of disabilities.

The disability prevalence was slightly higher among elderly females, but became considerably higher in 2012. From about 9.4% in 2005, it rose to nearly 40% in 2012. Thus lower survival prospects for elderly women are likely to reflect greater disability.

There was a reversal in the rural-urban disabilities, with a slightly larger prevalence in urban areas, but both rose substantially with a larger prevalence in rural areas (about 37% as compared with 35%). If we use caste as a predictor of socio-economic deprivation, we find that disabilities rose much faster among the SCs than in the General category, with the prevalence among the former rising from 6.9% to about 37%. Besides, each category (including OBCs, and STs) witnessed a sharp rise in disabilities.

There are two ways of examining the link between poverty and disabilities: one is to assess whether the prevalence of disability is higher among the poor, using the official poverty line, and another is to rely on a ranking based on assets. We prefer the latter, since income fluctuates more than assets. Distinguishing between the least wealthy (or the first wealth quartile) and the most wealthy (the fourth quartile), we find that while the prevalence of disabilities was about the same in both (about 9.7%), it rose at a much faster rate among the least wealthy, resulting in the highest prevalence (39.5%) in 2012. As there is a strong association between NCDs and disabilities (e.g. between diabetes and restricted mobility and vision impairment, heart disease and limited mobility, stroke and speech and mobility impairment), some of the risk factors associated with the former are also linked to the latter. These include smoking, alcohol consumption, dietary transition to consumption of energy-dense foods—high in salts, fats and sugars—and sedentary lifestyles. As the population ages, and the burden of NCDs rises, disabilities are likely to be far more pervasive. Compounded by lack of access to disability-related services (e.g. assistive devices such as wheelchair, hearing aid, specialised medical services, rehabilitation), and persistence of negative imagery and language, stereotypes, and stigma—with deep historic roots-leading to discrimination in education and employment—the temptation to offer simplistic but largely medical solutions must be resisted. In brief, a multidimensional strategy is needed that includes prevention of disabling barriers as well as prevention and treatment of underlying health conditions.

This story was originally published by The Sunday Guardian.