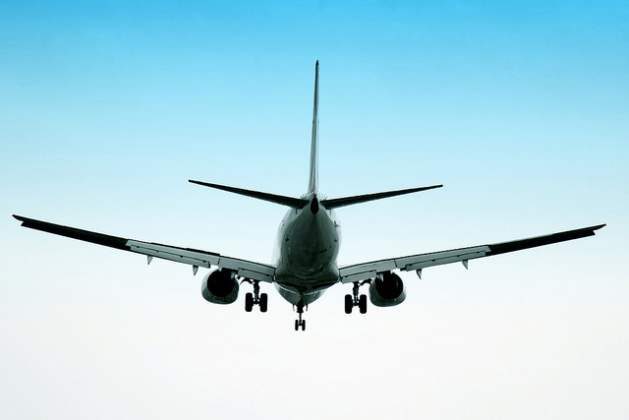 ABU DHABI, Aug 29 2017 (IPS) - Rising temperatures due to global warming may ground up to a third of airplanes worldwide in the decades to come, according to a recently published analysis by Columbia University.

During the hottest parts of the day, 10 to 30 per cent of fully loaded planes may have to shed a portion of their weight in order to take off safely, states the study.

Published in the journal Climatic Change, the study shows that more frequent heat waves will make it harder for aircraft to take off safely because warming air lessens the ability of airplane wings to generate lift.

Here is what happens – when temperatures rise, the air warms and the air spreads out and its density declines, making the air very thin. Wings of aircraft generate less lift as they race across a runway when the air is thin, explains Ethan Coffel, lead author of the study.

“Depending on the aircraft model, runway length, and other factors, at some point a packed plane may be unable to take off safely if the temperature gets too high,” he added.

The research estimates that if the global emission rate continues to grow, fuel capacities and payload weights for some aircraft will have to be reduced by as much as 4 per cent on the hottest days at many major airports worldwide.

Averaged over all land and ocean surfaces, temperatures have warmed up roughly 0.74ºC over the last century with more than half of this warming—about 0.4°C — occurring since 1979, according to the Intergovernmental Panel on Climate Change.

This may already have started to affect aviation – American Airlines, for example, had to cancel more than 40 flights out of Arizona and Las Vegas when daytime highs of nearly 120°C made it too hot for smaller regional jets to take off amid a heat wave this summer in June.

American Airlines, for example, had to cancel more than 40 flights out of Arizona and Las Vegas when daytime highs of nearly 120°C made it too hot for smaller regional jets to take off amid a heat wave this summer in June.
A handful of studies warn that warming climate may increase dangerous turbulence along major air routes, and head winds that could lengthen travel times while rising sea levels are already threatening to swamp some major airports.

“This points to unexplored risks of changing climate on aviation,” said coauthor Radley Horton, a climatologist at Columbia University’s Lamont-Doherty Earth Observatory. Most narratives so far have solely focused on how aviation impacts global warming (aircraft comprise about 2 percent of global greenhouse-gas emissions) and not how rising temperatures will impact it.

“As the world gets more connected and aviation grows, there may be substantial potential for cascading effects – economic and otherwise,” he added.

And worldwide, average temperatures are expected to go up as much as another 3°C by 2100.

The study projects the affect on a wide range of jets as well as some of the busiest airports in the United States, Europe, the Middle East, China and South Asia.

Airports likely to be most affected according to the researchers’ appraisal of 19 major airports include New York’s LaGuardia, due to short runways, and Dubai International Airport in the United Arab Emirates, because of scorching heat.

“Our results suggest that weight restriction may impose a non-trivial cost on airline and impact aviation operations around the world,” said lead author Ethan Coffel, a Columbia University PhD. student.

“Dubai, Abu Dhabi, and Qatar that have all invested heavily in aviation have worse problems. Their runways are long but their temperatures are already very high,” says C B Ramkumar, a writer, speaker, and consultant on applied sustainability, in response to the report.

“While some effects could be mitigated with new engine or body designs, or expanded runways, all these modifications would come at a cost, in an industry that is already struggling with wafer thin margins,” added Ramkumar.

The report concluded that the sooner climate can be incorporated into mid- and long-range plans, the more effective adaptation efforts can be.