Jessica Neuwirth is founder of Donor Direct Action, an international organization which partners with women’s groups working to end commercial sexual exploitation on the front lines around the world.

NEW YORK, Dec 11 2018 (IPS) - Seventy years ago, the Universal Declaration of Human Rights (UDHR) was signed in the Palais de Chaillot in Paris. Following two devastating world wars the United Nations General Assembly set out a brand new vision of human rights that the world could agree on going forward. It is still the benchmark by which most modern-day human rights organisations live. 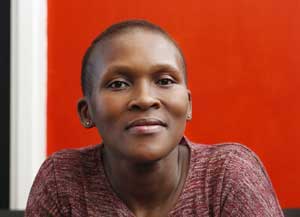 The first line of the Declaration states in a clear and compelling way that all human beings are born free and equal. In practice, freedom and equality are the foundation from which every other fundamental human right is derived.

The Universal Declaration also recognizes that nobody should be held in slavery or servitude. This includes the many million women and girls who are caught in the devastating sex trade.

Despite the clarity of this issue in the minds of women’s rights advocates and survivors of prostitution some United Nations agencies – including UNAIDS and UNDP, as well as some high profile human rights groups such as Human Rights Watch and Amnesty International – have ignored this basic tenet and have instead called for the decriminalization of pimping, brothel-owning and patronizing prostitution.

Over the last twenty years the evidence against decriminalizing all aspects of the sex trade has become much clearer. The Netherlands, Germany and New Zealand removed sanctions on the purchase of sex and either decriminalized or legalized pimping and brothel-keeping.

As a result, Germany has been compared to a “giant teutonic brothel” by The Economist while Amsterdam has been backtracking from its failed experiment to protect prostituted persons.

Meanwhile, the growing evidence on what does work points to the Nordic or Equality model, pioneered by Sweden in 1999 and followed by Iceland, Norway, Canada, Northern Ireland, France and the Republic of Ireland.

Israel and others are also looking at this policy approach. It is no coincidence that many of these countries rank highest in terms of gender equality.

While the groups listed above support the right of men to buy sex, they have inexplicably ignored evidence of the Equality model’s success.

The fact that gender and other structural inequalities are at the root of prostitution appears to have also been conveniently ignored. When such respected groups officially condone the purchase of sex and the horrifying human rights violations experienced by women trapped in prostitution they create an inexcusable veil of legitimacy, behind which those forced into the sex trade by poverty become collateral damage for maintaining the “rights” of men to buy sex.

Unfortunately, Human Rights Watch and Amnesty, both male-led organizations, have in effect disowned the UDHR as it relates to the modern day subjugation of women.

As the South African sex trade survivor Mickey has said, prostitution is not only the embodiment of sexism and violence against women and girls, it is also a deep reflection of racism, poverty and other inequalities: “it is no coincidence that the majority of individuals in prostitution in South Africa are poor black women.”

Let’s be very clear about it: prostitution preys on the vulnerable – mostly women – and continues to exist because men who freely choose to buy sex want to enact their privilege in a dominant and abusive way. I have not heard any counter-argument from Amnesty or Human Rights Watch that negates this basic concept.

We can never achieve any form of equality in society as long as this extreme abuse of power by one human being over another is legitimized as a “commercial transaction”. These organizations should re-read Article 1 of the Universal Declaration of Human Rights: All human beings are born free and equal in dignity and rights.