KUALA LUMPUR, Malaysia, Jan 8 2019 (IPS) - After US President Donald Trump withdrew from Obama’s Trans-Pacific Partnership (TPP), involving twelve countries on the Pacific rim, on his first day in office, Japan, Australia and their closest allies proposed and promoted the Comprehensive and Progressive Trans-Pacific Partnership (CPTPP) to draw the US back into the region to counter China’s fast-growing power and influence. 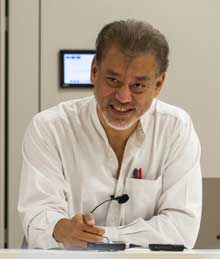 Geostrategic deal to re-engage US in East Asia
The modest projected gains claimed by the most popularly used trade models are based on dubious methodologies. President Obama had explicitly promoted the TPP for geostrategic reasons even though both US government cost-benefit analyses found very modest gains from the free trade agreement (FTA).

With miniscule real trade gains from the original TPP, US withdrawal has made benefits from the regional agreement even more trivial. Without the US market, the TPP’s supposed benefits largely disappeared with the CPTPP. Hence, while its proponents hope the CPTPP will re-engage the US as hegemon in the region, TPP advocates have become even more desperate for US participation.

The Peterson Institute for International Economics (PIIE), the main TPP and CPTPP advocate, claimed most (85%) growth gains from non-trade measures (NTMs), not trade liberalization per se. Such claims were largely refuted by the 2016 US International Trade Council (ITC) report.

The World Bank used PIIE consultants to make even more exaggerated claims of TPP gains in early 2017, ignoring most costs and risks. CPTPP advocates have made even more extravagant claims about supposed benefits since.

From the frying pan into the fire
Informed analysts know that CPTPP losses, costs and risks are much greater than for the TPP while gains will be more trivial despite cheerleaders’ claims to the contrary. More worryingly, very few developing country negotiators have actually scrutinized and understood the likely implications of the 6350 page TPP agreement.

Some minor changes were made to the TPP agreement for the CPTPP. Several onerous provisions were amended, and some others suspended, leaving most unchanged. Only a few CPTPP governments secured ‘side letters’, exempting them from some specific clauses.

With the economic slowdown of the last decade wrongly attributed to the end of trade expansion since 2009, and the more recent ‘populist-nationalist’ reversal of trade liberalization, wishful thinking has emerged that the CPTPP will somehow magically enhance economic growth and progress.

Developmental, multilateral FTA needed
Increased market access for exports typically requires trade liberalization by others, but trade liberalization also undermines food and industrial production. Recognizing such problems after the end of the Uruguay Round of trade talks led to the creation of the World Trade Organization (WTO) in the mid-1990s, most developing country members have since sought to ensure that WTO rules are more development-friendly, launching a Development Round at its Doha biennial ministerial conference in late 2001.

As trade liberalization advocate Jagdish Bhagwati has argued, bilateral and plurilateral FTAs have long undermined WTO-led trade multilateralism. At the national level, developing country governments should amend legislation and policy in line with their needs, especially for development, not at the behest of corporate lobbyists or geostrategic priorities.