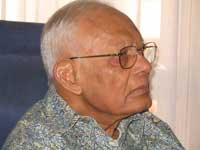 Any resulting WTO agreement, especially one to make e-commerce tax- and tariff-free, will require amendments to its existing goods agreements, the General Agreement on Trade in Services (GATS) and the Trade-Related Intellectual Property Rights (TRIPS) agreements. If it is not an unconditional agreement in the WTO, it will violate WTO ‘most favoured nation’ (MFN) principles.

This will be worse than the old, and ostensibly extinct ‘Green Room’ processes — of a few major powers negotiating among themselves, and then imposing their deal on the rest of the membership. Thus, the proposed e-commerce rules may be ‘WTO illegal’ — unless legitimized by the amendment processes and procedures in Article X of the WTO treaty.

Any effort to ‘smuggle’ it into the WTO, e.g., by including it in Annex IV to the WTO treaty (Plurilateral Trade Agreements), will need, after requisite notice, a consensus decision at Ministerial Conference (Art X:9 of treaty) . It may still be illegal since the subjects are already covered by agreements in Annexes 1A, 1B and 1C of the WTO treaty.

While digital technology and trade, including electronic or e-commerce, can accelerate development and create jobs, if appropriate policies and arrangements are in place, e-commerce rhetoric exaggerates opportunities for developing country, especially small and medium enterprises. Instead, the negotiations are intended to diminish the right of national authorities to require ‘local presence’, a prerequisite for the consumer and public to sue a supplier.

Further digital liberalization without needed investments to improve productive capacities, will destroy some jobs, casualize others, squeeze existing enterprises and limit future development. Such threats, due to accelerated digital liberalization, will increase if the fast-changing digital economic space is shaped by new regulations influenced by TNCs.

Diverting business through e-commerce platforms will not only reduce domestic market shares, as existing digital trade is currently dominated by a few TNCs from the United States and China, but also reduce sales tax revenue which governments increasingly rely upon with the earlier shift from direct to indirect taxation.

Developing countries must quickly organize themselves to advance their own agenda for developmental digitization. Meanwhile, concerned civil society organizations and others are proposing new approaches to issues such as data governance, anti-trust regulation, smaller enterprises, jobs, taxation, consumer protection, and trade facilitation.

New approach needed
A development-focused and jobs-enhancing digitization strategy is needed instead. Effective national policies require sufficient policy space, stakeholder participation and regional consultation, but the initiative seeks to limit that space. Developing countries should have the policy space to drive their developmental digitization agendas. Development partners, especially donors, should support, not drive this agenda.

Pro-active measures needed
Following decades of economic liberalization and growing inequality, and the increasing clout of digital platforms, international institutions should support developmental digitization for national progress, rather than digital liberalization. Developing country governments must be vigilant about such e-commerce negotiations, and instead undertake pro-active measures such as:

Data governance infrastructure: Developing countries must be vigilant of the dangers of digital colonialism and the digital divide. Most people do not properly value data, while governments too easily allow data transfers to big data corporations without adequate protection for their citizens. TNC rights to free data flows should be challenged.

Employment: Developmental digitization must create decent jobs and livelihoods. Labour’s share of value created has declining in favour of capital, which has influenced rule-making to its advantage.

Taxation: The new e-commerce proposals seek to ban not only appropriate taxation, but also national presence requirements where they operate to avoid taxes at the expense of competitors paying taxes in compliance with the law. Tax rules allowing digital TNCs to reduce taxable income or shift profits to low-tax jurisdictions should be addressed.

Competition: Digital platforms must be better regulated at both national and international level. Policies are needed to weaken digital economic monopolies and to support citizens, consumers and workers in relating to major digital TNCs.

Chakravarthi Raghavan, Editor-emeritus of South-North Development Monitor SUNS, is based in Geneva and has been monitoring and reporting on the WTO and its predecessor GATT since 1978; he is author of several books on trade issues.
Jomo Kwame Sundaram is Senior Adviser with the Khazanah Research Institute. He was an economics professor and United Nations Assistant Secretary General for Economic Development.